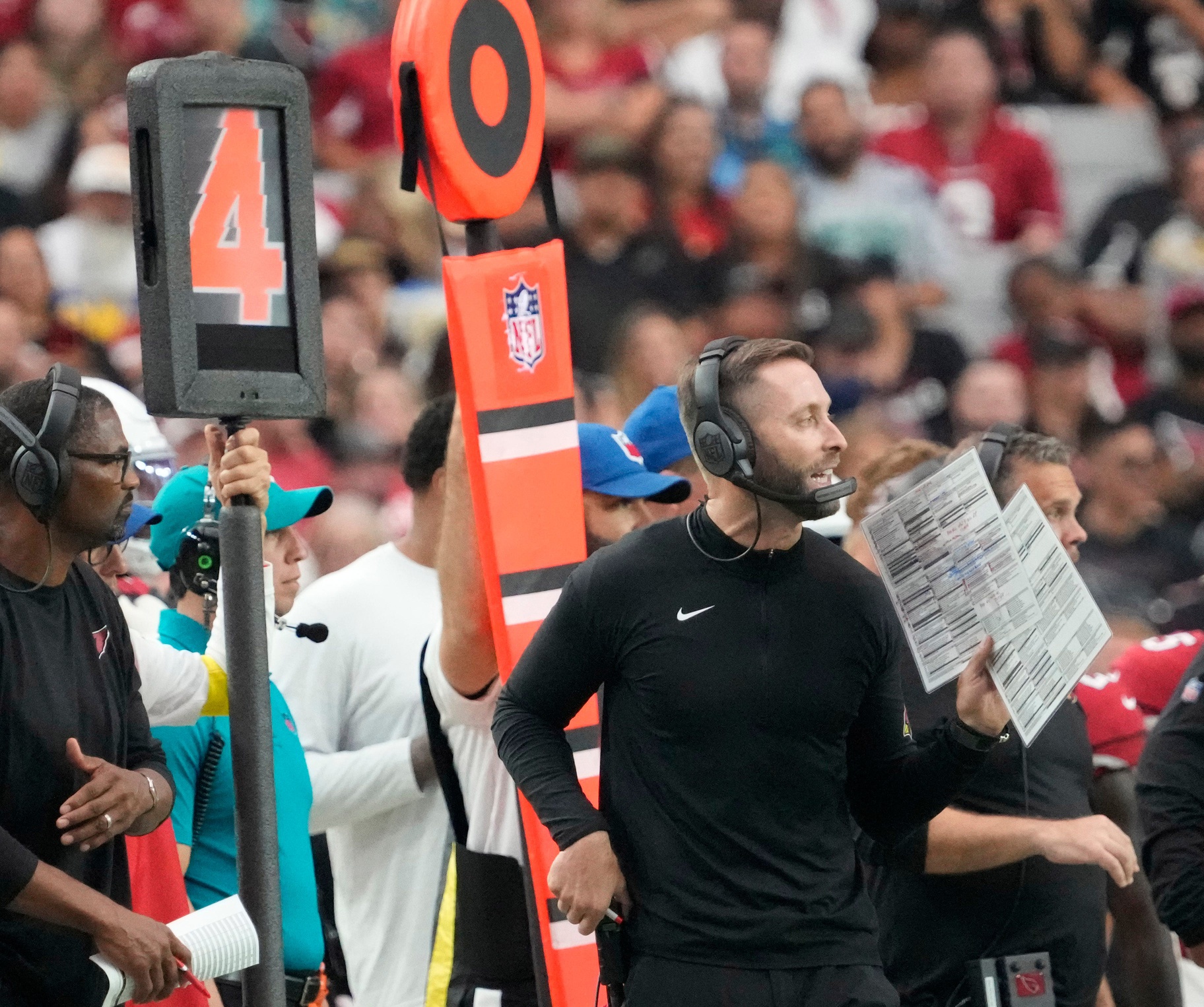 The Arizona Cardinals were able to march off the field with a 26-16 victory against the Carolina Panthers in Week 4. Much of Arizona’s success was thanks largely in part to the defense’s pressure.

Still, head coach Kliff Kingsbury was impressed with what he saw in the running game from his offense.

During a postgame conference, Kingsbury alluded to how the ability to get going from a running aspect was critical.

Kingsbury w/@PaulCalvisi postgame, "We rush the ball like that, we're a better football team"#AZvsCAR

Arizona’s top two rushers in James Conner and Eno Benjamin combined for a total of 91 rushing yards. It was a bright spot that caught wind quickly for viewers, and it ushered in the notion of the Cards needing to allow the running option more.

Even quarterback Kyler Murray was able to put together 26 yards on scrambling loose. One attempt resulted in a touchdown when desperately needed. Kingsbury noted that Murray hasn’t had many plays designed for him in that regard, but it could be an option.

Kingsbury w/@PaulCalvisi postgame, "Not a ton" of designed runs for Kyler Murray; added "it's a good weapon" to have re: Murray's 12 rushing attempts#AZvsCAR

Benjamin also became a highlight of the game. There’s potential in Kingsbury allowing Benjamin more snaps in the future, possibly even next week against the Philadelphia Eagles.

A Strong Second Half Leads to Cardinal’s 26-16 Victory

As for Murray’s 12 attempts, it could be an intriguing spot to Arizona’s developing offense. Murray has found success so far this season eluding defenses out of the backfield.

Arizona will have its work cut out in Week 5, so stringing together successes from the past two outings will be crucial. The Cardinals will face an undefeated Eagles squad that’ll look to keep their streak alive.

While there were plenty of sore spots in Sunday, the hope is that Arizona won’t make it a constant headline throughout the season. Beating a lowly Panthers squad won’t do much in the eyes of naysayers, but exploiting the running game against Philadelphia could prove successful.