A Strong Second Half Leads to Cardinal’s 26-16 Victory 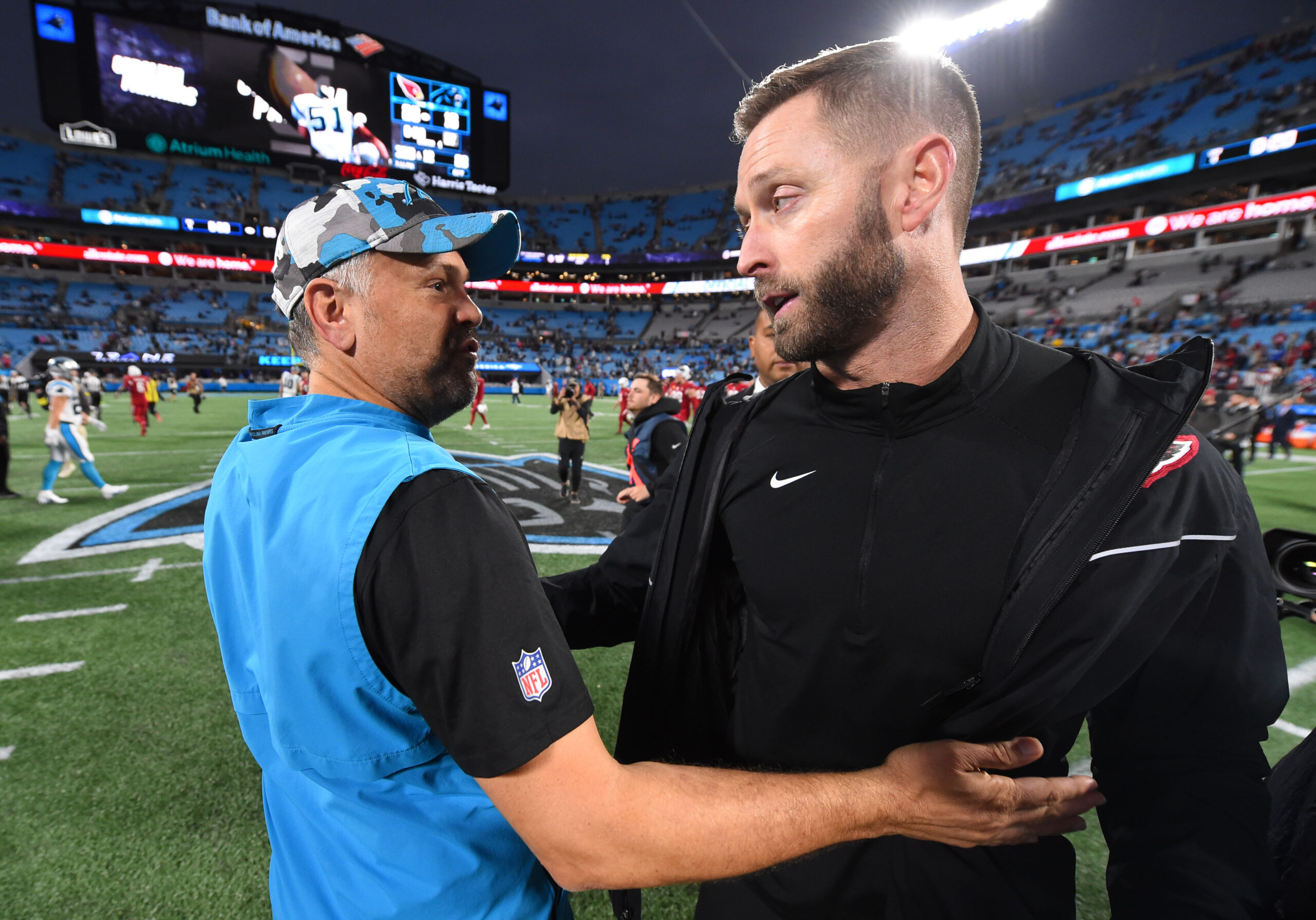 For the fourth straight week, the Cardinal’s offense began the game struggling to get anything going. However, the second half was a completely different story as Arizona rolled over Carolina to take home a week four victory

The boos rolled into Bank of America Stadium in the fourth quarter as Baker Mayfield threw for less than 150 yards, had only one touchdown, and threw two interceptions. Led by JJ Watt, the Cardinal’s defensive line was relentless when it came to tipping passes in the air. In total, nine passes were swatted, the most for this defense since October of 2018.

The Panthers did not find their way into the red zone until less than 5 minutes remaining in the fourth quarter. This strong defensive effort led the Cardinals to a 26-16 victory and snapped Kliff Kingsbury’s losing streak against Carolina.

Along with holding the Panther’s passing game, Arizona managed to keep RB Christian McCaffery in check. McCaffery ran for only 27 yards, the least amount seen from the pro bowler since week 16 of the 2019 season.

On the offensive side, Arizona played a much better well-balanced game than previously seen. The Cardinals ran the ball more than they threw for the first time this year. RB James Conner led the way with 55 yards followed by Eno Benjamin and Darrell Williams getting their fair share of touches.

Additionally, QB Kyler Murray ran the ball 12 times, his most attempts since week 13 of 2020.

From the air, Murray threw for over 200 yards and two touchdowns. Marquise Brown was the leading receiver for his second week in a row finishing with 88 yards and a touchdown.

The Cardinals outscored the Panthers 23-6 in the second half. Arizona controlled the time of possession by a large margin as they held the ball on offense for 39 minutes of the game.

Improving their record to .500, the Cards will face off against the undefeated Eagles in a week 5 matchup.