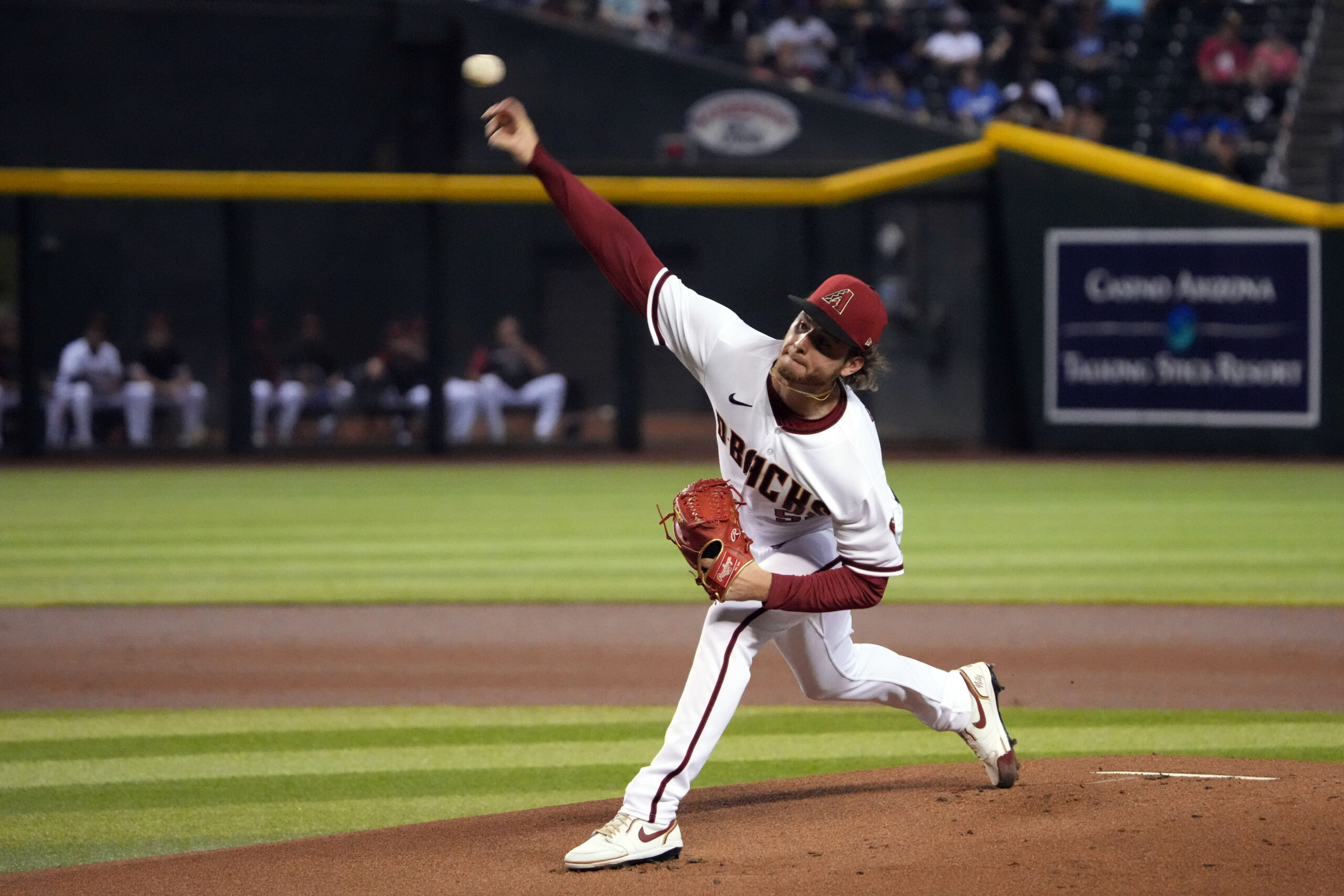 Ryne Nelson pitched in his second MLB game tonight against arguably the best lineup in baseball, the Los Angeles Dodgers. He came out and showed the world that Ryne Nelson is the Real Deal.

In his first ever start he pitched 7 complete innings with 7 K’s and 0 earned runs. Tonight going up against the Dodgers, fans assumed we would see what this kid is really about.

It turns out that is what he does on a regular basis. Tonight he pitched 6 complete innings with 6 K’s and 0 earned runs. Nelson only gave up 2 hits tonight which brings his total to 6 hits in two starts with 0 earned runs.

His ERA is 0.00, now we watch and see how long this trend can last. He will be a big part of Arizona’s rotation next season. However for the remainder of this season, I want to watch him go scoreless. Picking up where Zac Gallen left off.

The Rest Of The Game:

When Nelson excited the game, the score was 0-0 bottom of the 6th inning. We were in the middle of an amazing pitchers duel between Nelson and Tyler Anderson of the Los Angeles Dodgers.

The next inning in the top of the 7th, the Dodgers put up 3 runs to break the tie and put up the games first runs all night. 3-0 LA.

The Diamondbacks would be completely shut out, and with the Dodgers tagging on 3 more in the 9th. The game ended 6-0 Dodgers.