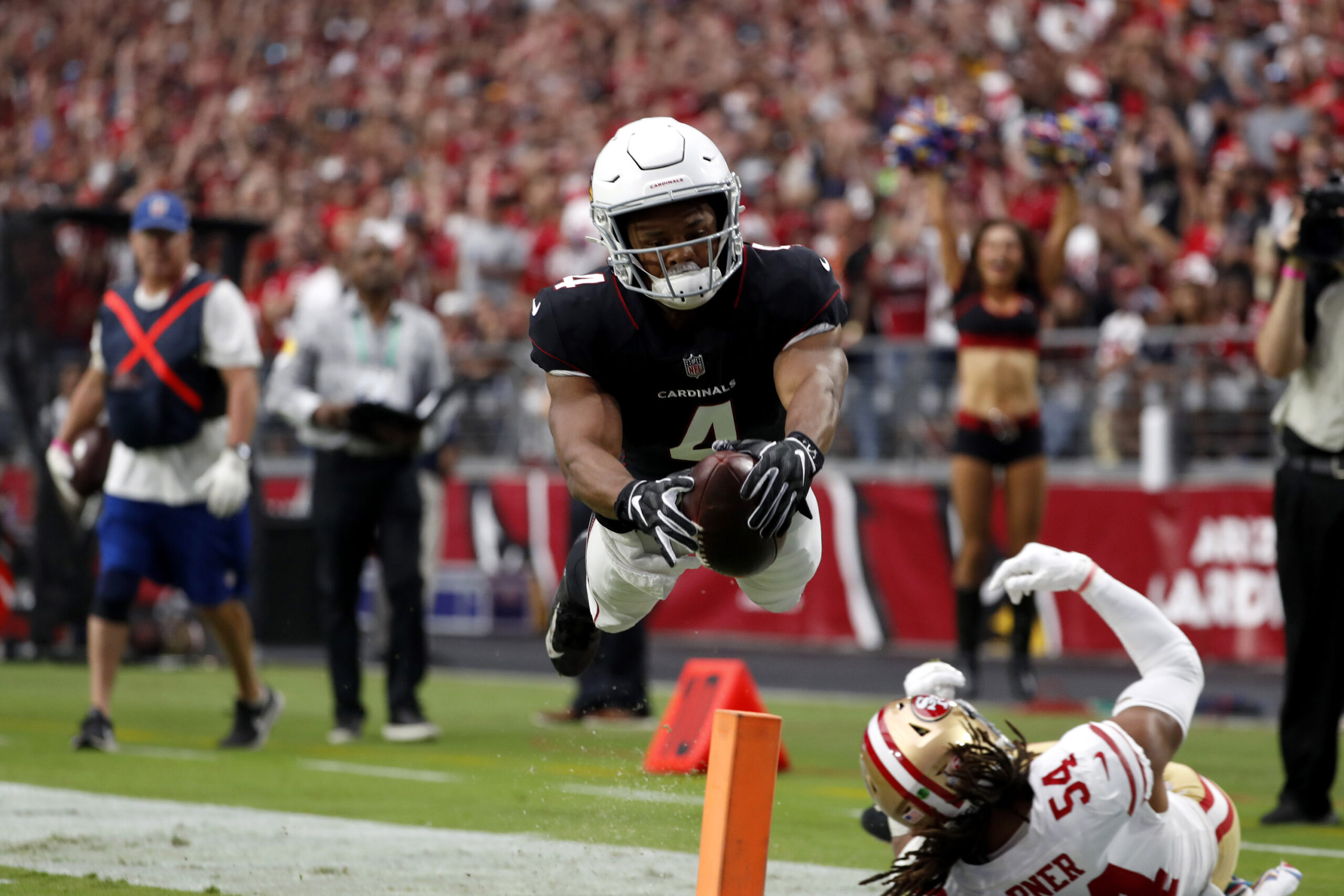 The Arizona Cardinals will begin their 2022 season with a heavyweight matchup against the Kansas City Chiefs. As week one approaches, the excitement of fantasy football indulges sports fans all across the country.

However, the excitement also comes with a cloud of doubt regarding who should make the final roster on a fantasy football team. The Cardinals in past years are not known to have any sort of breakout players besides QB Kyler Murray, but that may change this season.

Let’s take a look at one player who can work great in the flex position for week one.

All rankings and projections are from ESPN FF.

Rondale Moore is a great example of an undervalued player. The 22-year-old WR was drafted on average 168th overall. While he did only have one breakout week during 2021, Moore is stepping into a much bigger role this year.

With DeAndre Hopkins out, Moore will see plenty more targets as he is now entering his second season. A week one matchup against the Chiefs can create the perfect opportunity for him to start the season off on a high note. Kansas City is not known for their stellar defense as last year they ranked 26th overall in both total yards allowed and passing yards allowed. While they did sign rookie CB Trent McDuffie to a 4-year contract, the Chiefs are relying on young talent in the backfield way too much. They have made it obvious that they are more concerned about building a strong offense around their super bowl winning quarterback, Patrick Mahomes.

Not to mention, Rondale’s breakout week in 2021 came against the Minnesota Vikings who were ranked 28th in the NFL for yards given up. During this breakout week, he had seven receptions for 117 yards and a touchdown.

Rondale Moore also has the opportunity to create even greater value with his undeniable speed. The Arizona Cardinals gave him some reps from the running back position throughout 2021. Although he only saw eight rushing attempts, Arizona is now without Chase Edmonds. Kliff Kingsbury throwing in Rondale as a multi-position player could add incredible fantasy value. Think in the terms of what we saw from Deebo Samuel last year with the San Francisco 49ers.

Moore is currently projected to score 6 points and is only starting on 2.1% of fantasy football rosters.

This value is insanely low considering the Cardinals are known for their “air raid” style of offense behind Kliff Kingsbury. Especially in a matchup against a difficult opponent such as the Chiefs, Arizona will be forced to play all of their cards. Kliff is no stranger to taking risks and trying out new plays. Moore is the perfect offensive weapon that can be utilized in these situations.

The perfect storm is brewing for a week one breakout for second year WR Rondale Moore.

Should the Diamondbacks keep or move on from Christian Walker?
Top Five Running Backs in Cardinals History
Loading More Posts...