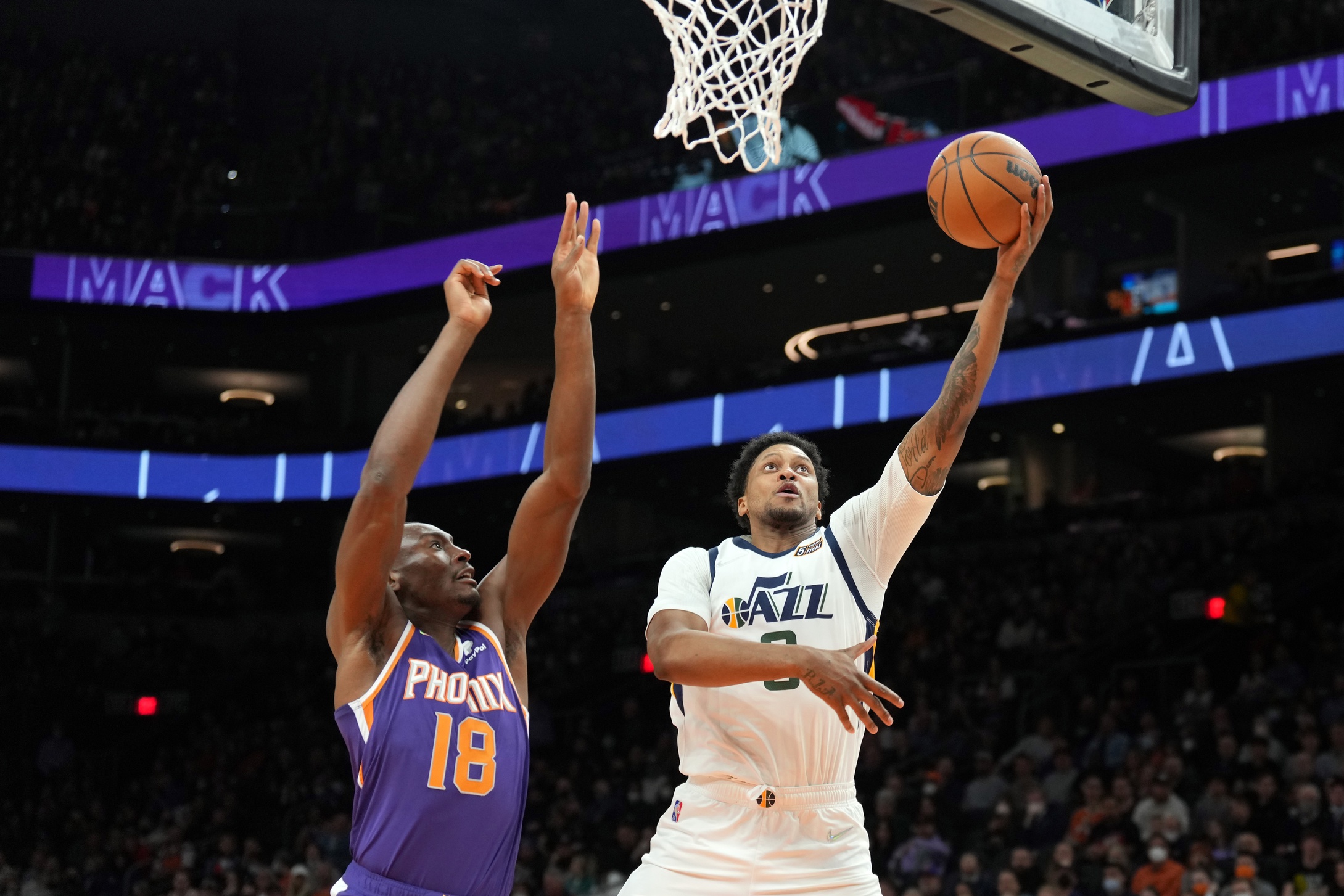 The Phoenix Suns have already expressed an interest in Utah Jazz forward Bojan Bogdanovic, but there’s another player from the Jazz that could prove beneficial to the roster.

Rudy Gay finds himself in the midst of a roster overhaul in Utah currently. After the blockbuster trades of Donovan Mitchell and Rudy Gay, everyone seems for sale. If so, Gay could be another intriguing name that the Suns should inquire about.

Bogdanovic is said to have multiple potential suitors, which doesn’t give Phoenix the edge in that race. Gay, however, could be a sleeper target for the Suns at a cheaper bargain. Gay’s only set to make $6.4 million this season, which is a feasible salary for any team to absorb. The Suns would have to give up minimum assets to obtain Gay’s services.

Of course, Gay isn’t the same player he was from his Sacramento Kings’ days. He recently turned 36, which shows that the better part of his playing days are in the rearview. Still, Gay was able to knock down 34 percent of his threes last season on only 18 minutes per game. He also saw the lowest usage of his career at 19.3 percent.

Much like Bogdanovic, Gay is a player that can create his own shot if need be. In the prime of his career, Gay was seen as a primary scoring option.

Phoenix will possibly use Gay in the same manner that he became accustomed to in Utah. In any deal, Jae Crowder would likely be the player being moved. Crowder has subtly voiced his desire to be in a bigger role, and that may not happen given Cameron Johnson’s development.

If Bogdanovic is available in a feasible deal for Phoenix, he still obviously remains the No.1 priority. However, being able to grab a proven veteran in Gay wouldn’t be a farfetched backup plan should things go awry.