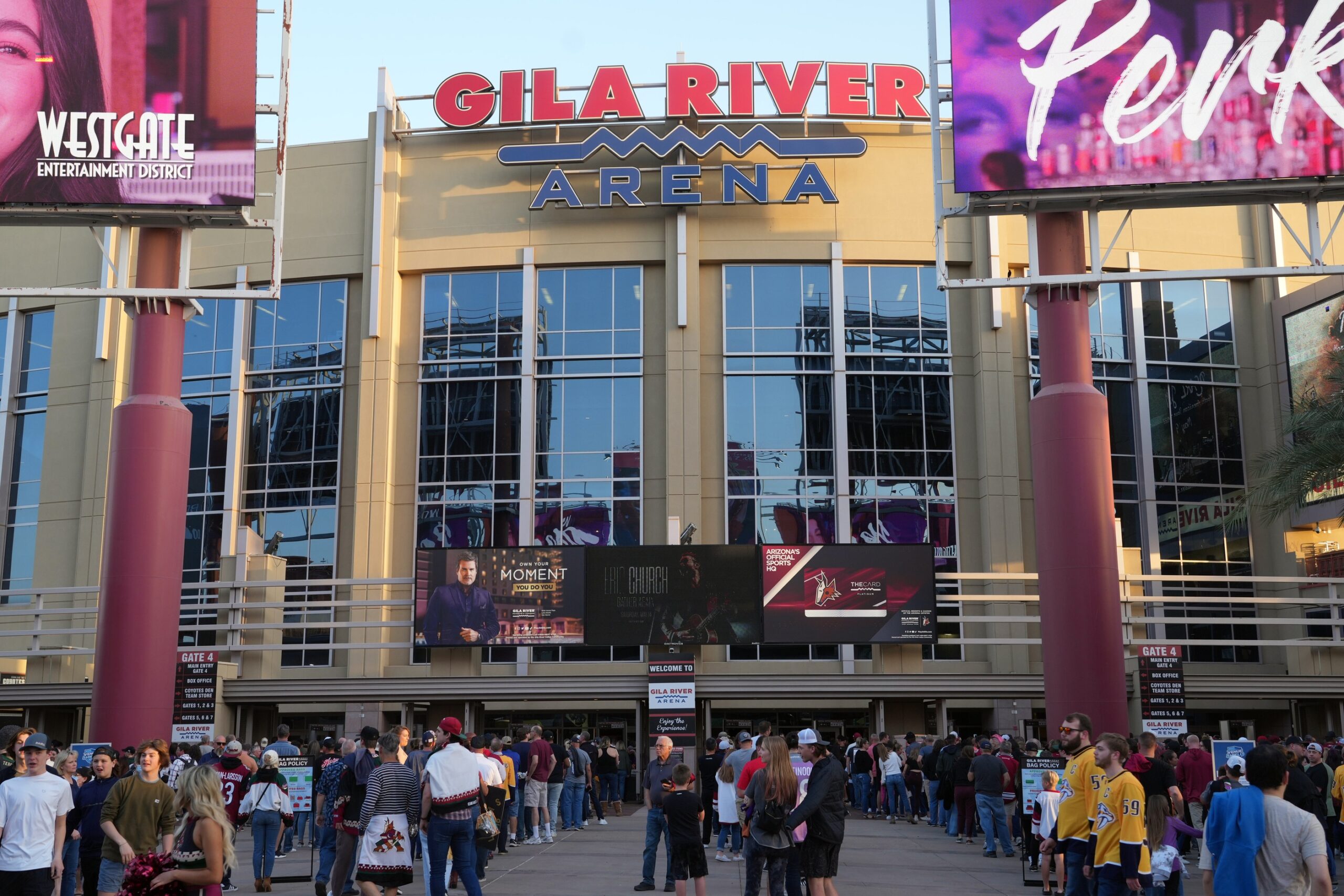 After years of negotiations the Arizona Coyotes get the new arena they have been asking for. Sharing an arena with Arizona State University, this is the best thing that could of happened to this franchise.

Why this is bigger than the actual building itself, and why this is the perfect time for a franchise starving for a new start…

Before I get into the anything on ice or hockey related, the location of the new arena will give the ‘Yotes a true home ice advantage.

The old arena was huge, and it was outdated, mimic of a late ’90’s Hollywood hockey movie. Oh, did I mention it was about an hour and a half drive from the heart of Phoenix, bringing up many problems when it comes to building a fan base.

Now that they are in the heart of Tempe, Arizona which is home to Arizona State University; the fanbase will completely change. From old sophisticated fans that have the time and money to make it Glendale to young rowdy fans who can easily catch the light rail or walk to the new arena.

The Coyotes will have a smaller more interactive experience with fans, moving from a 17,000 seat arena to a 5,000 seat arena will finally give a true home ice feel. If this will be anything like I am expecting, the house will be rocking for the Yotes which is something that has not happened in a while. Usually fans skip out on the Coyotes games because of the commute and inconvenience.

It made sense 19 years ago to build Gila River Arena out there because the Arizona Cardinals at the time just moved from Tempe to Glendale, breaking the hearts of Phoenicians. Yet the Cardinals only playing once a week mixed with the NFL pull being much greater than that of the NHL’s. The Cardinals can afford to force fans to make the hour commute once a week, the Coyotes can not.

Now that the ‘Yotes will be in the city and within 15 minutes from where the Diamondbacks and Suns play, it is a no brainer that the Coyotes will play in front of a packed house for the first time in nearly a decade.

Along with the location, location, location; the Coyotes have re-vamped the teams look with new jerseys and have gotten faster, younger, and overall better. They will put out a competitive team to skate in the dessert this year, combine that with fans excitement and I see a firecracker with the fuse burning; ready to explode.

This 2022-2023 season will be one to remember for a long time to come, at least that is the buzz around this locker room and front office.

As great of a move as it is for the franchise, it is a sad good bye to Gila River Arena, which was built specifically for the Coyotes will now be a lonely, huge hole in the middle of Glendales’ Westgate night life. Besides the occasional concert, I do not see any use for it, because it is the 5th or 6th venue on the list for most acts booking Phoenix shows. My prediction is that the Arena will collect dust for 5 years before being torn down to make room for Cardinal parking lots. It was not a bad 19 year run, it will be remembered by Coyote’s faithful forever, yet it was not a good 19 year run either.