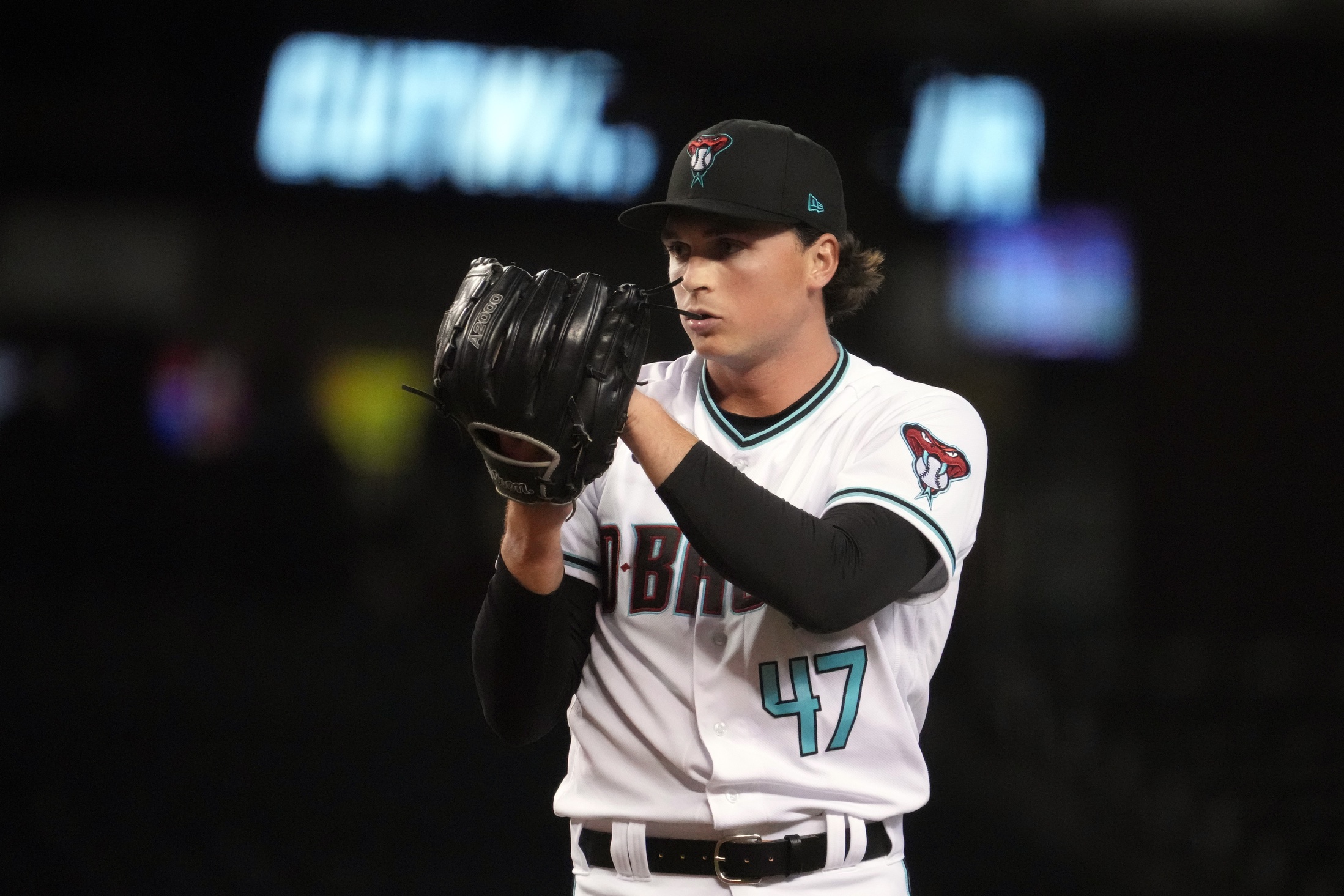 After Merrill Kelly, Zac Gallen, Zach Davies, and Madison Bumgarner pitching a beauty this week, Tommy Henry decided it was his turn. The kid is electric.

The 25-year-old lefty pitched an absolute gem in his second major league start with the Arizona Diamondbacks on Tuesday night when he took the mound against the Pittsburgh Pirates, and dominated!

He pitched a complete 7.0 innings only giving up 4 hits and 1 run late in the game. When he left the game his team had a 2-1 lead, and the D-Backs quickly scored 4 more, giving them a 6-1 lead going into the 8th.

The Pirates would score 3 more of their own, but Arizona would eventually hold on to win, 6-4.

The story I am focused on, however, is the Arizona Diamondbacks’ starting pitching, with Tommy Henry’s impressive performance at such a young age on the heels of what the other 4 starters have been able to do the last month and some change can only give opposing line-ups chills.

To imagine this rotation in a playoff series is a dream we may have to wait a year or two to see, but as far as July and August, I have not seen any better pitching performances as a whole rotation.

After winning the first two games of this 4 game series with the Pirates, Madison Bumgarner will take the bump on Wednesday, facing Mitch Keller.

The Arizona Diamondbacks will look to win the series tomorrow by taking the first 3 games in a row.