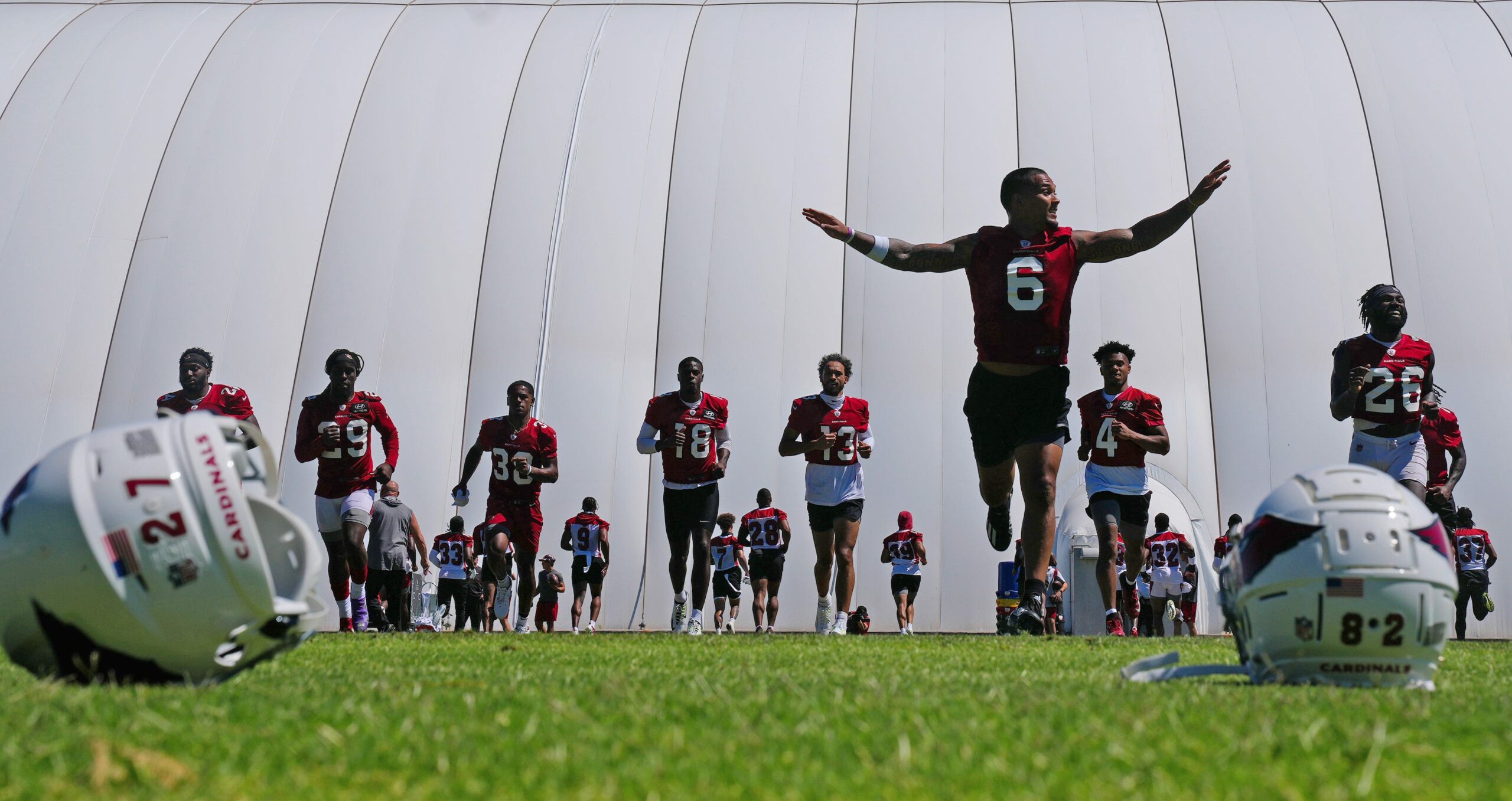 A new day equals new problems for the Arizona Cardinals this offseason. The most recent scandal being the teams running backs coach, James Saxon, who is now facing two domestic battery charges. These charges come after an alleged physical situation that took place on May 7th.

From the ESPN report, on May 25th, Saxon was also charged with a Level 6 felony ” for allegedly assaulting a woman in front of a child younger than 16 years old”. The accusation came after an argument in the women’s home which she shares with her mother. He allegedly yelled:

“You got your gun? You might as well just shoot me now!”

The typical punishment for a Level 6 felony is 6 months to 2.5 years in prison along with a fine of up to $10 thousand.

No trial date has been set yet, but attorneys are planning to meet on August 25th where they will discuss further details.

James Saxon has continued to coach for the team over the offseason. However, the team is just now addressing the situation as on Thursday they said they are “looking into the matter”.

To make matters even worse, Saxon had a restraining order and had to carry a GPS monitoring system around with him at all times. This was not removed from until July 21st, meaning he was wearing the monitor during the team’s practices.

As for now, it is unsure what the teams next step will be to addressing the situation. One would assume, Saxon will be on the sidelines come week one.

Arizona Cardinals Sign Marcell Ateman
Kliff Kingsbury on Kyler Murray’s return from COVID: “If he does anything it will be minimal, football wise”
Loading More Posts...