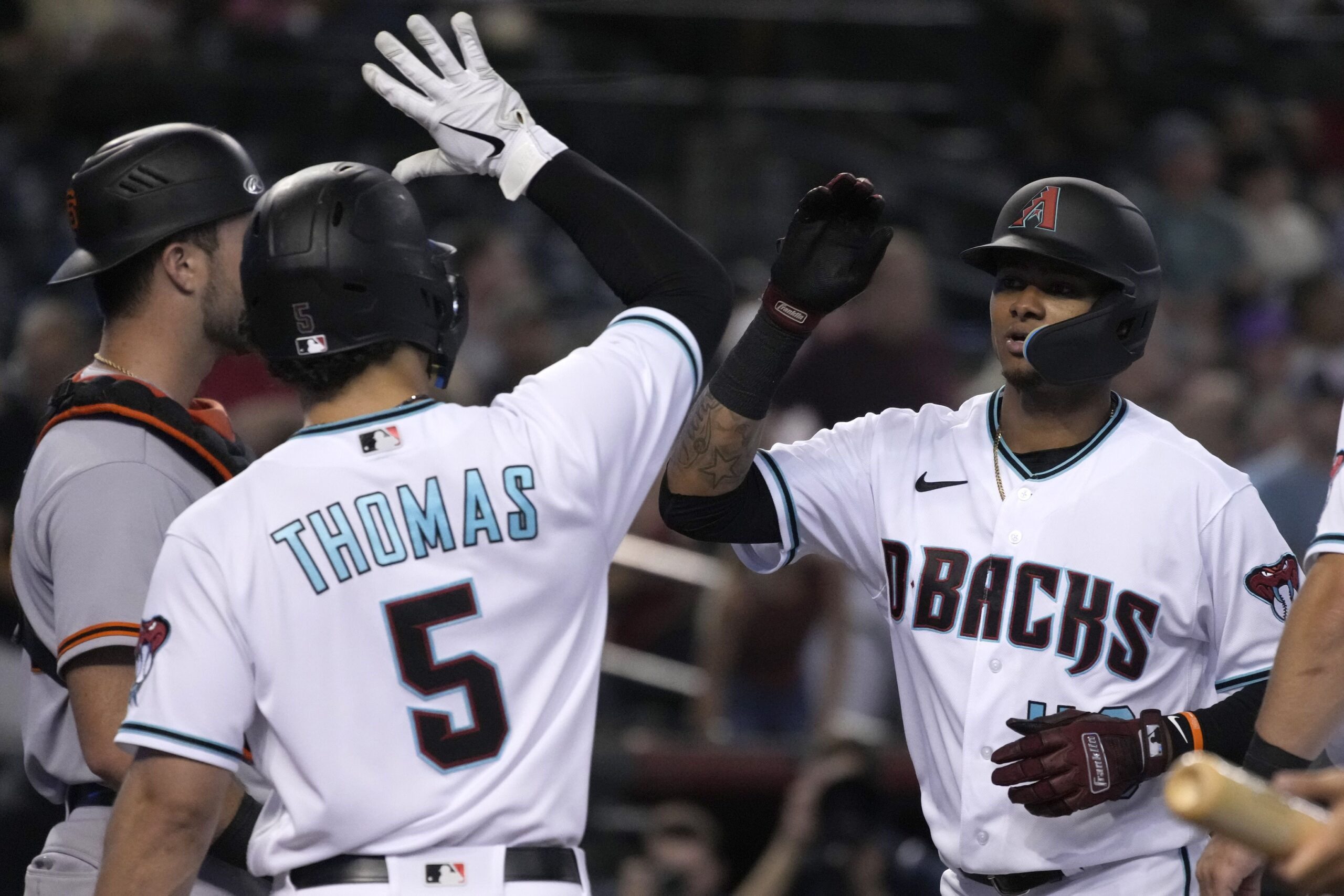 The Arizona Diamondbacks try to win their second series in a row on Tuesday night against the San Francisco Giants, starting the second half of the season off on fire!

Logan Gilbert started off rocky, yet after a walk and a blooper, he got two ground balls in a row to get out of the first inning with no damage on 28 pitches.

The Diamondbacks got started early, which has been a strong point for them the last month. Sergio Alcántara hits a 2 run home run to left field barely clearing the fence to give Arizona a 2-0 lead in the second inning.

The top of the third inning, Giants Wilmer Flores gets those 2 run back quickly with a 2 run home run of his own with one out and one on.

Going back and forth early, it is only right that in the bottom half of the third inning, Diamondbacks Cristian Walker comes up to the plate with two outs and two runners on. BANG! He hits a 3 run homer to break the tie and give Arizona a 5-2 lead.

After a few quiet innings, Brandon Belt hits a rocket into straight away center field, that bounces high off of the wall, giving him a RBI double.

With 6 innings in the books the Diamondbacks lead the Giants 5-3, taking advantage of Carlos Rodón lack of command, scoring 5 runs on only 3 hits.

Carson Kelly’s hit streak of 13 games is on the line in the bottom half of the 8th inning, and he took a ball 4 thrown low, giving him a walk in his final at bat of the night. The streak ends.

David Peralta hits a ground ball barely fair down the first base line to give him self a triple and bring home Kelly from first base to give the D-Backs a little breathing room. Ketel Marte hits a ball down the exact same spot, bringing home Peralta, pushing the lead to 7-3 on his RBI double.

Mark Melancon, out of Arizona University, came in to pitch the 9th inning for the Diamondbacks. He threw a smooth 3 outs on 8 pitches, earning 3 strike outs. Diamondbacks win their second series in a row!