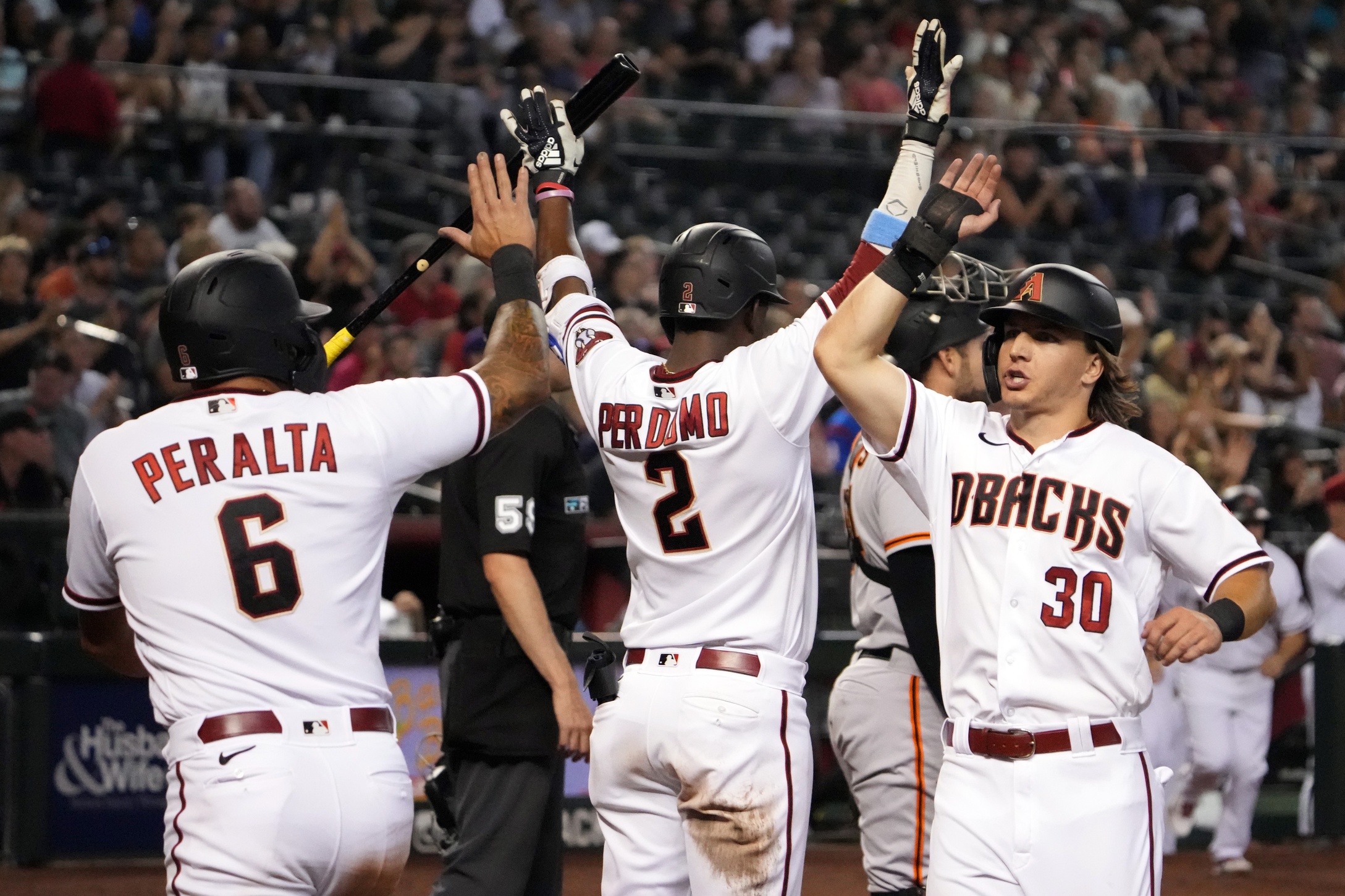 The Arizona Diamondbacks start off this week at home against the San Francisco Giants. The D-Backs look to take advantage of a Giants team coming in on a four game losing streak, and having to face Merrill Kelly, arguably the best pitcher in baseball the last two months.

Kelly gets through the first 2 innings smoothly, throwing 3 strike outs over the 6 outs.

D-Backs leave runners on base early, taking a few innings for the bats to warm up on either side.

With the game still 0-0, third basemen Josh Rojas made a diving catch to end the 3rd inning and keep Merrill Kelly’s hitless bid in tact.

A few innings later, short stop Geraldo Perdomo breaks the scoreless game open with an RBI double down the 3rd base line, rolling into the wall, bringing home Jake McCarthy from second base. Alek Thomas hit an RBI single bringing home Perdomo after a Josh Rojas walk. D-Backs lead 2-0 at the end of 5 innings played.

A lead off double in the top of the 6th inning by the Giants gave them their first hit of the night. The next batter grounded out to SS Perdomo, who made a beautiful back hand scoop and throw to barely get the runner out at first. Followed by a line drive to 3rd base men for out number 2, turned into a double up at second base by picking the runner off before getting back to check up.

Kelly steps up to the plate with two runners on in the bottom of the 6th inning and hit a base clearing double to extend the lead and his hit streak. Rojas brought him home with an RBI single, making the lead 5-0 after 6 innings.

Merrill Kelly ended the 7th inning with a bomb from Brandon Belt just falling short of the wall and being caught on the warning track. Kelly then came out in the 8th inning cool, calm, and collected, popping out the first 2 batters to left field. Then after Luis Gonzales bunts for a base hit, Merrill Kelly looked disappointed in his choice to get a cheap hit. Kelly then threw over to first base two or three times before catching him leaning and picking him off, throwing him out.

Merrill Kelly ended the night pitching 8 complete innings only giving up 3 hits, 0 runs, 0 walks, while striking out 7. His dominant performance carried the Diamondbacks to a much needed win, along with this lineup recently being better at hitting with runners in scoring position and this team has found itself on a hot streak this month.

The Diamondbacks add on 2 more runs in the 8th inning.

Keynan Middleton started pitching in the top of the 9th inning, after hitting the lead off batter, getting a double play ball to first base, he exited with an ankle injury. Relief pitcher Noé Ramirez came in to record the final out, the game eventually ended with a score of 7-0, Diamondbacks.