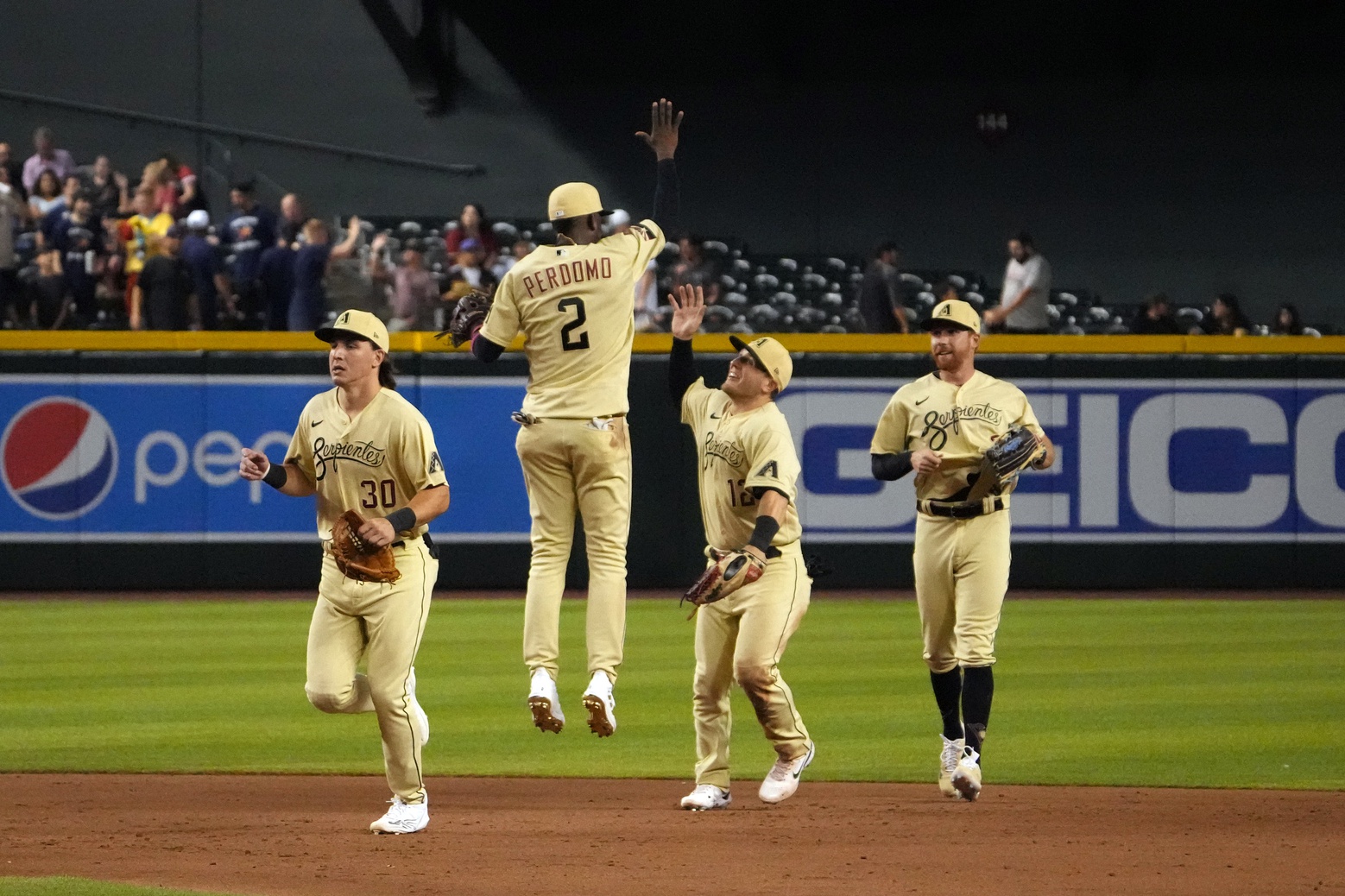 After winning the first series coming back from the midsummer classic against the Washington Nationals 2-1, the Arizona Diamondbacks are only 8 games back from a wildcard spot with two months left in the season. Like the old saying goes, there is still a lot of baseball left to be played.

Fangraphs.com has the D-Backs playoffs chances at 0.00%, which gives fans the idea that the season is over, but what if, what if there is a chance? The next two weeks will be huge for the idea of the playoffs to creep into this fan bases thoughts, but again, what if?

The Diamondbacks start a 3 game series with division foe San Francisco Giants tonight, if they can take 2 out of 3 from them, they will gain a game on them in the wild card race, putting them only 7 games back.

What if they take the momentum from these two series, the hot hitting continues, and they take 2 out of 3 against the reigning World Series champs Atlanta Braves. That would give them a 3 series winning streak to boost their confidence and pull them within 6, maybe even 5 games out of the wildcard race.

I say this because that would close July, which has already been the best month of the season for the D-Backs, with avalanche like confidence rolling into August.

The month of August is filled with winnable series one after another, Cleveland on the road, then Colorado and Pittsburgh at home, all three of these series can easily be taken with the Diamondbacks playing the way they did this past weekend.

Besides having to travel to Colorado after Pittsburgh, then taking on the Giants and Cardinals, the end of the month is just as winnable as the beginning. Ending August off with series against the up and down Royals, White Sox, and Harper-less Phillies.

If the Diamondbacks can win 7 out of the next 10 series, they could be within a few games of a wild card spot going into September, which after the first half of the season would be considered a success of its own for a franchise building for the future more than trying to compete now.

Imagine going into the last two weeks of the season 2 games back from a wild card spot, before the Dodgers, Giants, Astros, and Brewers kill those dreams, it would be a story the Arizona Diamondbacks can bring into next year’s spring training. A spring training that will be filled with playoff aspirations.

Maybe, just maybe the Diamondback faithful will not have to wait until next season, for at the very minimum, playoffs hopes!