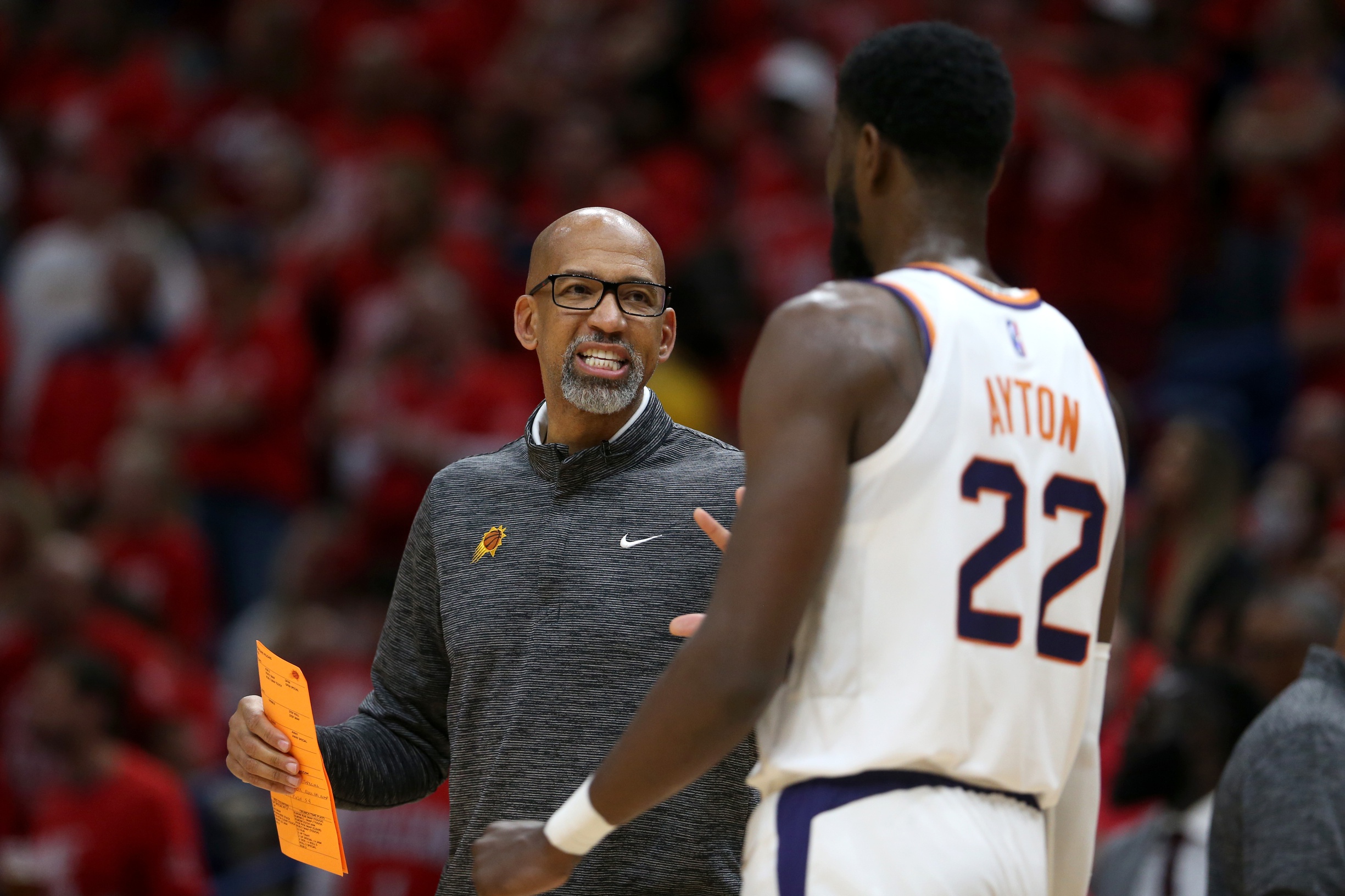 The Phoenix Suns were on the brink of elimination from the playoffs back in May. While fans would like to remember some last-minute heroics by their stars, the image of head coach Monty Williams having a disagreement with Deandre Ayton has stung the fanbase.

Two months have passed since. Ayton has re-signed with the Suns to maintain to their championship hopes. With water finding its level again, even Williams decided to speak on the infamous Game 7 incident.

“I didn’t feel like I had to say anything. I was just doing my job,” said Williams to ESPN’s Marc J. Spears in an article published on Monday. “We had a bad day, but we had an unbelievable season. Unfortunately, in sports and even in society, we focus on the one bad thing. It hurt like crazy, and it still hurts. It was embarrassing to play that way, but as the dust settles and I look at the season from a holistic perspective, I look at all the good stuff that happened.

“This team is a new standard in Suns basketball and it’s part of a process,” Williams continued. “The one thing I understand is when I first got there, the team wasn’t winning many games and so nobody was talking about anything that was going on. And there was stuff going on because it’s a team and you’re dealing with people. Now that you’re winning and having some success, things are talked about, and that’s a good thing in my opinion. You may not like what everybody talking about, but nonetheless, we’re a team that has expectations and so it just goes with the territory.”

Williams is spot on about the change of trajectory since his arrival in Phoenix. The past two seasons alone have saw the Suns boast a 50-plus win record followed by deep postseason runs. Prior to Williams’ arrival, the Suns hadn’t had a playoff appearance since the 2009-10 season.

Aside from the obvious talent Phoenix boasts on its roster, the reigning Coach of the Year remains a key part of their outlook.

Retaining Ayton was the takeaway from the Suns’ offseason thus far. His relationship with Phoenix was souring by the second, and his verbal scuffle with Williams didn’t help. The two sides nearly parted after the Indiana Pacers put forth an effort to pry the former No.1 pick away.

Even so, Ayton echoed his head coach’s words on Monday, signifying that last season’s worries are simply that.