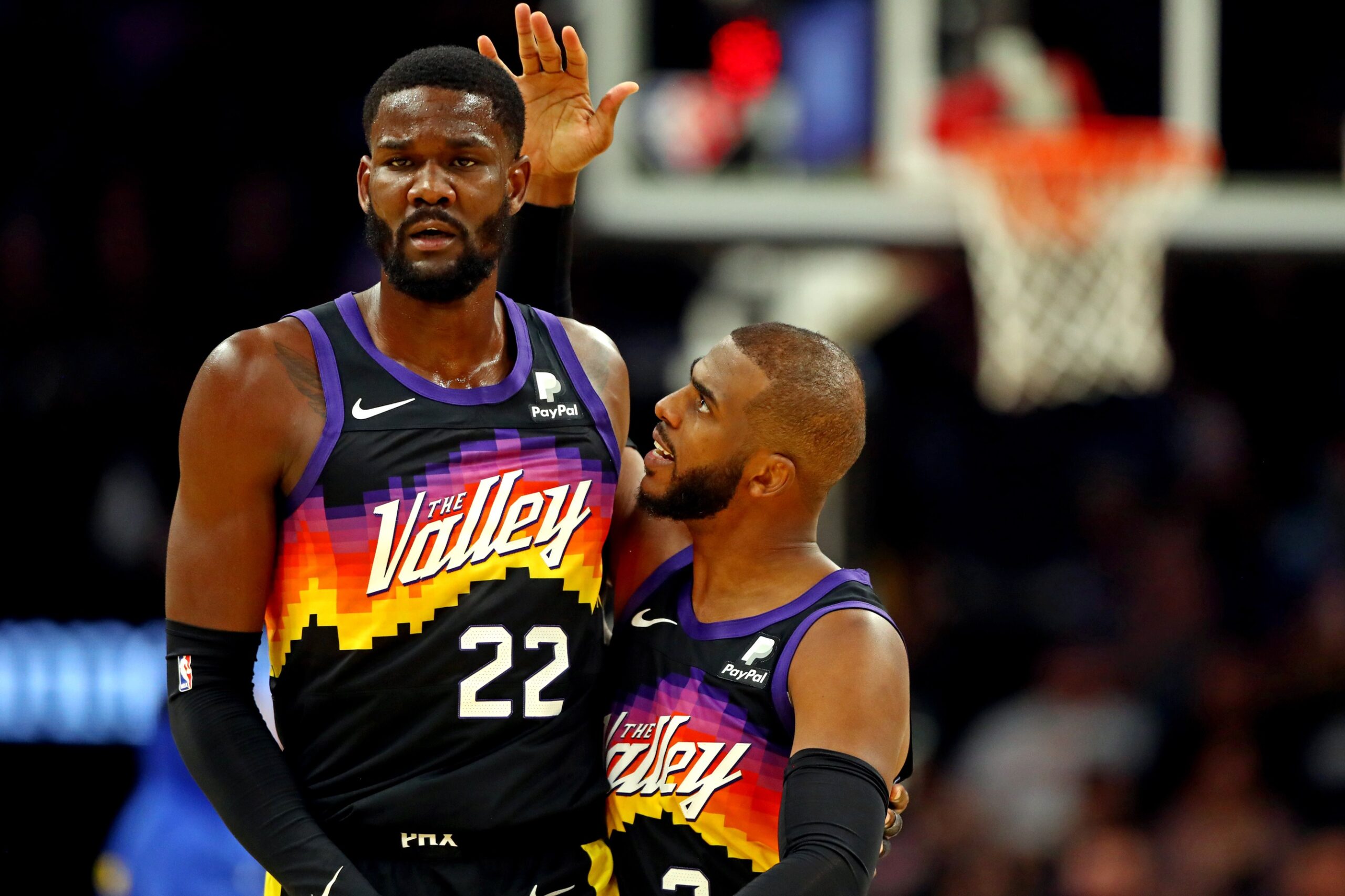 The Phoenix Suns are looking to bring back most of their players from the 2021-22 season. Though last year’s campaign ended in a letdown by the versatile squad, Phoenix is only one year removed from a NBA Finals trip.

With talks of Kevin Durant possibly not being moved prior to the start of the season, the Suns have to plan for life without the All-NBA forward.

Be that as it may, there are still some moves to shake out if Phoenix plans on being a contender once more.

The Suns made an important move this offseason by matching Deandre Ayton’s offer sheet from the Indiana Pacers. Even more, their backup big position is shored up by Bismack Biyombo. Yet one glaring need for the Suns still remains their frontcourt duo threat.

As it stands, Jae Crowder logs most of the forward minutes in the frontcourt. He’s made the bulk of his earnings from patrolling the court as a 3-and-D personnel. His services in the paint have never truly been a strong suit. He finished last season with an average of 5.3 rebounds per contest. That said, the Suns would do best to find an effective stretch-four player for those minutes instead.

Cameron Johnson could possibly fill that role, but it wouldn’t be as effective to him coming off the bench currently. More so, Dario Saric’s injury proneness leaves his availability in the air.

There are still moves that could be made by the Suns to fill that need, but outright signing a player may prove futile. Phoenix already finds themselves well over the luxury tax after the Ayton signing. Using the mid-level exception or finding a suitable trade leaves a few options.

Players such as John Collins would be feasible in a trade scenario. Collins is one of the few players left that has a high ceiling despite being in constant trade rumors. He finished last season with the lowest scoring average since his rookie season, but Collins still has All-Star potential that fill the needs of many teams at the moment. The Suns could be in play to potentially grab the 24-year-old for cheap given his market.

If trade scenarios fall short, expect an affordable buy such as Blake Griffin from the free agency market. Griffin is nowhere near his robust rookie form that saw him jump over a Kia in a slam dunk contest. Still, the 33-year old proved this season that he can make impactful moments with minor usage. Griffin showed flashes off consistency during the playoffs as well, providing a much-needed spark for the Brooklyn Nets in the first round against the Boston Celtics.

The guard position is another questionable spot for Phoenix. It goes without saying that Chris Paul continues to defy Father Time with his performances through the years. Still, the 37-year old guard is entering his 18th season in the league. Without a doubt, the Suns currently don’t have a suitable replacement for Paul as well.

Phoenix’s best chance at increasing their bench production will likely have to come in a trade scenario as well.

One team that comes to mind is the Chicago Bulls. The Bulls find themselves stacked at the guard position. It once was even viewed that the Windy City would look to move on from the likes of Coby White or Lonzo Ball.

Phoenix could look to increase their backcourt production by adding one of the young guards into the mix. Both White and Ball have the capabilities of taking over the helm when Paul ultimately retires.

The free agent pool has slowly depleted over the last week. A few guards – notably Dennis Schroeder, Isaiah Thomas and Lou Williams – remain as decent backup options. All three guards at best can provide decent scoring off the bench. None, however, will solve the mystery of Paul’s absences throughout the season.