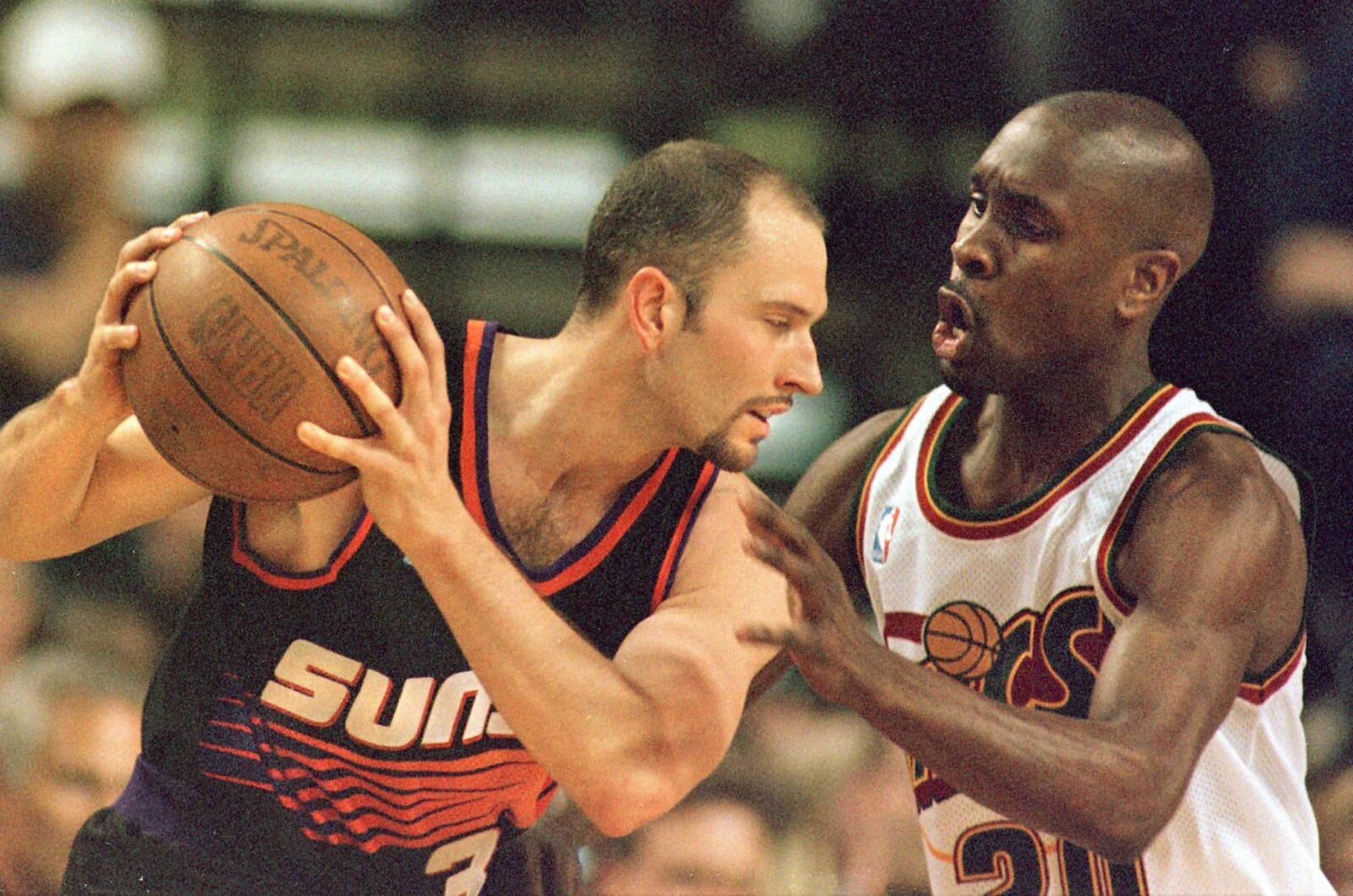 Before Rex Chapman became a Twitter favorite, he was a basketball player. Chapman was a high school Phenom in Kentucky and played for two years at the University of Kentucky.

The Charlotte Hornets, an expansion team, selected Chapman with the 8th overall pick in the 1988 NBA draft; he became the first player ever drafted by the Hornets. Chapman averaged 16.9 points per game in his rookie season. In addition, Chapman competed in the 1990 and 1991 Slam Dunk Contests. Earning recognition for his dunks where he would flip the ball.

Before joining the Phoenix Suns, Chapman spent time with Washington Bullets and the Miami Heat. In the 1993-94 season with the Bullets, Chapman had the best year in his career, averaging 18.2 points per game.

Chapman’s first year with Phoenix, he averaged 13 points per game. Chapman had two unforgettable performances in the first round of the playoffs in the first season with the Suns. In game one against the Seattle Supersonics, he set a then-record for three-pointers in a game with nine. In game four, Chapman hit an off-balance three-point shot on an inbound pass to send the game to overtime, but the Suns lost the game. Chapman averaged 24.2 points per game against Seattle in five games in the playoffs.