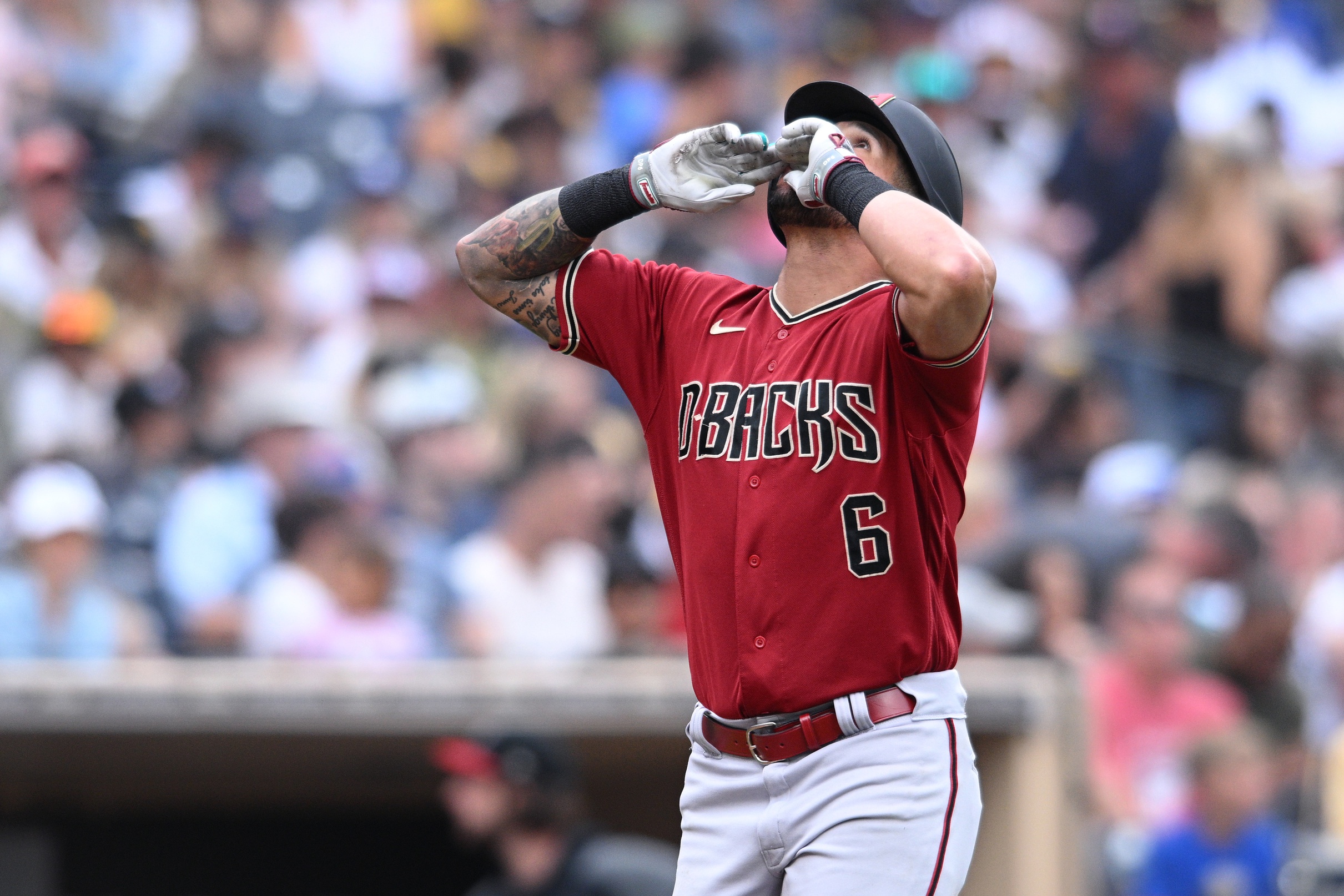 On a breezy yet gloomy afternoon in San Diego the Arizona Diamondbacks put out arguably their best starting pitcher in Merrill Kelly, 5-2 last 8 starts, on the mound against Mike Clevinger and the Padres.

Bottom of the 2nd inning, RF Daulton Varsho throws a rocket to gun down Eric Hosmer at home plate, ending the inning and keeping the game scoreless.

This game turned into the true definition of a “pitchers duel” as both teams leave numerous runners on base. After 3 innings both pitchers got into their zone, mowing through the lineup with beautiful efficiency.

Trouble arose for Padres and Clevinger after an overturned double play keeps the 5th inning alive for the D-Backs. Very next batter Josh Rojas takes a walk to load the bases, unfortunately Alex Thomas strikes out making it all for nothing.

Runners left on base has plagued the D-Backs in almost every game this month, they have been desperate for a big hit when they need it most. As these young players mature I believe their approach will mature as well and they will look to use the whole field at the plate.

The first run of the game comes when left fielder David Peralta steps to the plate in the 6th inning for the D-Backs after striking out twice and fouling numerous cutters into the stands, he finally squares one up to hit a solo home run to right giving his team a 1-0 lead.

The Diamondbacks load the bases again in the 7th inning with 1 out. Carson Kelly improving his hit streak to 10 games in a pinch hitting spot as 2 walks are given around him. Jordan Luplow also comes in to pinch hit in the 7th, and with bases loaded he walks after a full count giving the D-Backs a 2-0 lead and bringing Ketel Marte to the plate looking to do damage, instead he flies out to shallow right. With 2 outs and bases still loaded, Christian Walker takes another walk, making it 4 walks in the inning to score another run for Arizona. 3-0 D-Backs. David Peralta strikes out on 3 pitches to end to inning.

For the second straight start, Merrill Kelly is left in the game in the 7th inning, regrettably. First batter up Luke Voit hits a solo home run deep deep deeeep over the left field wall. Score is now 3-1, giving fans flashbacks of the night before. All-Star Joe Mantiply steps in in relief to get 3 quick outs to end the inning, allowing fans to take a deep breath.

As the 8th inning arrives, fans can not help but draw half of their attention to the MLB draft starting, Diamondbacks fans are understandably excited about having the #2 pick this year.

Almost at the same time, the D-Backs win their last game before the all-star break 3-1 over the Padres. They choose top prospect Druw Jones #2 overall in the MLB Draft! It was a good night for the desert.