D-Backs Lose Another Close One 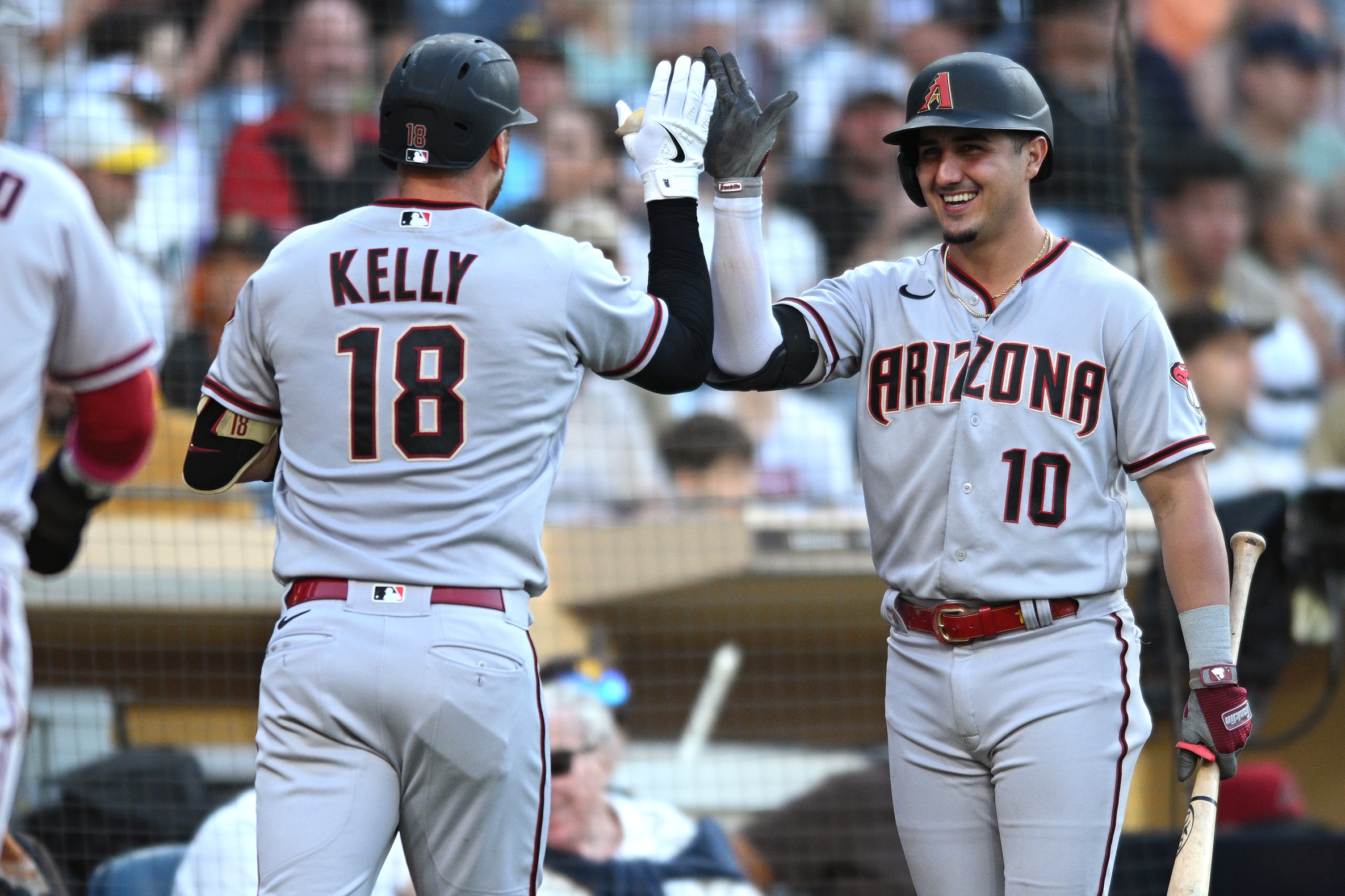 After losing 3 in a row this week the Arizona Diamondbacks try to get a win in downtown San Diego with Tyler Gilbert on the mound going up against Sean Manaea.

Three quiet innings pass before second baseman Buddy Kennedy hits a RBI triple into the centerfield gap rolling all the way to the wall in the top of the 4th inning. Then in the 5th inning 2 more score on a Carson Kelly moonshot giving the D-Backs a 3-0 lead.

Tyler Gilbert looked to be in control until a 5th inning pop up in foul territory was not caught, a play that should of ended the inning. Very next batter, recently called up Matthew Batten hits a RBI double for the Padres bringing the score to 3-1. Gilbert continued to get pushed to his limit in the 6th inning, after only giving up 2 hits through the first 4 innings. He finished the game pitching 5 innings giving up 5 hits, striking out 1 on 81 pitches.

Noé Ramirez come in to pitch relief, and did the opposite, giving up a 3 run home run to DH Luke Voit, giving the Padres their first lead of the game. 4-3 D-Backs now trailing, all-star Joe Mantiply came in and broke his all-star nod curse getting two consecutive outs to end the 6th inning after struggling in his last two outtings.

In both the 7th and 8th inning the Arizona Diamondbacks continue to struggle leaving runners on base, loading the bases in the 7th without scoring and stranding 2 in the 8th. Bringing base runners home has been the achilles hill of this team all season long.

The one run game came down to the final out, Padres closer Taylor Rodgers facing Ketel Marte. Marte lost the battle, popping out a 1-2 slider low and in to shallow right field. Ketel oddly is the only player in the lineup to not record a hit tonight after being on fire the month of July up to this point, batting .429 in the last 7 games alone with 3 homers.

Being a D-Backs fan this season has been frustrating on one hand, playing so many close games and coming out on the wrong side. On the other hand it is exciting watching the youth continue to show fight, both in the bullpen and with the glove.