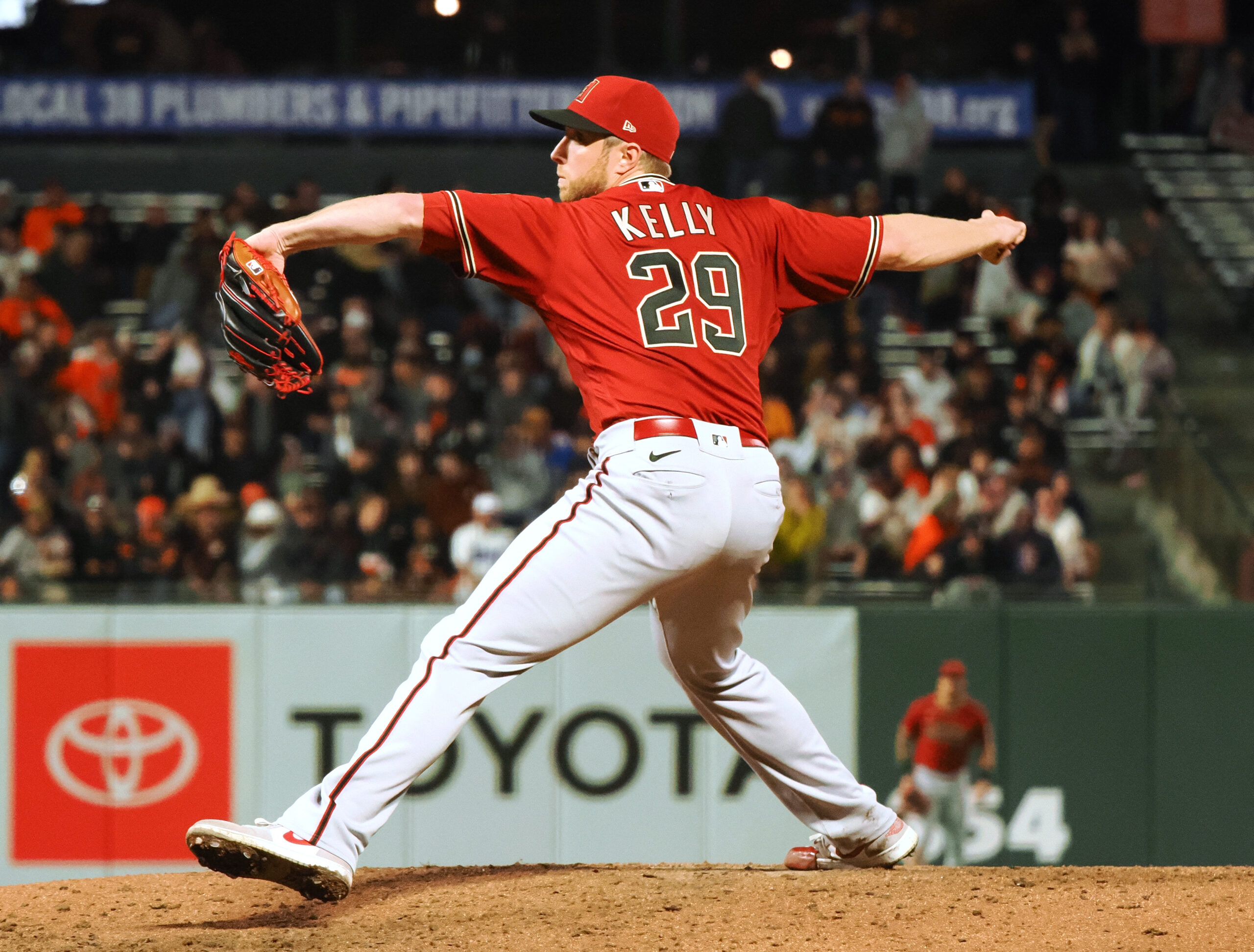 In the first game of this division series between Dbacks and Giants Merrill Kelly came out smoking, throwing into the 8th inning recording 4 strikeouts and only walking 2 runners. His performance was more dominant than his numbers suggest. Giants hitters could not get a solid bat on anything he threw resulting in a number of weak grounders and pop-ups to the infield. He was majestically placing his fastball as we have come to expect from him, however his curveball had some extra snap on it which resulted in batters getting locked up, watching a strike right down the middle on a number of occasions. Sending them shaking their heads back to the dugout.
All-Star Joe Mantiply was jynxed by his All-Star selection coming into the 8th with a 4-1 lead, giving up 2 runs (Kelly was responsible for one) and loading the bases before being pulled after only getting 1 out. Ramirez came in to get them out of the inning without squandering the lead which was now 4-3; a very close call at first which was reviewed went the Dbacks way, calling out Giants Brandon Crawford by an inch saving the game from being tied going into the 9th inning.
On the offensive side the Diamondback hitters showed patience as Alex Cobb could not find his command. They did not chase anything outside of the zone for the most part leading to an oddly high number of full counts and walks. Center fielder Alek Thomas lead the team with 3 hits from the 2 spot. The Diamondbacks escape narrowly, even with leaving 11 runners on base, something they need to improve if they want to get on a roll and sneak into the backdoor of the playoffs via wildcard.