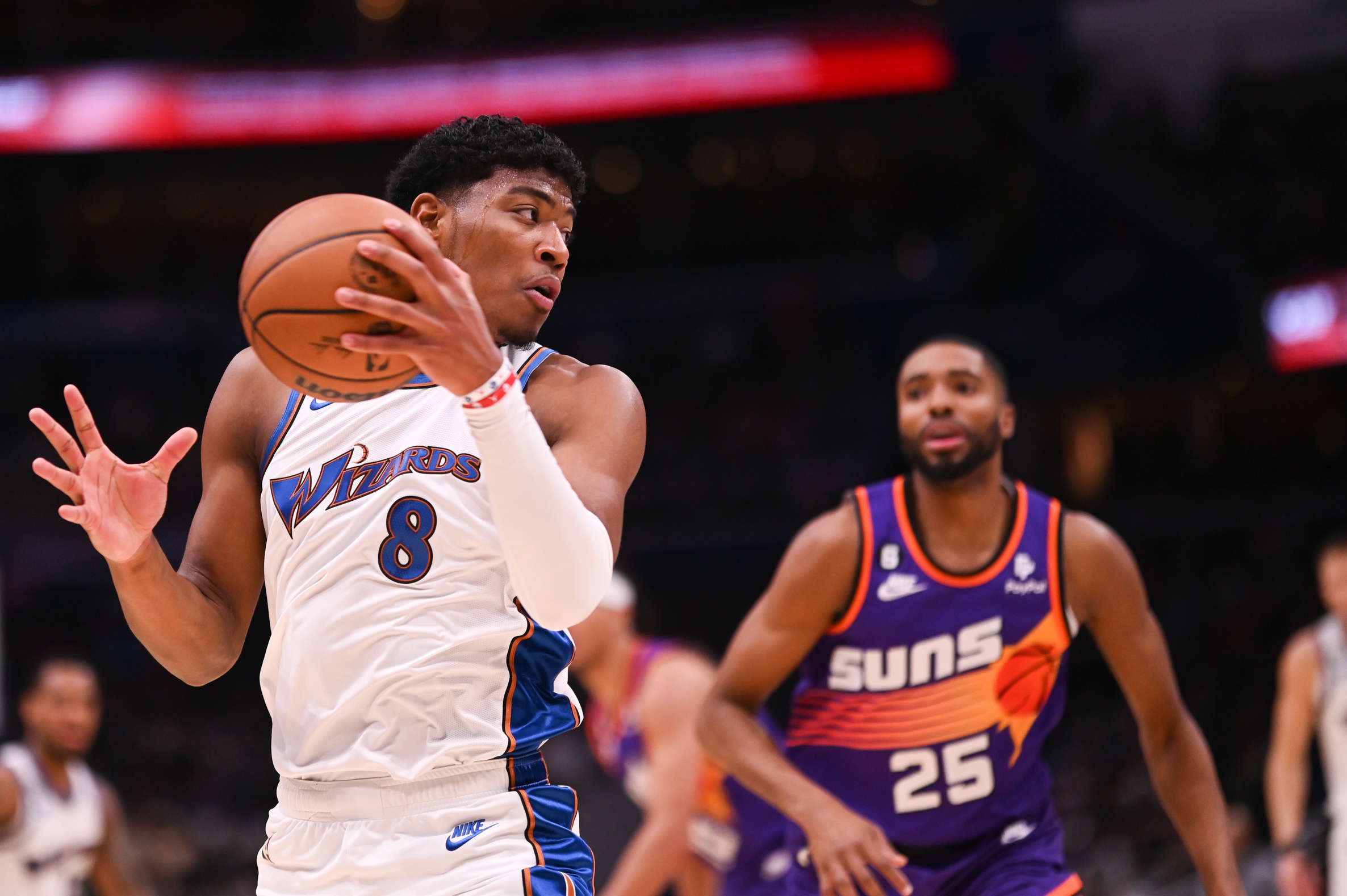 Losing three of their last four games, the Phoenix Suns are looking to gain some momentum during their road trip. Phoenix outlasted the Memphis Grizzlies on Tuesday, giving them a much-needed win without Devin Booker.

On Wednesday, though, the Washington Wizards stood in Phoenix’s path. The Wizards are attempting to turn things around, winning three of their last four games.

Though the Wizards were able to pull ahead by a wide margin early on, the Suns rallied back into the game completely by the end of the first half.

At first glance, the Suns seemed prepared to go 0-2 for the season against the Wizards. Kyle Kuzma got out to a fast 13-point quarter, and turnovers hindered the Suns.

Aside from Ayton, Phoenix struggled to find another reliable scoring option. Mikal Bridges showed a willingness to score, as the Suns closed a once-large deficit of 19 to just nine before the half.

It was an early sense of foul trouble looming for the Suns though, as they got up to 11 in the first half.

Suns Seek Revenge On Wizards, Trail at Half

The Suns looked to pick up where they left off in the second quarter. Phoenix had managed to close a wide scoring margin to just nine points at halftime.

Ayton continued to lead the way in scoring with 24 points, though his rebounding wasn’t up to par (4).

Chris Paul also came alive, scoring 12 of his 16 points during the quarter. He had four assists for the game as well.

Despite having leaders such as Paul, Ayton and Bridges stepping up, Phoenix would need sufficient help from its reserves. Damion Lee and Torrey Craig answered the call, both hitting crucial three-pointers to help cut the Wizards’ lead to just two at the (3:15) mark.

Washington wasn’t prepared to let its lead completely evaporate however. The Wizards had managed to hold onto the lead for most of the game, largely in part due to Kuzma and Kristaps Porziņģis. Both players combined for 31 points by the end of the third quarter.

Despite the impressive comeback, Washington was able to ward off Phoenix for the moment, going on a 10-2 run in the last two minutes of the quarter.

The Suns had let the Wizards retake momentum, as they went on a 8-2 run to open the first two minutes of the quarter.

Rui Hachimura, who nearly was traded to Phoenix, was up to 22 points and leading the Wizards in scoring with eight minutes remaining in the matchup.

A once one-point game at the end of the third quarter had ballooned up to a 13-point lead at the eight-minute mark as well.

Ayton was the primary scorer once again nearly halfway through the quarter. A top-of-the-key three-pointer put him up to 29 points on the night.

As for the bench, Duane Washington, Jr. cooled off from his career-night against the Grizzlies. He managed to put up 10 points for the game, shooting 4-of-12 from the field.

For every shot the Suns attempted to make, the Wizards appeared to have answer on the other end.

Hachimura continued to pour on a career night, scoring 28 points on the night. His final efforts forced head coach Monty Williams to unload his bench with nearly three minutes remaining in the quarter.

In a season where both clubs will unlikely meet again, it appears that the Suns simply couldn’t find an answer for the Wizards.