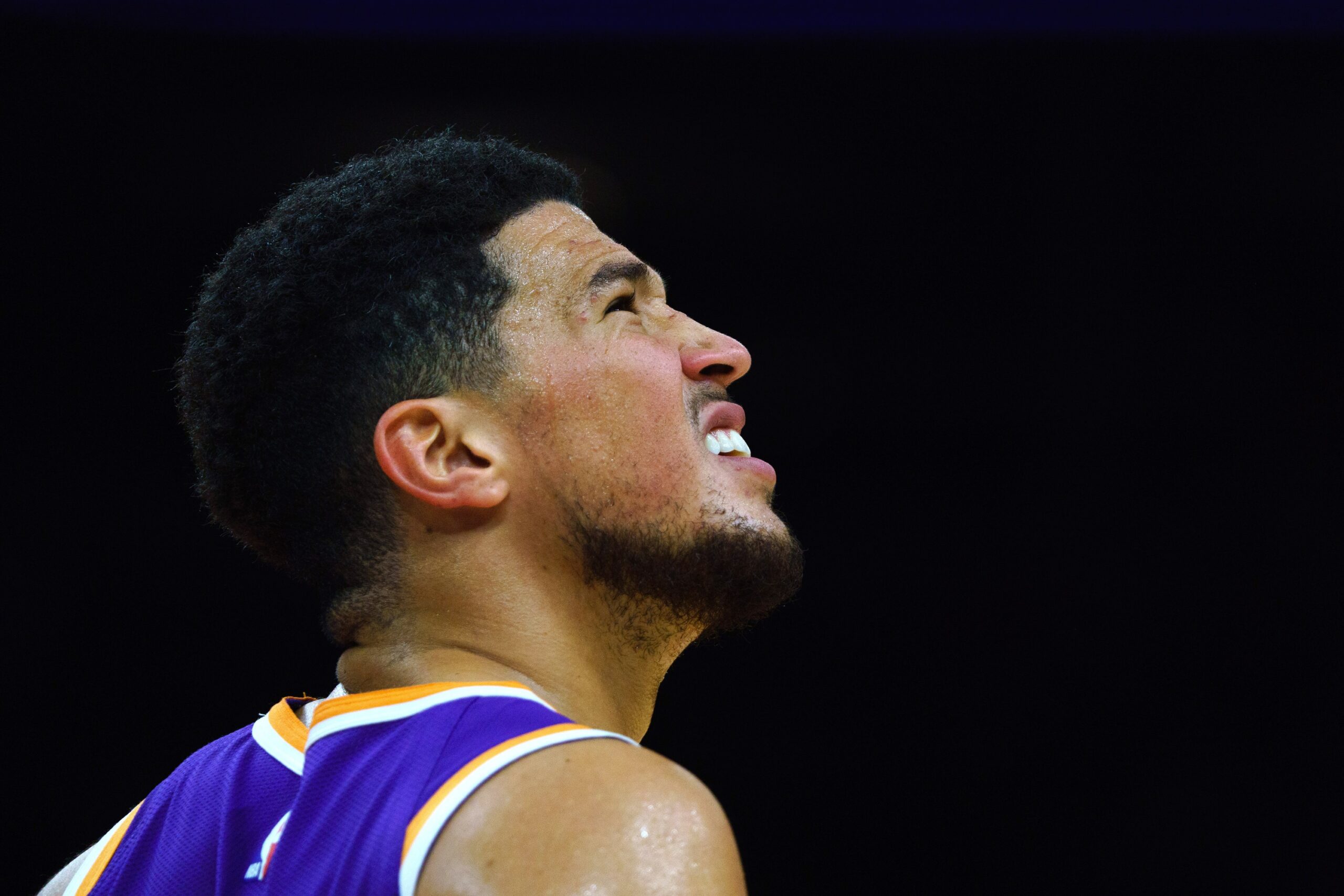 After further tests back home in Phoenix, it is confirmed that all-star player Devin Booker has sustained a left groin strain and will be re-evaluated in four weeks according to the Phoenix Suns.

INJURY UPDATE: Further evaluation has confirmed that Devin Booker has sustained a left groin strain. He will be re-evaluated in four weeks.

Booker sustained his injury in Sunday night’s loss to the Nuggets on Christmas day. He played for about 4 minutes before he felt something was wrong and had to be taken to the locker room for further evaluation. Before, that game Booker missed the previous three games with tightness in the groin and now it appears the worse has come after doctors confirmed that it’s a strain that will keep him out for a while.

With Booker out for the foreseeable future, the Suns will be looking for players like Damion Lee, Duane Washington Jr., Cameron Payne, and Landry Shamet to step up. And that’s not to even mention that Payne and Shamet are dealing with injuries of their own right as well.

The Suns will be facing the Washington Wizards tonight in a back-to-back after providing an impressive win against the Memphis Grizzlies last night. It seems like more is needed from the bench with Booker out for the foreseeable future.