Suns Vs. Wizards Preview, Odds and Predictions Ahead Of Tonight’s Game 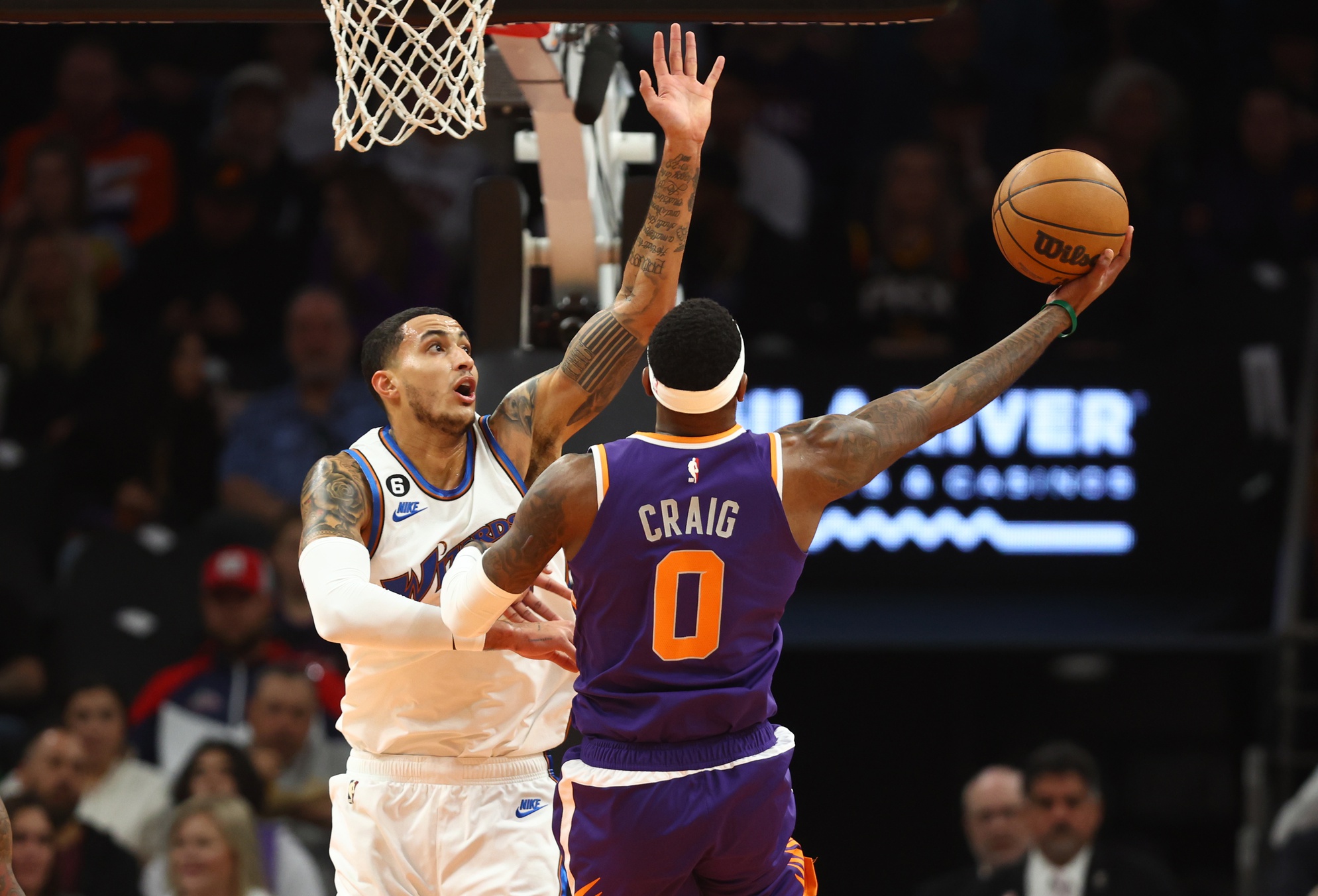 After an impressive win against the Memphis Grizzlies last night, the Phoenix Suns make a quick turnaround to take on the Washington Wizards which is another team that beat them on their home floor just last week before this two-week road trip.

The last game between these two teams saw the Washington Wizards play well in the fourth quarter to come back and steal a win against the Suns 113-110. Kyle Kuzma a player that has been in trade rumors lately with the Suns dropped 29 points on 52% shooting while hitting 4 three’s including this dagger to escape with the win. In that game as well, Landry Shamet dropped a career-high in points with 31 while tying the franchise record for threes set with 9 in that game.

Kyle Kuzma with a three late to give the Wizards the 5?point lead with 1:38 to go in the game. Timeout Suns #WeAreTheValley pic.twitter.com/oRv4FRgzUl

For this game tonight, the Suns will again still be shorthanded for this contest as they will have no Devin Booker, Landry Shamet, Cam Johnson, and Cameron Payne for the matchup. However, that didn’t seem to stop the Suns last night from an impressive win against the Grizzlies winning 125-108. Duane Washington Jr was phenomenal with 26 points and 8 assists which were both career highs. All Suns starters had more than 10 points and the bench scored a whopping 60 points while the team shot 54% from three on 17 makes. Their effort however was the main reason for their impressive win against the Grizzlies and it will need to be replicated tonight against the Wizards.

Speaking of the Wizards, they’re coming off of a huge win against the Philadelphia 76ers in which they won by a final score of 116-111. Despite Joel Embiid (48 points) and James Harden (28 points) having big games, the Wizards put in a full team effort that was mainly utilized by matching them on defense, free throws, and scoring. The difference of this game, however, was the 76ers shot 19% from three which ended up being the primary reason why they fell yesterday against the Wizards. Kristaps Porzingis led the Wizards with 24 points and 10 rebounds along with Hachimura off the bench providing 14 points of his own right. After losing 10 in a row before beating the Suns, they have now won 3 of their last 4.

The Wizards are going into their game with the Suns more healthy than they were last week with Porzingis and Hachimura now in the lineup even though Bradley Beal is questionable with a hamstring. Here are the betting odds set for this game against the two teams.

Against the spread, the Suns are favored at -2.5 and the over/under is set at 223.5. This surprises me as the Wizards have been playing great as of late and the Suns even though they got an impressive win against the Grizzlies are banged up with injuries.

After an impressive win for the Suns against the Grizzlies, I felt like a lot of that was due to effort and three-point shooting. Coming off of a back-to-back, I expect the Suns to struggle tonight hitting from the outside and coming back down to earth a little bit against a more healthy Wizards team. I got the Wizards winning 115-102 in a close tight game in the first half but then the Wizards pull away with it in the second half and have full control of the game moving forward.

The game tonight starts at 5 PM Arizona time at Capital One Arena for what looks like is going to be a great matchup between the two teams that just saw each other just a week ago.

Devin Booker is Out For a Month With a Left Groin Strain Injury
Suns Seek Revenge On Wizards, Trail at Half
Loading More Posts...