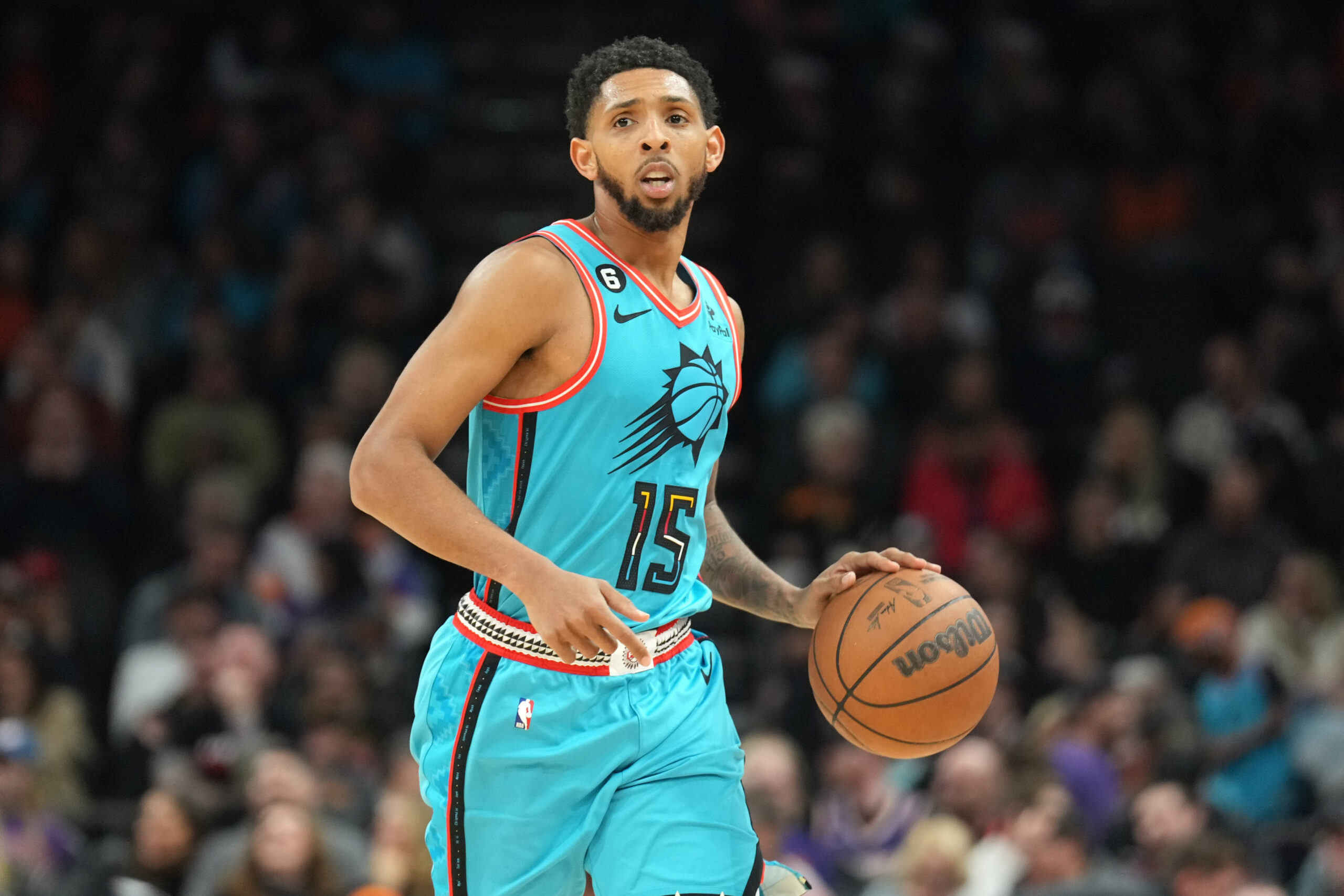 The Phoenix Suns are in the middle of playing all three Texas teams, back to back to back. After hosting the Houston Rockets Friday night and losing in dramatic fashion by one point; the Suns travel to San Antonio and Dallas. Taking on the Spurs Sunday night and the Mavericks Monday.

The Spurs are not the power house we are used too, and they have not been that for about 5 seasons now; they still are a dangerous team. If underestimated this Spurs team can dominate down low.

The Spurs also run a lot of their offense to the short corners, forcing defenses to help from spots on the floor they are not accustomed too.

Phoenix has looked like a top three team in the NBA in the last 10 days and will look to continue the run and gun style of play implemented by back-up Cameron Payne. Payne who is playing in place of injured Chris Paul.

Pushing the ball up the floor off of defensive rebounds can give the Suns a huge advantage over a Spurs team that lacks athleticism. San Antonio will look to slow down and be physical, the exact opposite of the Suns at the moment.

Look for this game to be momentum based, a game of runs. If the Suns can just let their hair down and run and shoot without too much thought behind it, as long as shots or dropping, they should take control.

Expect this game to be close in the first half, before a strong third quarter run from Phoenix extends the lead to double digits.

On defense, the Suns will need to contain the paint and rebound. Paint points are key for the Spurs success and second chance opportunities needless to say are paramount for any team.

On Monday night, in a back to back situation the Suns will be faced with a completely different challenge in Dallas. Perimeter defense will be huge for Phoenix.

Dallas is a one man show. That one man who plays drums, accordion, harmonica, flute, and violin is Luka Dončić. Averaging an astounding 34 points, 9 rebounds, and 9 assist on 50% shooting thus far in the 2022-23 season.

Good news for the Suns, those stats up to this point have not equated to wins for the Mavericks. They are a .500 team, and it seems every game comes down to the last minute. A minute in which Dončić usually looks exhausted due to him being out of shape.

Usually playing against a talent like this, you would want all eyes on him and force the others to beat you. However, I believe in an opposite approach for the Suns.

Play sound defense on everybody else and force Luka to score 50+ points and beat you alone. I do not think he has the ability to out score this Suns team like that. If he can get everybody going alongside him, watch out!

Suns Vs. Rockets – Game Recap
No Torrey Craig for the Suns This Sunday
Loading More Posts...