Emmanuel Acho: “Maybe It’s Not the Cardinals, Maybe It’s You” 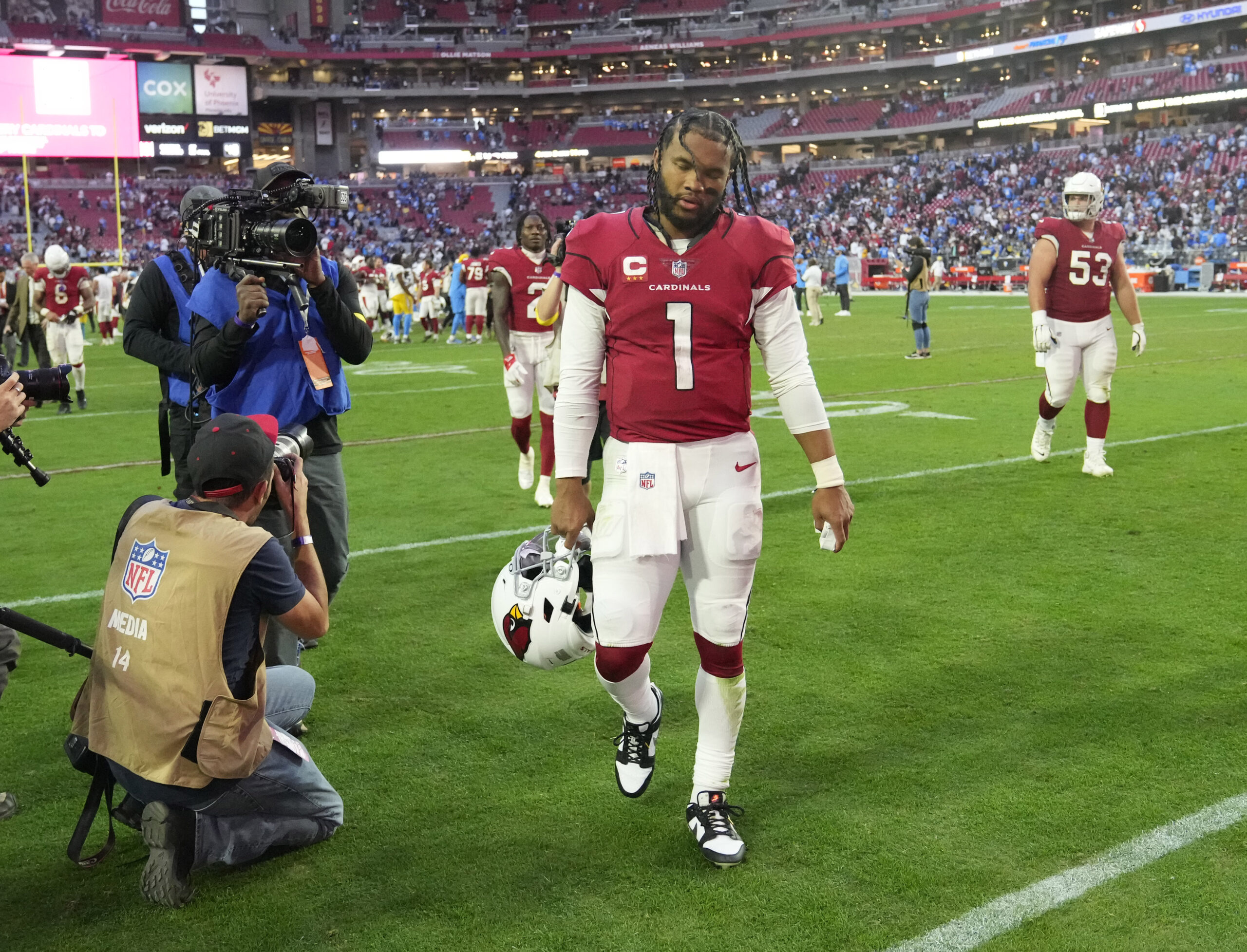 Acho discussed a quote from Kyler Murray describing why he attempted to throw a deep ball on a fourth-and-inches play. The pass was intercepted, giving the Chargers excellent field position.

After the game, Murray spoke about the play, stating:

“Schematically, we were kind of f’d.”

In response, Emmanuel Acho did not hold back when discussing why Kyler Murray is at fault for the Cardinals’ lack of success this season.

“Maybe it’s not the Cardinals, Kyler, maybe it’s you.”

Acho describes being frustrated because Murray has no right to be arrogant since he has yet to prove anything in the NFL.

“But what has he done in the National Football League?” “Be 7-1 as a starter through eight games last year and then get hurt, collapse down the stretch, and be atrocious during the playoffs.”

While Acho does acknowledge the success Kyler Murray found in college, he brings up Kyler’s record as quarterback for the Cardinals.

Kyler Murray has blamed everybody else except himself, and it’s time somebody call it out. #BirdCityFootball

Which isn’t exactly impressive given Murray’s 25-30-1 record as a starter.

Meanwhile, this season, Kyler Murray has a 3-7 record and has seen a majority of his stats decline compared to last year.

This is the same quarterback that Arizona paid $230.5 million for over the offseason.

Do you agree with Emmanuel Acho that more blame needs to be placed on quarterback Kyler Murray instead of the Cardinals’ coaching staff?