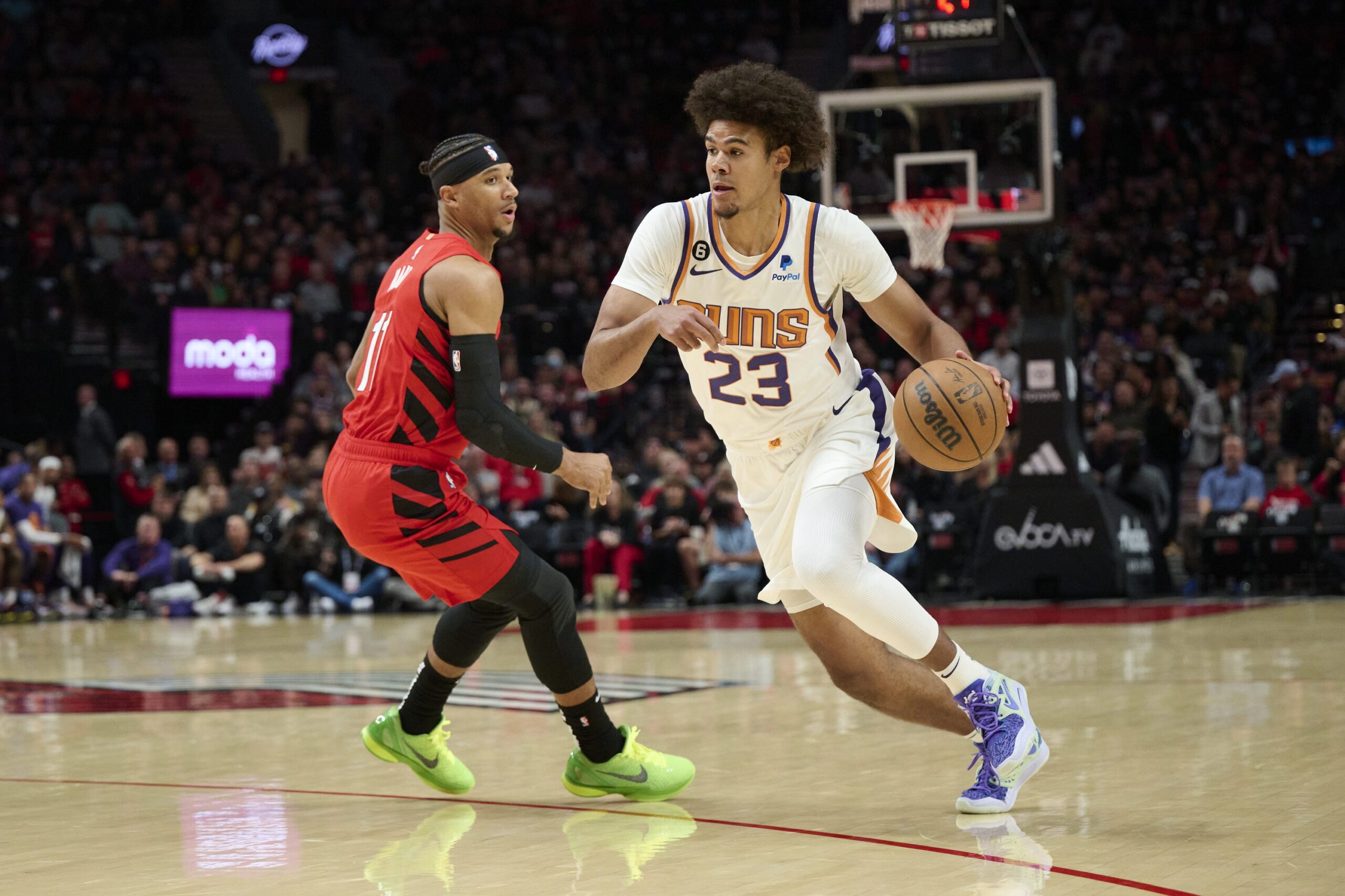 On a night where the Phoenix Suns needed an offensive spark, Cameron Johnson answered the calling. As such, the promising forward reached 2,000 career points against the Minnesota Timberwolves.

Johnson registered 29 points on Monday night. The fourth-year forward only needed 26 to reach 2,000 points. Coming into Monday, the UNC standout was predicted to have a rough night being tasked with Karl-Anthony Towns. While Towns was able to live up to his reputation as a glass cleaner, it was Johnson that stole the show.

He knocked down an amazing 63 percent of his three-point attempts, going 7-for-11 from downtown. He also added in three steals on the defensive end. Johnson made immediate impacts on being inserted at every turn of the game. He went off for 17 points in the first half alone, signifying a solidified night for the forward.

If he continues his trend, Johnson is on pace to break his current record of most games with two or more three-pointers from last season. He finished last season with 22 games for the record.

The 26-year old forward was inserted into the starting lineup this season by head coach Monty Williams. The Suns are in the midst of figuring out a bench that’s been without Johnson’s production so far. He was given the starting nod over forward Jae Crowder, which ignited a trade request from the 32-year-old.

Phoenix has yet to find a reasonable trade for Crowder, but it’s likely to elevate the bench’s talent when it materializes.

Johnson and the Suns will have another shot at continuing their winning streak against the Portland Trail Blazers on Thursday. Portland was able to hand Phoenix its only loss of the season during the second game of the Suns’ young campaign.