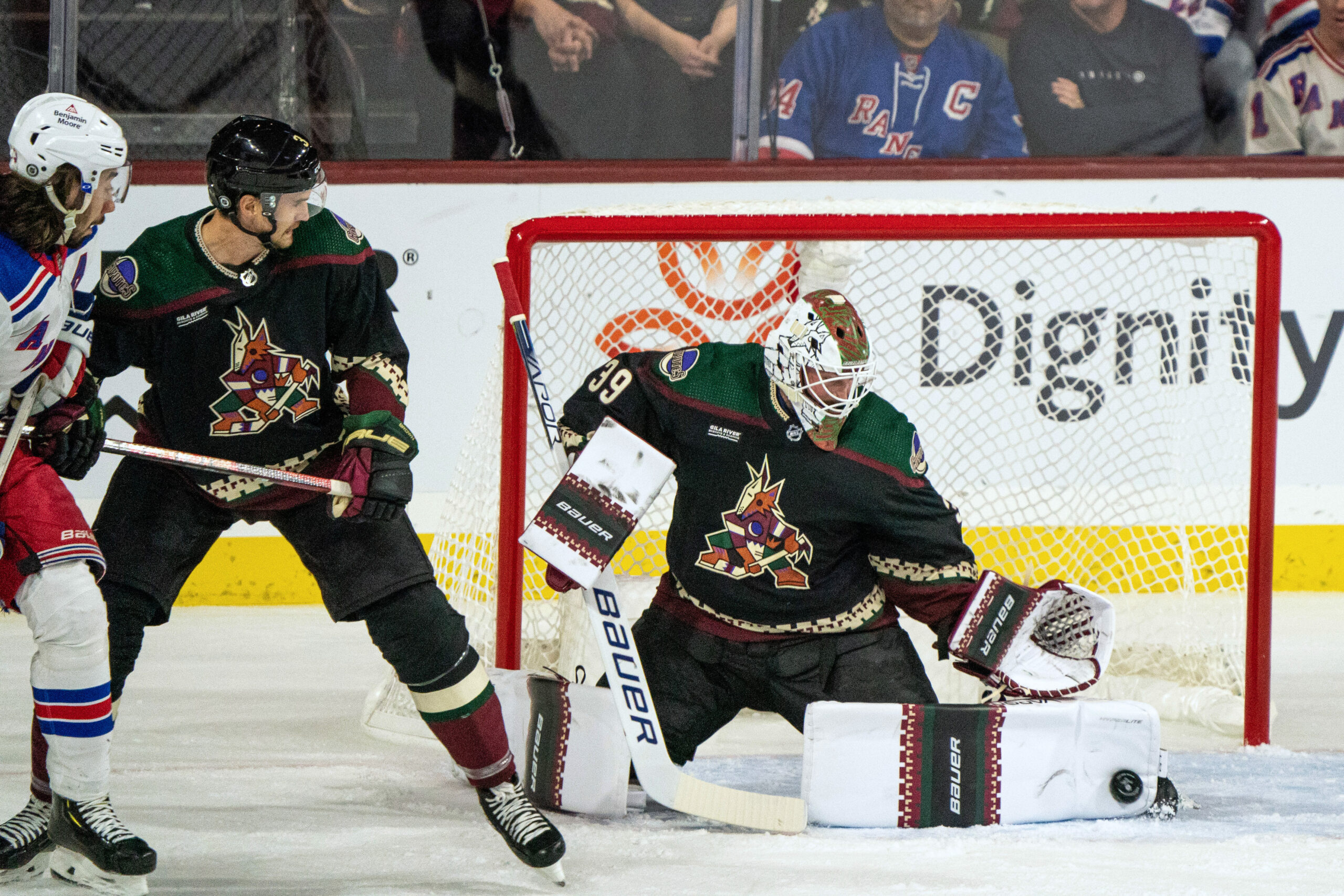 The Arizona Coyotes save percentage is below 90% which the NHL average is 91%. Two percentage points do not seem like much, however in hockey this kind of difference is huge.

Winning and losing games in the NHL is a fine line, where one or two plays usually make the difference. While the league average is 91%, great teams are way above this number.

Average being a .500 team, being below average results in a losing record. Which is where the Coyotes sit at 2-5.

In the five games that Vejmelka has started in the net for the Coyotes, he has a 1-3 record with one game going into overtime.

His 190 saves vs the 22 goals given ups gives him a save percentage of 88%. On average he gives up 4.41 goals per game as the starting goalie.

As Arizona is in last place in scoring goals, giving up over 4 a game puts them at a huge disadvantage as far as winning the game goes.

Ingram has started three games in the net for Arizona and has a 1-2 record.

He statistically is slightly better than his teammate Vejmelka with a save percentage of 89%. Ingram gives up 3.69 goals per game and on the season has saved 101 goals while giving up 11.

Both goalies have a time on ice time of 59 minutes.

The Arizona Coyotes are towards the bottom of goals per game. Six teams are below the Yotes in goals per game scoring under 3 goals on average.

Arizona scores 2.88 goals per game. While both goalies as mentioned above give up above 3.6 goals per game you can imagine that only scoring 2.8 results in losing hockey.

Trends Seem to be Turning…

While Arizona has lost both of their last two games, the trends are turning around into their favor. The goalies have stepped up their game recently.

Now that it seems the first period woes have stopped haunting this team, the offense needs to step up. If Arizona can continue to play defense at this rate and the offense can produce closer to four goals a game, this team can start winning on a regular basis.