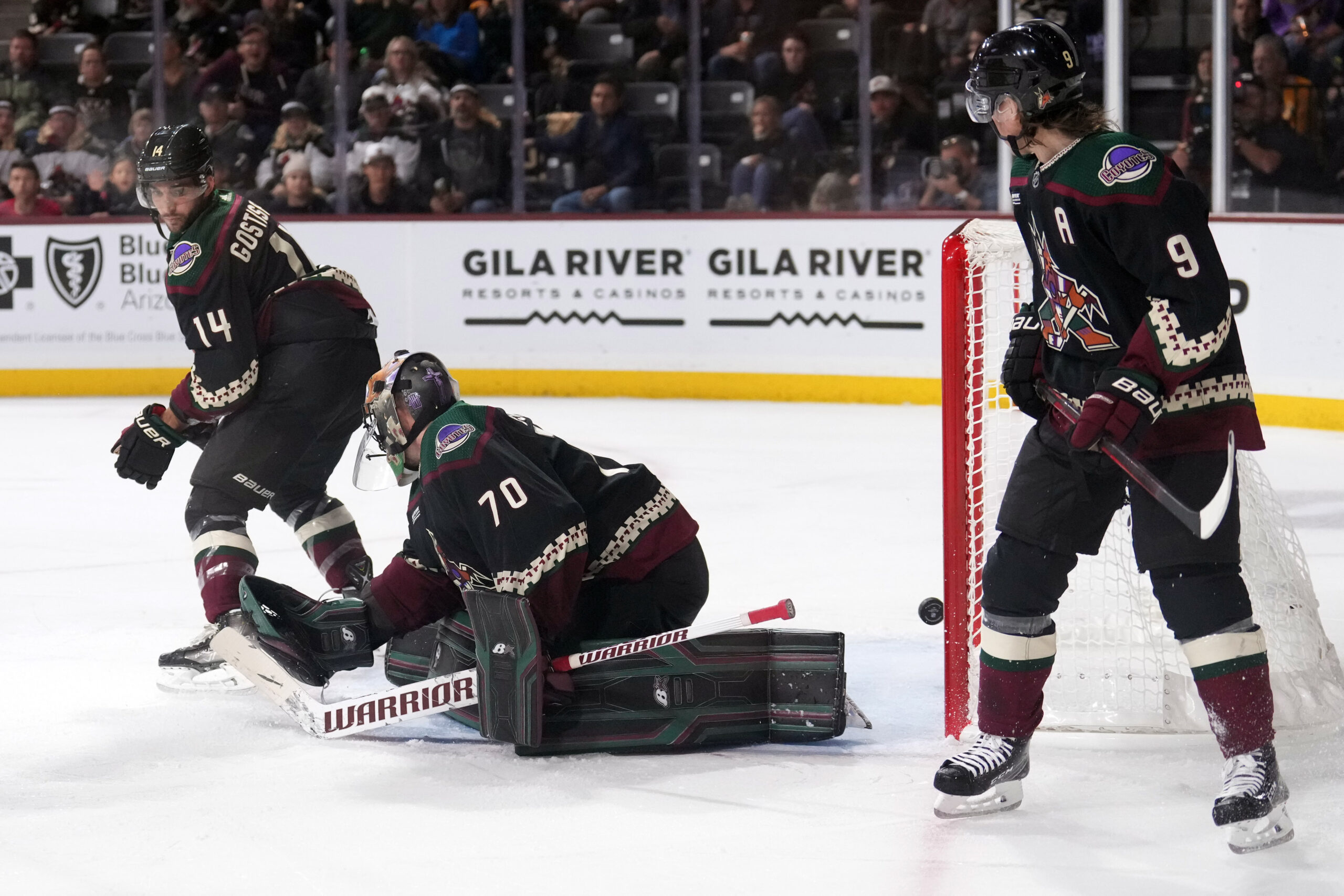 In their second home game the Arizona Coyotes take on the New York Rangers. The Coyotes coming off of a loss Friday night, while the Rangers are coming into this game off of a win. The two teams will duke it out in Mullett Arena, only its second NHL game ever.

The first period showed 0 goals as both teams lock down on the defensive side. The Coyotes are used to giving up early runs.

However the last two games they have shut out their opponents in the first period, giving their offense a chance to get rolling.

However the first period of this game had no offense at all from either side. As the suspense was building going into the second period, nobody knew the amount of offense the second period would bring.

Back to Back in the Second…

After the Rangers took a 1-0 lead with an early goal in the second period. Arizona answered back with two goals of their own, taking the lead 2-1, briefly.

Lawson Crouse put the Coyotes on the board for the first time almost seven minutes into the second. Four minutes later Nick Bjugstad scored his first goal of the season, putting the ‘Yotes up momentarily.

With under two minutes left in the period, New York would tie the game up at 2 a piece, taking the momentum into the final period.

Both teams were going back and forth in the third period before the Rangers took control of the game.

Thirteen minutes into the third period the Rangers took a 3-2 lead that they would not give up. They shut the Coyotes out in the first and third period allowing them to get the victory in the Valley.

New York Rangers win a close one against the Arizona Coyotes 3-2.