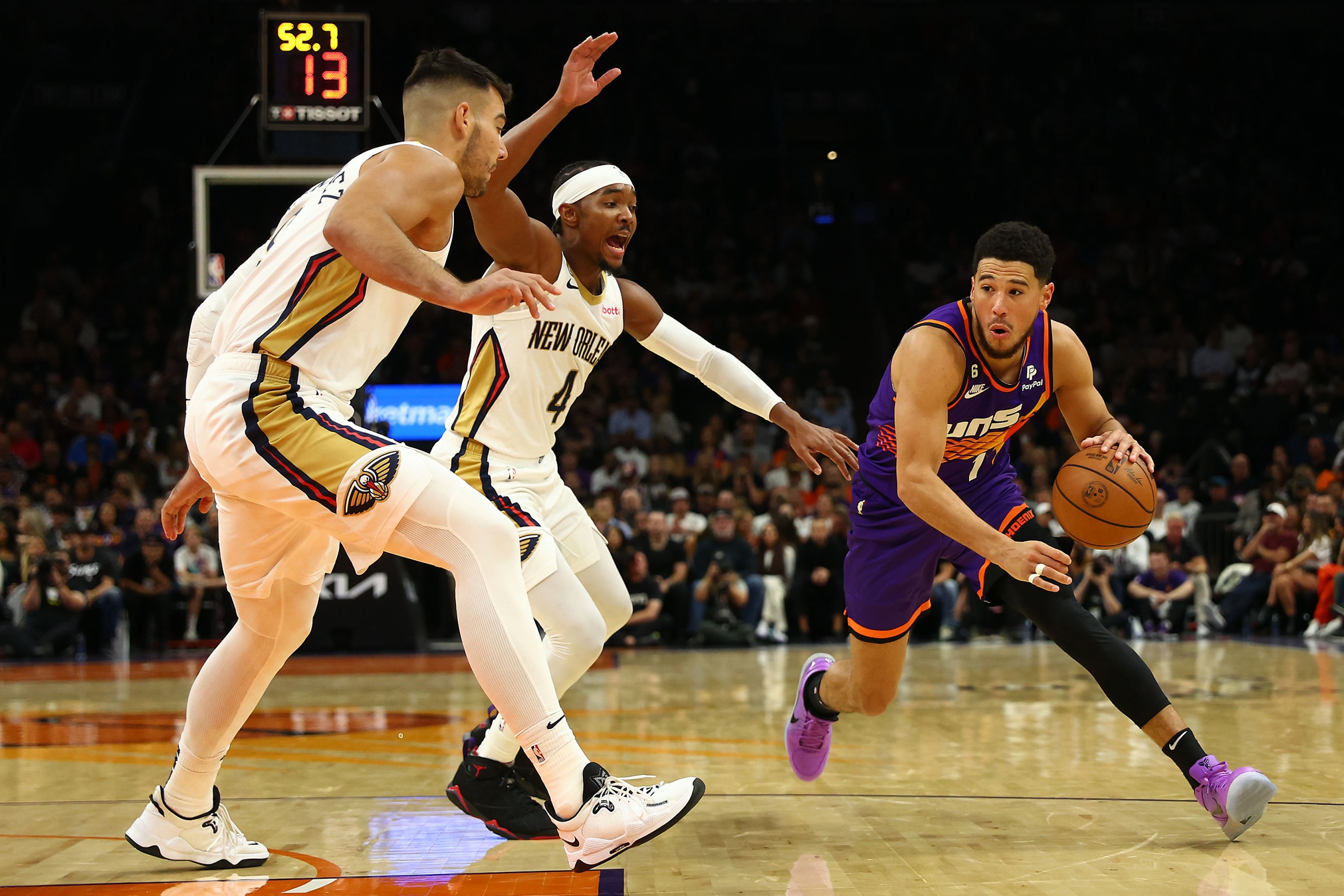 The Phoenix Suns had won their last two outings prior to Friday’s tipoff against the New Orleans Pelicans. The Suns could look to take what was deemed an favorable win, given the injuries to New Orleans key players.

The first half was dictated by turnovers for both teams. Phoenix tallied eight while New Orleans had five. Those eight for Phoenix were costly against a shorthanded yet gritty Pelicans squad, who took the lead after a 10-3 start by Phoenix.

Center Deandre Ayton exited the game early in the first quarter after spraining his left ankle. The result of Ayton’s absence was an opportunity for Bismack Biyombo. The veteran big finished the first half with seven rebounds.

Mikal Bridges was a highlight for the starting unit, posting 15 points during the first half. Seeing as how the Suns were without Ayton, Bridges was the next scoring option behind Devin Booker.

The defense that the Suns displayed during the second quarter returned despite missing Ayton.

Bridges got right back to having a spot-on scoring night, totaling 25 points for the game at the end of the third quarter. Devin Booker also looked to ignite his scoring, getting to the free throw line often during the third quarter.

It was a back-and-forth affair between both clubs during the third, before the Suns pulled ahead with four minutes remaining in the quarter.

The bench for Phoenix heavily outweighed that of New Orleans. Bismack Biyombo along with Jock Landale filled the void left behind by Ayton as well, with the former grabbing 11 rebounds during the third quarter. Landale increased the Suns’ momentum after back-to-back lobs from Chris Paul and Landry Shamet.

Cameron Payne was also another hero off the bench. He put up 12 points during 16 minutes of play while adding in four assists.

In the end, the Pelicans couldn’t outlast the offensive and defensive efforts from players such as Bridges and Biyombo. The Suns found themselves shorthanded as the Pelicans did, but the bench was able to find a stride that gave Phoenix their third straight win.