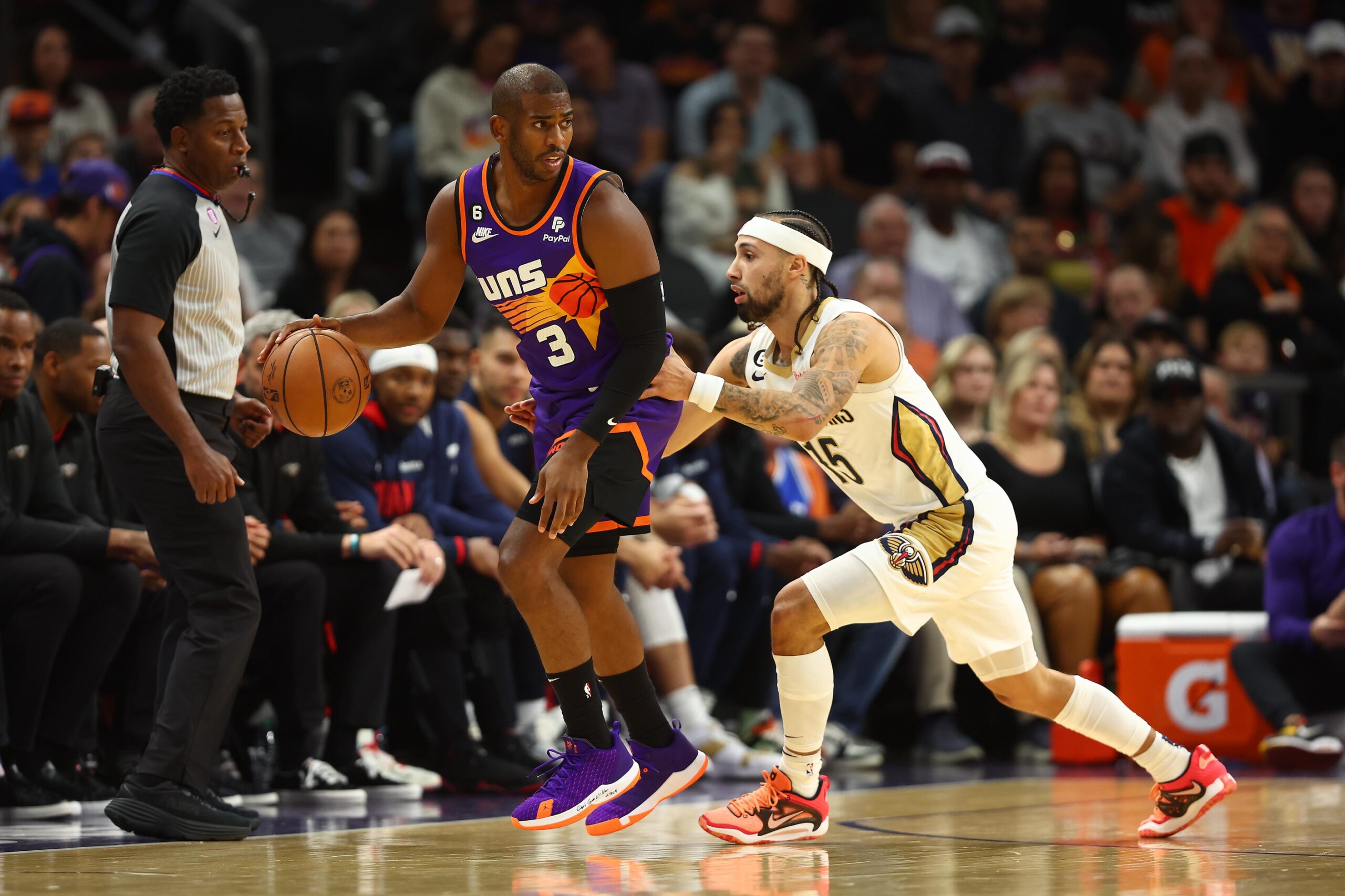 The Phoenix Suns host the New Orleans Pelicans at home on Friday. Phoenix is coming off a statement win against the Golden State Warriors on Tuesday. The Suns are favored against the Pelicans, and with New Orleans being shorthanded, those odds have increased.

Still, the Suns lead the Pelicans 57-52 at halftime.

The Suns jumped out to an early start on the Pelicans, leading at 10-3 for one point of the contest. Yet turnovers quickly became the topic of errors nearly halfway through the first quarter. New Orleans dominated on the defensive end, leading to some easy baskets on offense.

Phoenix tallied a total of six turnovers, while New Orleans nabbed four steals only in the first quarter.

For the starters, Cameron Johnson and Chris Paul both had quiet first quarters, with both going scoreless. Booker played for the entirety of the first, scoring four points. Deandre Ayton seemed to tweak his ankle after putting up four points along with three rebounds.

The Pelicans were able to go on a run, ending with a 27-21 lead in the first.

Head coach Monty Williams elected to deploy a pure bench unit to start the second quarter. Williams has often mixed a few starters with that of the bench to offset droughts.

That wasn’t the case through the first few minutes, as Torrey Craig looked to carry the bench long enough for the starters to return. Craig made a living in the first half off cutting to the basket for two-handed dunks.

The Suns bench played suffocating defense on the Pelicans, which held New Orleans off from maintaining their lead as time approached the eight-minute mark.

Yet the Suns let off the gas, allowing the Pelicans to slip back into the game. Ayton remained out during the second quarter, with Bismack Biyombo filling up the additional center minutes. Ayton’s availability during the second half could be a determining factor in the Suns pulling out a win. It was impressive, however, with Biyombo taking on the rebounding task. Biyombo finished the first half with seven rebounds.

Booker will also look to be more aggressive during the second half. He finished the first half with six points on 3-of-9 shooting.

The first half was encapsulated with turnovers and inconsistent runs from both teams, which didn’t allow a decent lead for Phoenix.