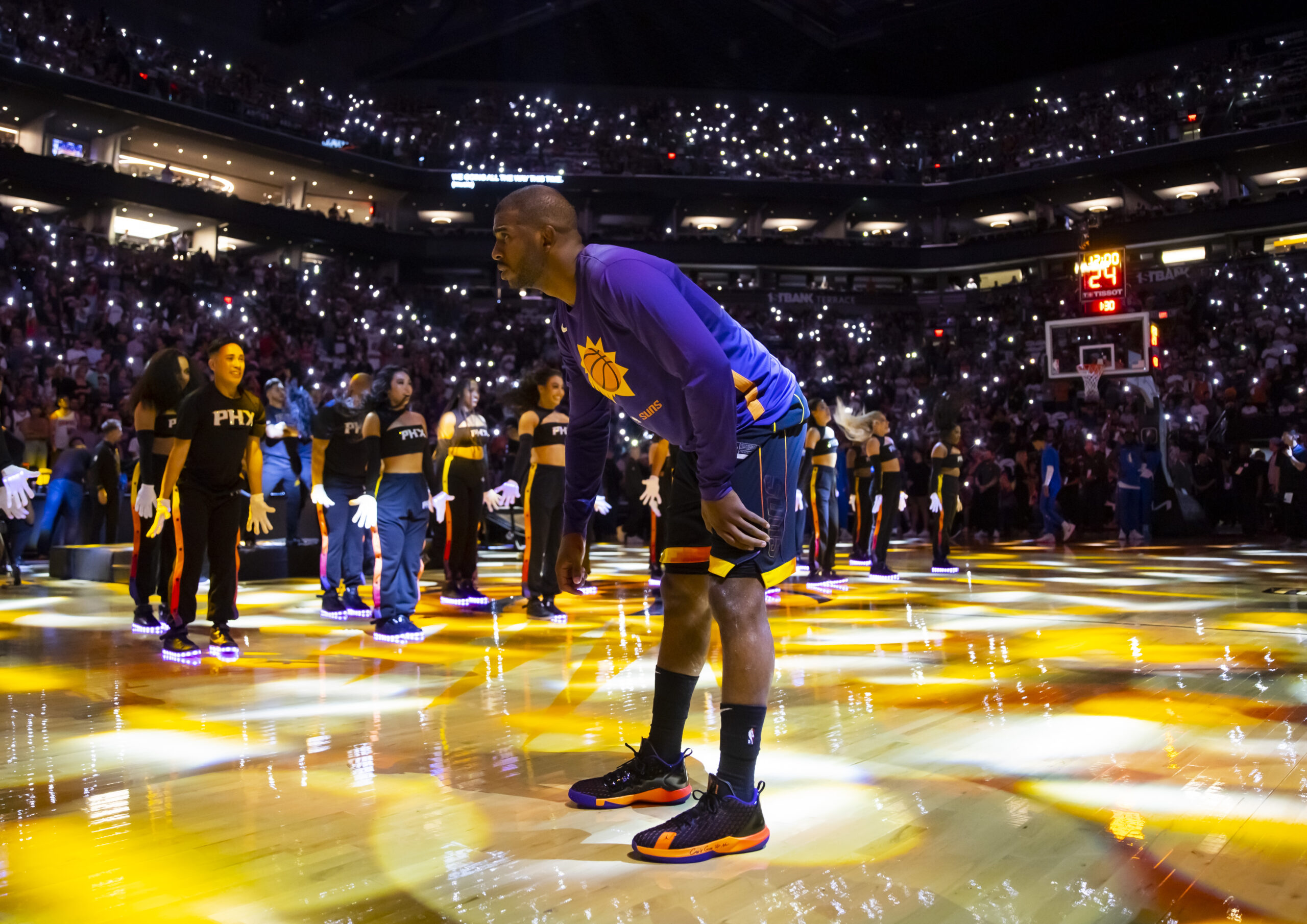 On Sunday night in Los Angeles the Phoenix Suns took on the Clippers. As the Suns took down the Clippers in convincing fashion Chris Paul aka the “Point God” recorded 11 assist in 32 minutes of playing time. The number 11 oddly lines up with the milestone he reached.

This is the list of players to reach 11,000 assist in their NBA career. Paul has become the first player to reach the 11,000 assist mark while also surpassing 20,000 points on his career.

Chris Paul has been special, and already has all of the accolades to make him a Hall Of Fame selection. Nights like this give the fans a chance to celebrate his career as well as witness truly how special of a player he is.

Chris Paul told ESPN, “I honestly didn’t have a clue until I checked out of the game”. He continued by stating, “I’m privileged, I’ve been fortunate to play fro a while now with a lot of great shooters”.

He went on to name a few teammates of the past. Going all the way back to his New Orleans days where it all started with David West and Peja Stojakovic. Continuing to name Blake Griffin, DeAndre Jordan, JJ Reddick, and of course now Devin Booker.

How Many More Milestones Will Paul Reach…

Chris Paul is one of those player where the sky is the limit. He as played for 18 seasons and no one was better than another. His consistency and prowess at the point guard position has changed the game forever.

From his mid-range assault to the way he works the refs will be remembered forever. Yet, in between that is the knowledge of the game and the work ethic that will idolized by generation of points guards to come.

Already you see players trickle into the league with something they picked up from Chris Paul over the years. His impact will be felt, he is one of those players they will talk about 30, 40, even 70 years from now on television specials.