Kliff Kingsbury Willing to Give Up Offensive Play Calling 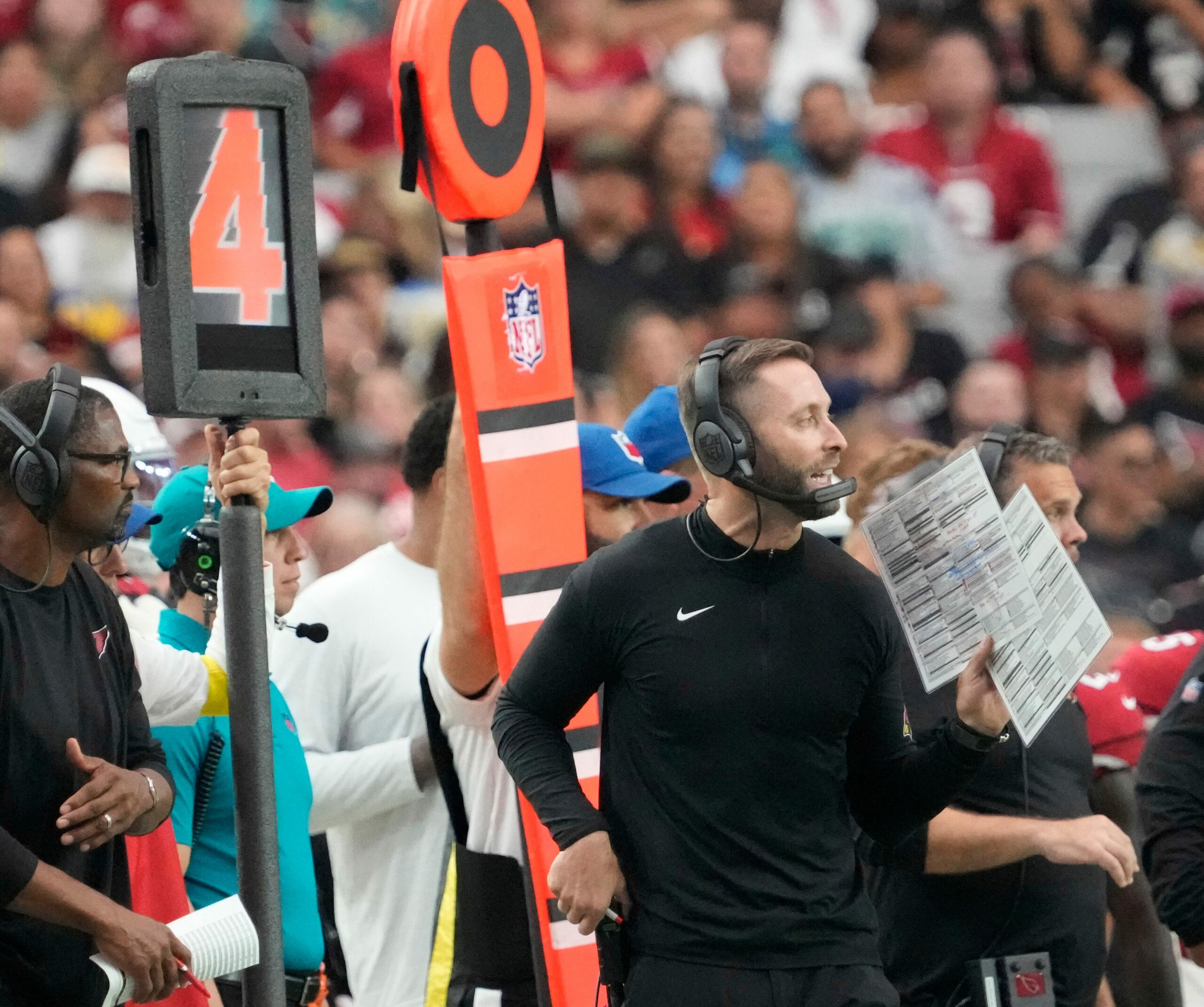 The Arizona Cardinals offense has disappointed so far this season. A 2-4 record is unacceptable for a team that just extended their franchise quarterback and highly proclaimed head coach.

But this record still does not describe how bad Arizona’s offense has performed through six weeks.

Not many expected the defense to be the defining factor of this Cardinals team, yet that is the case. The defense, after week one, has allowed less than 20 points per game. This is against some high-scoring offenses, including the Eagles, Rams, Seahawks, and Raiders.

Kliff Kingsbury and his offense should have no problem scoring over 20 considering the weapons available. However, three out of the last four weeks, this has not been accomplished. Kyler Murray has thrown the same number of touchdowns as interceptions since week two. Along with that, his QB rating is down 20 points from 2021, his yards per game is down 30, and his completion percentage is down 4%.

Kingsbury moving on from the play-call

Whether Kyler Murray is at fault for the poor offensive performances so far this season, the Cardinals need to switch something up.

Kliff Kingsbury even stated he would be willing to give up the offensive play-calling. This has been an extremely controversial subject among Cardinals fans ever since Kingsbury took over as head coach.

Kliff Kingsbury said he wants to do whatever it takes to win. He was asked on @WolfandLuke if that would include considering giving up playcalling.

"We will examine all avenues."

Luckily for Arizona, a slow start has not hurt as much as expected. The NFC West has been far less competitive this year than in the past. No team through six weeks has a winning record.

Kyler Murray will also have his number one WR, DeAndre Hopkins, back this week. Hopkins commented on the pressure that has fallen on him to rebuild the struggling offense.

“Pressure is something that I’ve thrived in.”

Arizona still has time to turn things around, but changes need to be made.  Their next game will be this Thursday against the 2-4 New Orleans Saints.