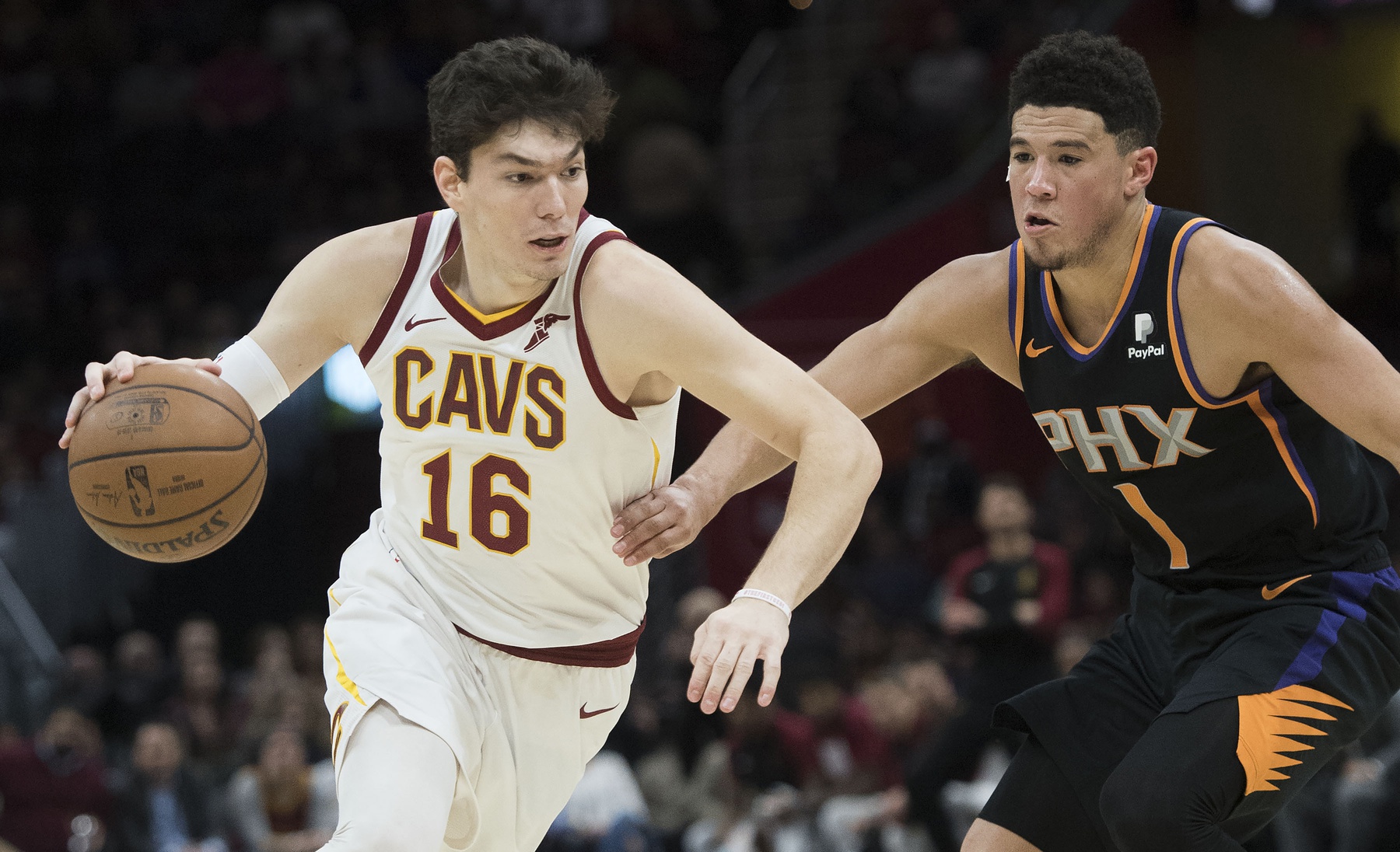 The Phoenix Suns are interested in acquiring Cleveland Cavaliers forward Cedi Osman in exchange for Jae Crowder, according to Arizona Sport’s John Gambadoro.

Just an FYI in two games against the Suns last season Cedi Osman shot 16-30 from the field, 11-19 from three-point range and scored 43 points. His name has been rumored as a trade candidate for Jae Crowder.

Grabbing Osman for the services of Crowder could prove favorable for Phoenix. In any deal, acquiring a player that’s shown success against that said team could be the missing variable. Osman may not be the flashier name of the two with Crowder, but his value could run deep for a contending Suns squad.

Osman, 27, is the younger of the two. He also can provide adequate shooting from deep. The North Macedonia native averaged 10.7 points, 2.2 rebounds and two assists last season for the Cavaliers. Cleveland is in the process of fortifying their nucleus, which may not include Osman.

The Cavs also reportedly have interest in Crowder, which could see both parties equally invested in a potential swap.

Deandre Ayton: The Rise or Fall for the Suns

Crowder requested a trade shortly after posting on Twitter in September that he wouldn’t be attending training camp. For the Suns front office, his post was possibly the signing off on his short yet vigorous time in Phoenix.

While head coach Monty Williams has went on record wanting a deal for Crowder before the season starts, Phoenix will likely opt for the best deal. A deal could come from holding out until the trade deadline could be a possibility.

The Suns have had bright spots so far through camp. Aside from Johnson, Dario Saric has stepped up his productivity. Saric will likely pull extra weight in the frontcourt as well, depending on how a Crowder trade shakes out.