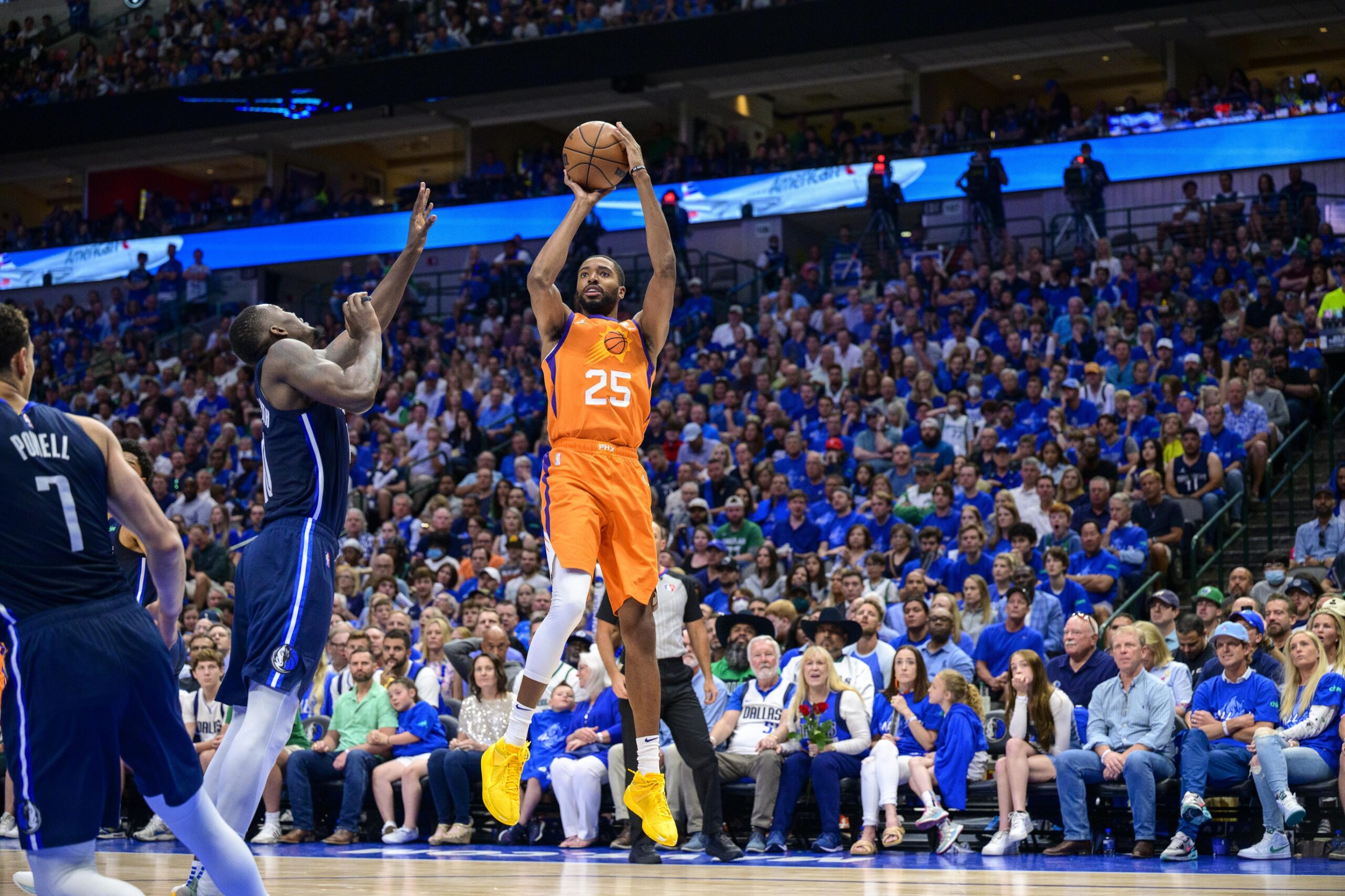 It was reported on Monday that the Phoenix Suns had engaged with the Brooklyn Nets on trade talks surrounding Mikal Bridges and Kevin Durant. Bridges, as reported, became the centerpiece of those trade talks for Phoenix.

Bridges has reacted to the news of being potentially traded. The All-defense forward went on Twitter to give a subtle take to the news.

Bridges has been a valuable piece of the Suns contending core since his arrival in the league. He’s coming off his best season thus far, averaging 14.2 points per contest through all 82 games. Phoenix and Bridges agreed on an extension last season for four years. His retainment from the extension signified Phoenix’s commitment to solidifying their core.

Even so, the Suns much like other teams weren’t against phoning in to the Nets for Durant. With Devin Booker and Deandre Ayton off limits, Bridges becomes the most intriguing piece the Suns can offer.

Phoenix was named one of Durant’s preferred destinations along with the Miami Heat. While Phoenix could’ve used Ayton as the trading piece, that option became void after his extension. Ayton now can’t be traded until January.

There have been rumblings that the Nets may be content to play the waiting game with Durant going into training camp. The Nets haven’t found a suitable deal yet — and that includes Phoenix. The Suns may have to search for a third or fourth team to facilitate a deal for Durant.

The Suns have been on the Durant front reportedly the past month, and Bridges won’t suffice by himself. Bridges, like other players that’ve been in talks for Durant, will probably move about the offseason as normal. Durant’s a former MVP and three-time gold medalist — the Nets won’t accept a minor deal.