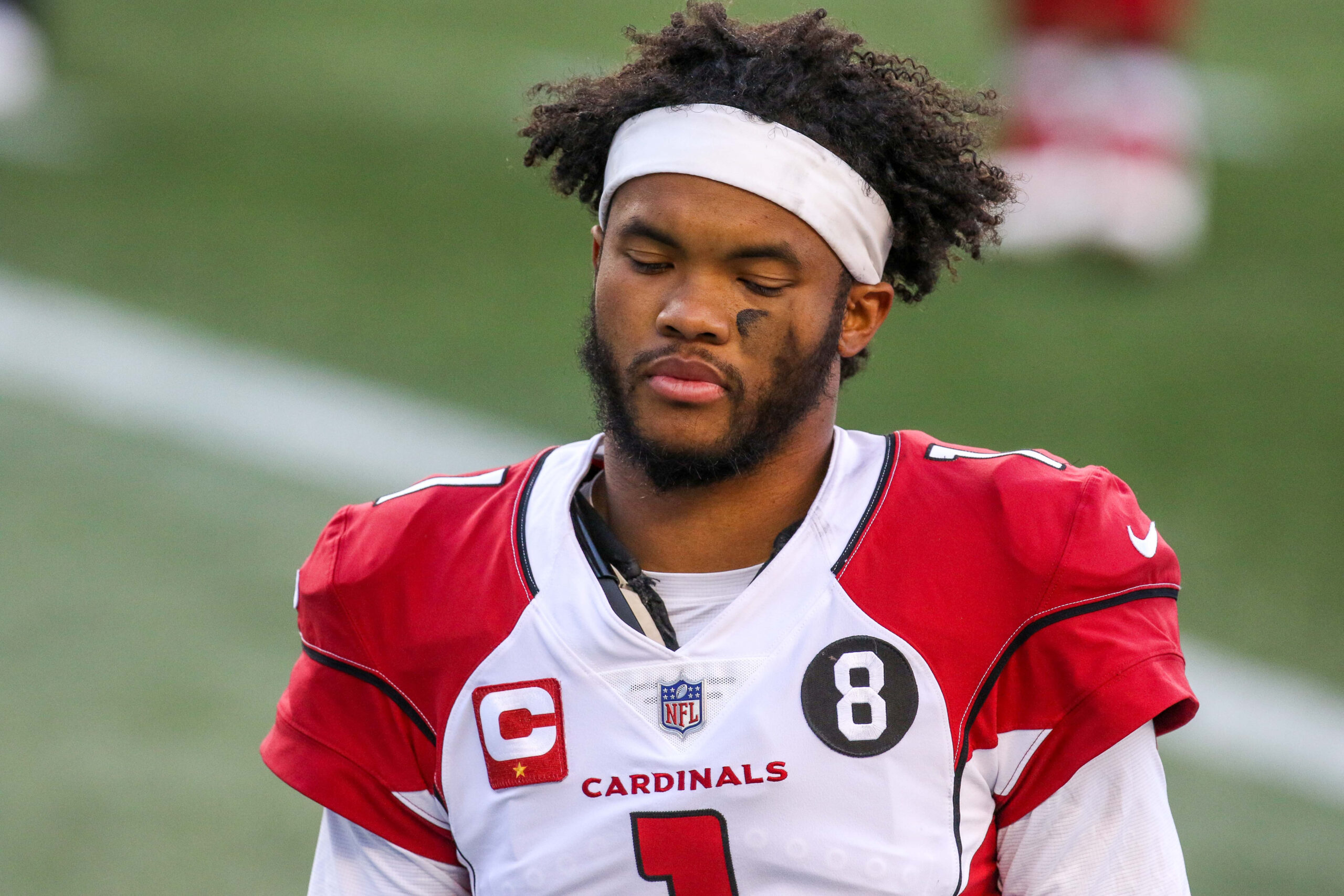 On July 21, Kyler Murray signed a $230.5 million five-year extension with the Arizona Cardinals. This contract came after an offseason full of questions on whether or not the 24-year-old quarterback would return to the team.

Initial reactions throughout the league and social media were mixed. There were arguments on both sides whether Murray deserved to be paid the second highest QB average in the league. Many Arizona fans felt it hard to pay someone after getting their heart stabbed in the previous season, this being the 2022 playoffs. Kyler and the team did not exactly receive the result they were looking for to end last year. Murray in particular disappointed just about everyone by finishing the game with two interceptions, zero touchdowns, and only 137 passing yards. To cut him some slack, this was his first-ever playoff game.

So, does the two-time Pro Bowl QB deserve to get paid an average of $46.1 million a year?

Honestly, no Kyler Murray does not deserve this contract.

You have to earn it

Only Josh Allen and Patrick Mahomes are above Murray when it comes to the overall contract value.

Mahomes signed his contract in the 2020 offseason. This $450 million deal came about 5 months after he led his team to a Super Bowl victory. This was also after he took home the league MVP trophy. Patrick was the youngest quarterback in NFL history to win both a Super Bowl and league MVP. Mahomes accomplished all of this at the age of 24, which is how old Murray is right now.

Josh Allen signed his massive contract just before the beginning of the 2021 season. This deal was worth over $258 million and would keep Allen in Buffalo for six more years. The previous season, Allen came in second in MVP voting and 4th in the offensive player of the year voting. Along with coming close to a couple of major accomplishments, he led his team to an AFC championship where he fell to none other than Patrick Mahomes.  Allen threw for over 4500 yards which ranked 5th in the league, he also had a stellar 76.7 QBR which was 3rd in the NFL. It was obvious that Allen was pulling the team in the right direction.

Both quarterbacks have one thing in common, their massive contracts came off of massive seasons. They both had made a name for themselves as being some of the best in the league. There was no argument on if they were “top 10” or if they “deserved” the money. It was a common agreement that both young stars were on the road to being faces of the NFL.

Murray is coming off a season where he was knocked out of the playoffs embarrassingly. As stated before, his performance in the final game against the Rams was not encouraging whatsoever. He showed no improvement in the second half of the year once again. Murray after week nine only averaged 6.7 yards per attempt. After a 10-2 start, the team finished 11-6. Now of course Kyler Murray is not the only individual to point fingers at, but he is one of the players to blame for this collapse.

Now, this is not to say Murray is a bad quarterback. Kyler has two Pro Bowl appearances along with an offensive rookie of the year award that he won in 2019. He has improved when it comes to his record as a starting QB every year. In 2019 he finished 5-10-1, in 2020, 8-8, and finally this previous year he ended with a 9-5 record while he was starting. Along with an improvement in his record, his stats have shown immense promise. Murray set new personal records in 2021 with a 69.2% completion rating and a 100.6 QBR. Not only that, but he was also on pace to throw for his personal best in yards along with touchdowns in a season. This is if he did not miss three games due to an ankle injury.

However, even as these numbers are improving for the Cardinals quarterback, this does not mean he deserves to make more than some of his counterparts. Murray now will be earning more than almost every single player in the league. Of course, it is hard to compare his contract to other players considering contract values as a whole have increased significantly over the years, but it is something to take note of. With no playoff runs under his belt, Murray in total value is making more than Super Bowl winning quarterbacks Matthew Stafford, Tom Brady, Aaron Rodgers, and Russell Wilson.

The right fit at the wrong price

Nevertheless, Murray is a great fit for the Cardinals. He slips in perfectly with their speedy offense and Kliff Kingsbury’s “air raid” style of play. The Cardinals had the right intentions trying to sign Kyler Murray as their franchise quarterback, but they may have done it at an unreasonable price. Looking ahead a few years, the Cardinals will have allocated more than 15% of their cap space to one player. For reference, the average NFL team spends around $19.2 million on all of their quarterbacks. Only four teams have dedicated more than 15% of their cap space to the position. The Cardinals accomplished this with only one player. This coming from a team that once ranked in the bottom 10 of cap spending.

Kyler has shown promise and I do not blame the Cardinals organization for drooling over their once number one overall draft pick. This season, he has a lot of people to prove wrong, including myself.

The pressure is on, will the 24-year-old quarterback live up to his $230.5 million price tag?