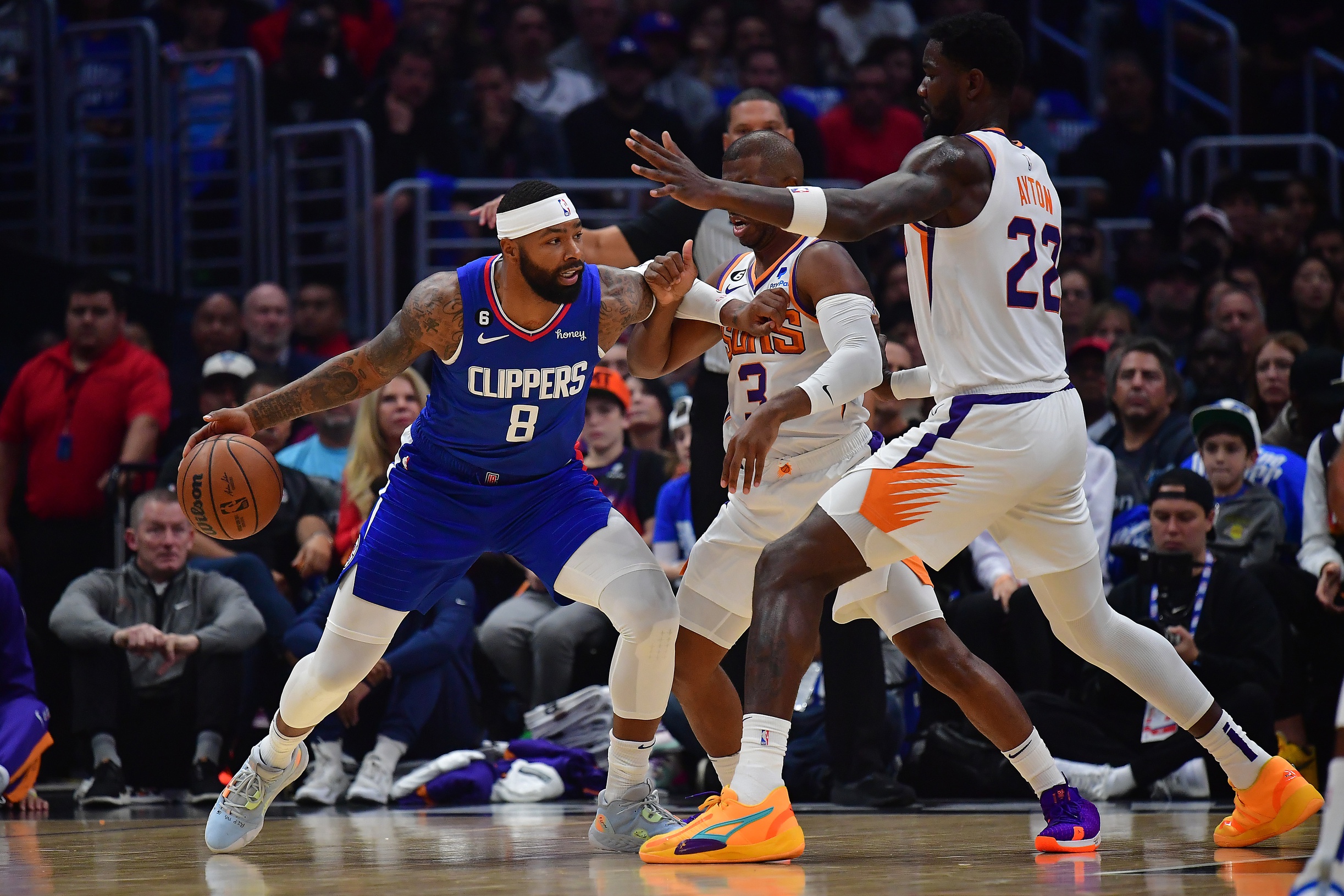 The Phoenix Suns are traveling to Los Angeles to take on the Clippers in the last of their four-game road stint before coming back home this weekend. The Suns just lost to the Houston Rockets dropping their record to 16-12 and they’re now riding a five-game losing streak. Mikal Bridges was the leading scorer in that game as he scored 18 points. The Suns had a disastrous second quarter only scoring 15 points and turning the ball over a ton. They bounced back in the second half with 62 points but the game was well out of reach at that point.

The Clippers on the other hand are winners of three in a row as they just beat the Timberwolves yesterday to improve to 17-13. Kawhi Leonard led the team in scoring with 19 points but Paul George was the star of the game posting a triple-double with 17 points, 11 rebounds, and 11 assists which is the first time he has ever done that as a Clipper. Leonard also played the most minutes he has played this season logging in 31 minutes. With Kawhi still coming back from injury, it wouldn’t be surprising if head coach Ty Lue rests him today but there will be more information on that closer to tip-off. Here are a few things to look for in tonight’s matchup against the two teams.

Will The Suns Get Some Players Back From Injury Tonight?

This is the million-dollar question. During the Suns’ five-game losing streak, they have not only shot the ball poorly but they have had players in and out of the lineup with injuries over the last week. One day Chris Paul and Torrey Craig are out. The next day Devin Booker and Duane Washington are out. The next day Deandre Ayton and Cameron Payne are out. And that’s not to mention that they’re already without Cameron Johnson who is not only a starter but is one of their best three-point shooters on the team.

Going into today’s game the Suns will already be without Johnson, Payne, and Washington. They may get reinforcements back from Booker and Ayton depending on how they’re feeling leading up to the game during shoot-around and warmups. Booker has missed the last two games with left hamstring tightness and Deandre Ayton injured his left ankle a couple of days ago in the loss to the Rockets. It would be huge if the Suns can get their two top-heavy scorers against a good Clippers team that’s starting to gel together and get healthy. Only time will tell in the next 6-7 hours before the game.

Got to Break Out of the Shooting Slump With a Strong Start:

During their five-game losing streak, the Suns have been shooting the ball at 42% from the floor and only 34% from three. However, their issues shooting the ball come in the first half of the game. During the last five games, the Suns are shooting 36.6% from the floor and shooting 24.7% from three while attempting 17 shots beyond the ark. A lot of the Sun’s issues during this five-game losing streak have come because of slow starts to the game.

The Suns have not been a team that makes a ton of shots at the rim and in the paint which also leads the reason to why they don’t get to the foul line as much as other teams around the league. They rank 28th in the league in free-throw attempts and have only had one game in the last 5 where they have attempted more than 20 free throws. If you factor that with how they’re shooting the ball lately, then the slow starts will only continue.

The Suns in this contest have to find ways to get to the free-throw line and get transition buckets to try to get their shots back and going. The Clippers only foul 20 times a game which is good for the 13th fewest in the league, but they turn the ball over 15 times a game which is the 7th most in the league. With the Clippers being a dominant defensive team ranking 4th in the league, it’s up to the Suns to generate points in a way that will give them an advantage. This screams a Mikal Bridges bounce-back game as he’s been averaging 1.4 steals a game over the last 5 contests with getting at least two steals in three straight games. Last game he also shot 8 free throws and has been perfect from the line in the last 5 games. If he can start to find his shot, and the Sun’s scheme some shots for him at the corner where he has really excelled this season while continuing to be aggressive and getting to the foul line, I think Bridges will have a monster game tonight.

The tip-off for this game begins at 8:30 AZ time at Crypto.com Arena as the Suns are looking to get out of this five-game losing streak with a win tonight.