No Greg Dortch or Rondale Moore for the Cardinals 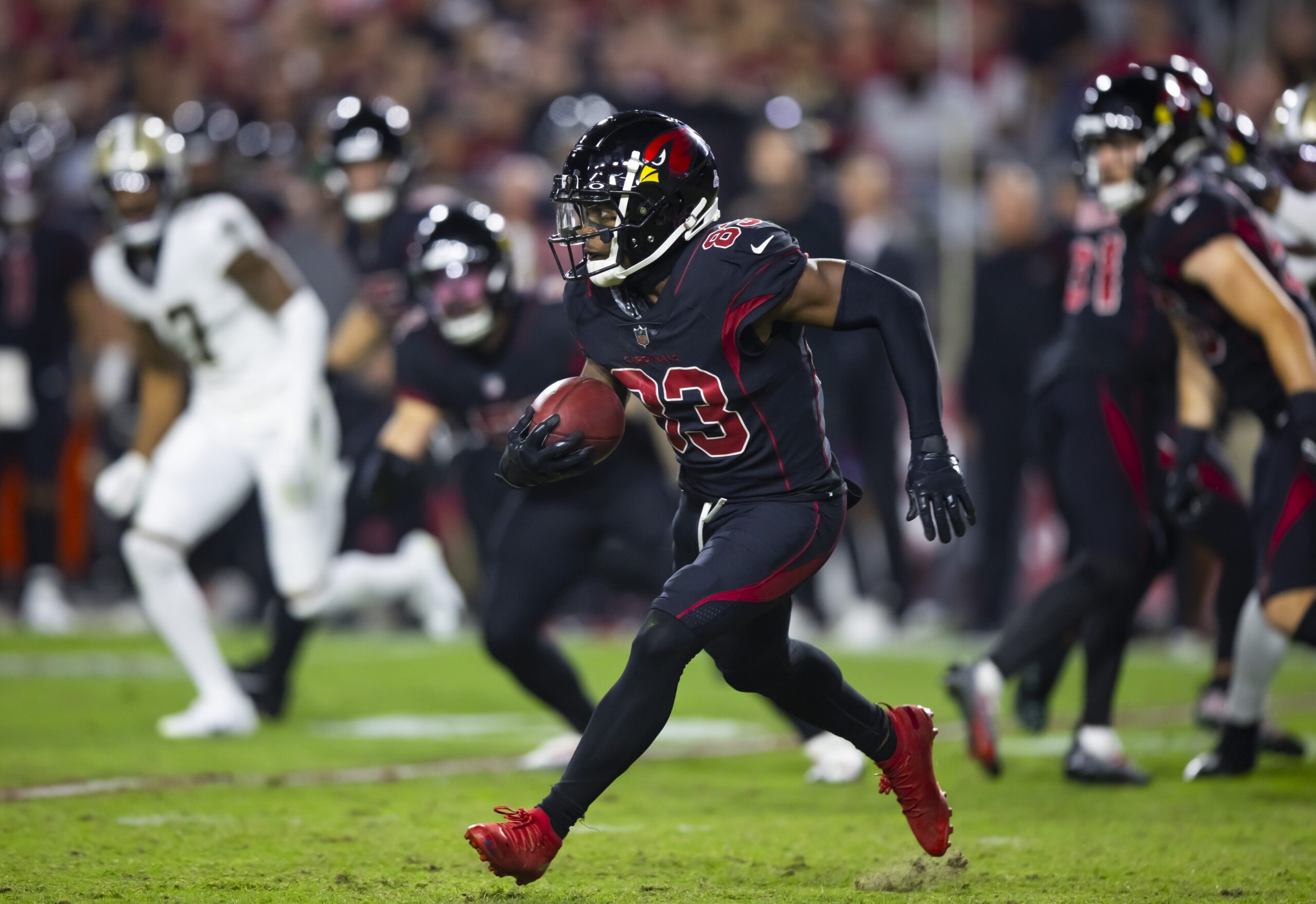 The Arizona Cardinals will be without receivers Greg Dortch and Rondale Moore during this Sunday’s matchup versus the Los Angeles Chargers.

Greg Dortch is on the inactive list after having his first career 100-yard receiving game last Monday against the 49ers. Playing mostly the backup role, Dortch has done an excellent job covering for the absences of DeAndre Hopkins and Marquise Brown.

Joining Greg Dortch on the sidelines will be WR Rondale Moore. Injuries have been a common theme for Moore so far this year. This will be his fifth game this season that he will miss due to leg injuries. However, in the time that Moore has played, the Cardinals have gotten more than enough from him.

Moore is one of the few promising signs for Arizona this season. The 22-year-old receiver is averaging over 50 yards per game in just his second season in the NFL.

On the bright side, Cardinals’ fans will finally get the opportunity to watch one of the best wide receiver duos in the league.

For the first time this season, DeAndre Hopkins and Marquise Brown will be taking the field together. Because of injuries and a suspension, the Cardinals have had to wait until Week 12 to see what the two can do when combined.

With Greg Dortch, Rondale Moore, and TE Zach Ertz unavailable, QB Kyler Murray will have his eyes locked in on his two favorite targets.

Get your popcorn ready, because this will be a fun one to watch.