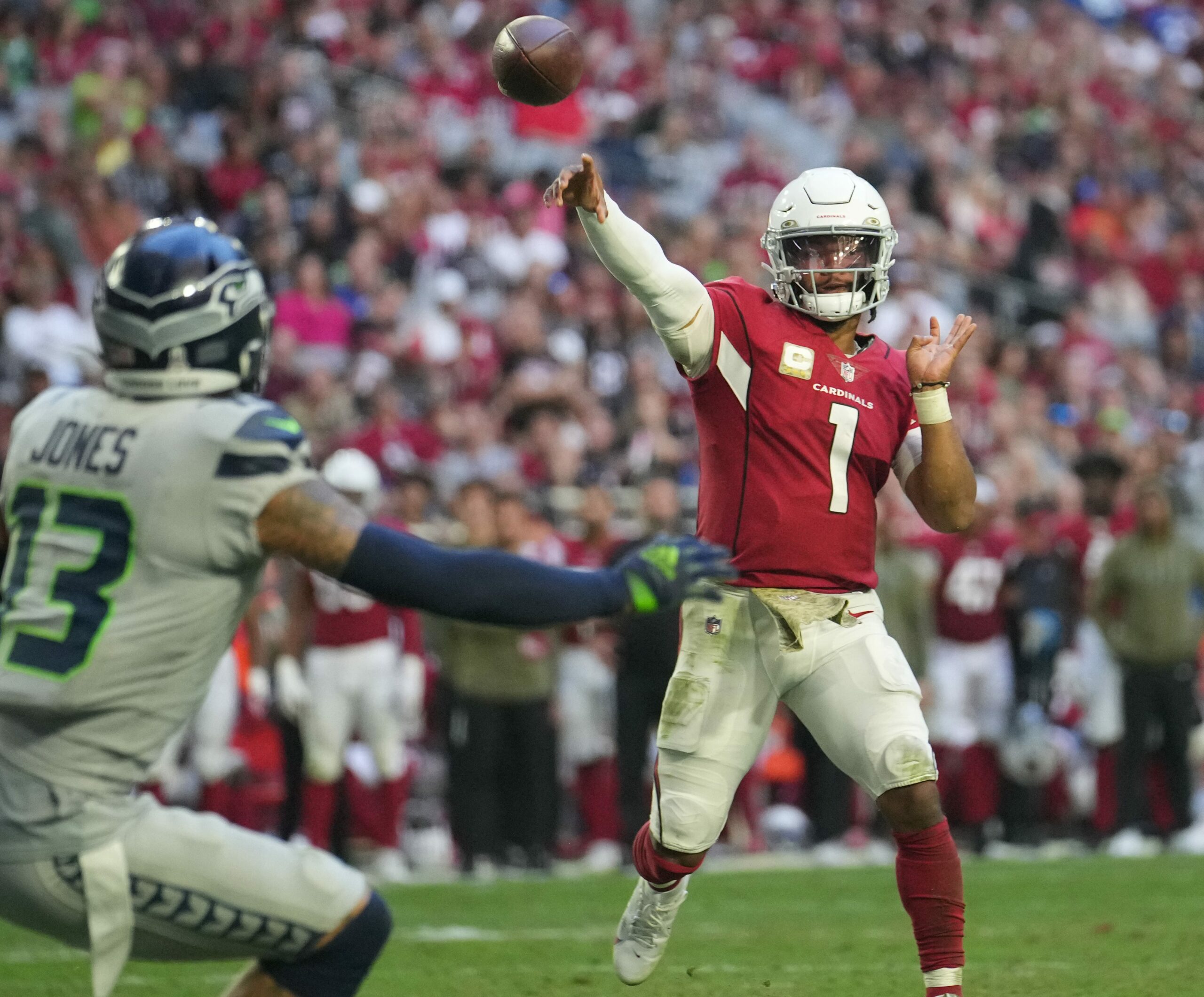 After missing two weeks with a hamstring injury, quarterback Kyler Murray is expected to play this Sunday against the Los Angeles Chargers.

The Cardinals struggled in Week 11 without Murray on the field, falling to the San Francisco 49ers with a final score of 38-10.

Kingsbury now feels that Murray is 100% ready to go this Sunday.

“He feels great, he feels 100%. If there was anything less than that we would have maybe waited, but he feels full go so we’re going to get him going.”

So far this year, Kyler Murray has not played to his full potential. Compared to 2021, almost all of his quarterback statistics have seen a hit.

With his completion percentage down 4%, yards per game down 30, and QB rating down 14 points, Arizona is in desperate need for their franchise quarterback to comeback from this injury stronger than ever.

Sitting in third place in the NFC West with a 4-7 record, the Cardinals can hardly afford another loss this season, making every game do or die.

This Week 12 matchup against the Los Angeles Chargers will take place at State Farm Stadium, kickoff at 2:25 pm. Arizona time.