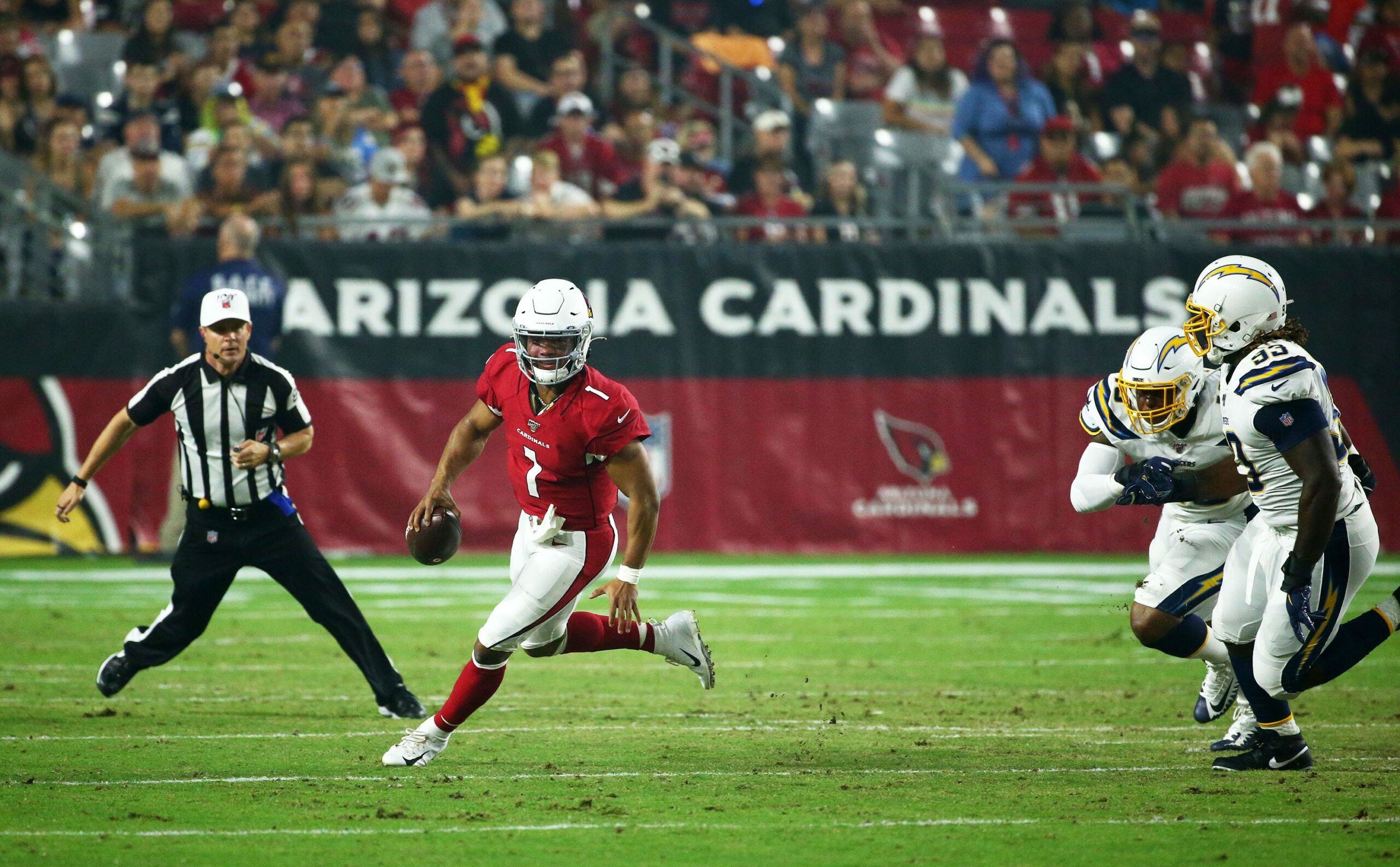 The last time fans got to see a battle between the Arizona Cardinals and the Los Angeles Chargers, things looked a little bit different.

In a 2018 Week 12 matchup between Phillip Rivers and a struggling Josh Rosen, LA dismantled Arizona as the game finished with a final score of 45-10.

Fast forward four years, and the two teams are a bit more even.

The Chargers are coming off back-to-back losses to the 49ers and the Chiefs. Sitting just outside the playoff picture with a 5-5 record, there is a lot on the line for Justin Herbert and his team.

The Cardinals, on the other hand, have watched their season slowly slip out of hand. With a constant wave of injuries, Arizona is off to its worst start since 2019. Sitting plenty out of the playoff picture, the only hope for the Cardinals is to basically win out.

Both teams will be dealing with a handful of injuries this Sunday.

On the Chargers’ sideline, they will be without WR Mike Williams. So far this year, Williams has had three games with over 100 receiving yards. This will be the first game this year that he will be out for the entirety.

Joining Mike Williams on the sidelines is safety Nasir Adderley. This will also be Adderley’s first game out this year.

But things look a little more troubling for the Cardinals. Being the most injured team in the NFL, they are living up to their name this week, with five players out and two questionable. This is not to mention the three offensive linemen on the injured reserve, Rodney Hudson, Will Hernandez, and Justin Pugh.

The injuries on the offensive line have been the biggest killer for Arizona this year.

On a positive note, WR Marquise Brown is likely to be activated and ready to play for the first time since Week 6.

The Arizona Cardinals are notorious for their poor home performances. This season, the Cardinals are 1-4 at State Farm Stadium, and in total, Kyler Murray has a 10-17 career home record.

However, the defenses will be the main storyline in this game. Both teams sit in the bottom five of just about every defensive category. The Cardinals give up an average of 26.5 PPG (31st), whereas the Chargers have allowed an average of just below 26 PPG (28th).

It is the running defense that has killed the Chargers the most this year. Currently, LA has allowed an average of 148 rushing yards per game, only below the Texans and the Lions.

Luckily for them, Arizona has struggled immensely to establish any sort of running game. With multiple offensive linemen injured, the Cardinals have averaged only 4.2 yards per carry (22nd).

Expect a high scoring affair where both teams rely heavily on the passing game to move the chains. Justin Herbert and Kyler Murray have a lot on the line, and both have the arms to make this a shootout.