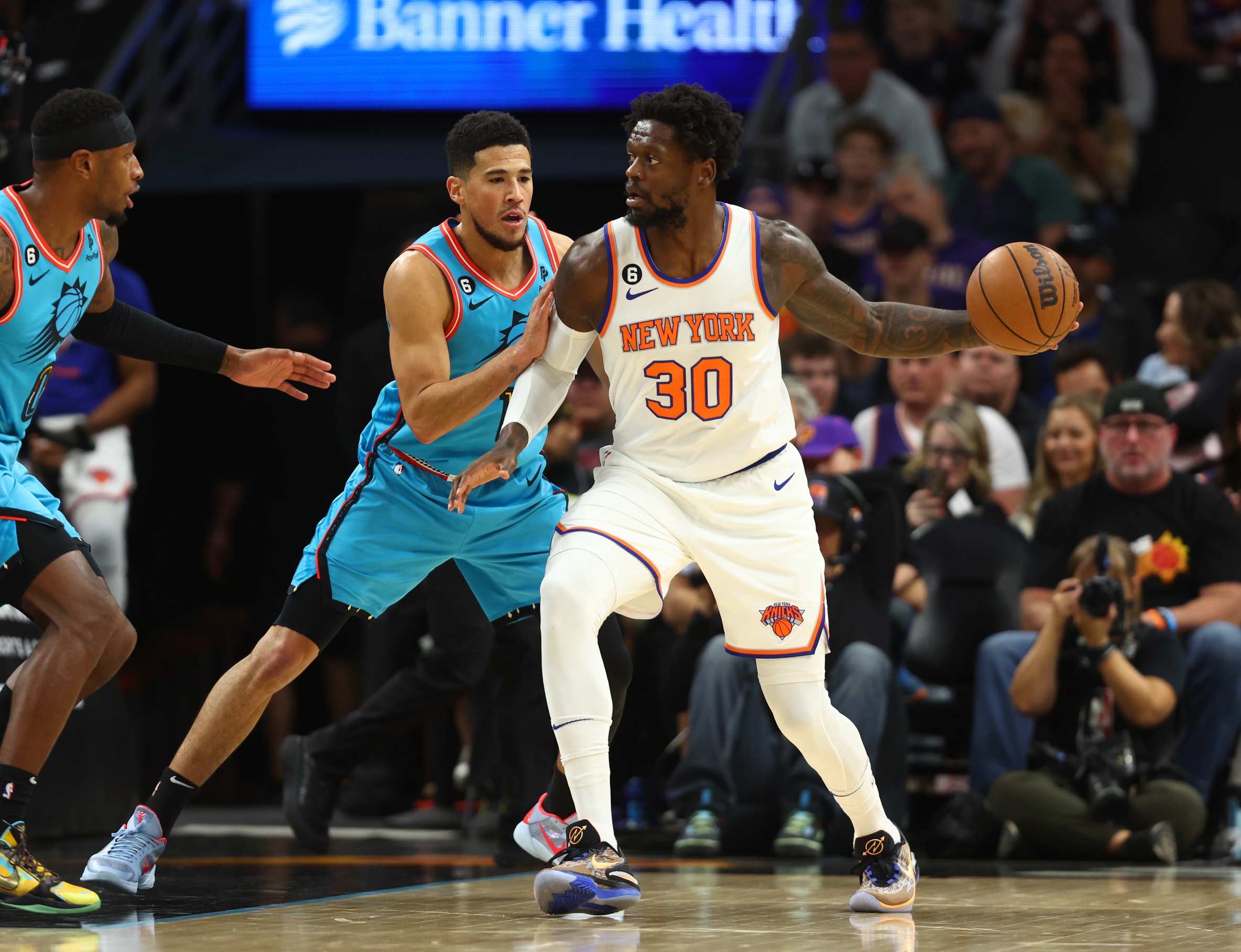 The Phoenix Suns needed a win to get their momentum back on track against the New York Knicks on Sunday. The Suns were coming off a deflating loss to the Utah Jazz on Friday.

With the Western Conference so tightly contested, a win could shoot the Suns back into the top-three position. The Knicks were 8-8, coming off a loss to the Golden State Warriors. Phoenix had won eight games straight against the New York.

That streak continued as the Suns completed a second half 116-95 blowout over the Knicks.

The Suns got off to a hot start. They were able to hold the Knicks to only 22 first quarter points, far above their defensive average lately. Cameron Payne put up 10 points in the first quarter to aid the Suns lead.

The Knicks did show a bit of urgency late in the first quarter to put together a run. The last expectation was that it would be the story of the second quarter to shorten the Suns’ lead. The Knicks were able to capitalize on the Suns’ poor shooting to get back into the game, cutting the lead to to only two for Phoenix.

Phoenix needed to get back to the defensive efforts it showed in the first quarter to hold New York off for the rest of the game.

In the opening minutes, Phoenix couldn’t get shots to fall. They’d managed to put up five points from Booker and Craig through three minutes of play.

Defense was the key to the Suns getting back out into the lead, and that was made evident as Mikal Bridges wrestled away a steal for an easy score for Booker.

The Suns got into a shooting grove after hitting three consecutive three-pointers to help extend their lead.

Jalen Brunson became an issue for Phoenix in the third quarter, but it wasn’t enough to stop the Suns that’d found their shooting touches. It quickly became a shooting party, as the Suns seemed unstoppable from three-point range. Phoenix shot 46 percent from deep during the third quarter.

Phoenix needed the bench to be more present in order to walk away victorious. The starters’ energy certainly became infectious given the reserves’ level of play during the second half.

As the Suns’ lead continued to increase, head coach Monty Williams kept in his bench unit for an extended stint for the quarter.

Damion Lee picked up where Phoenix left off in the third quarter. He put up 15 points, connecting on four of his six shots from deep as well.

It became a question as to whether either Booker and Ayton would even be put back in with the lead nearly up to 30 as time hit the six-minute mark. Payne became the lone starter remaining with only four minutes remaining in the fourth quarter.

It was an imperative victory for Phoenix, one that got almost out of reach in the first half. Yet the Suns reigned in their open looks from three-point range to make the contest a sure-win.

Phoenix now improves to 10-6, with its next game coming at home against the Los Angeles Lakers.