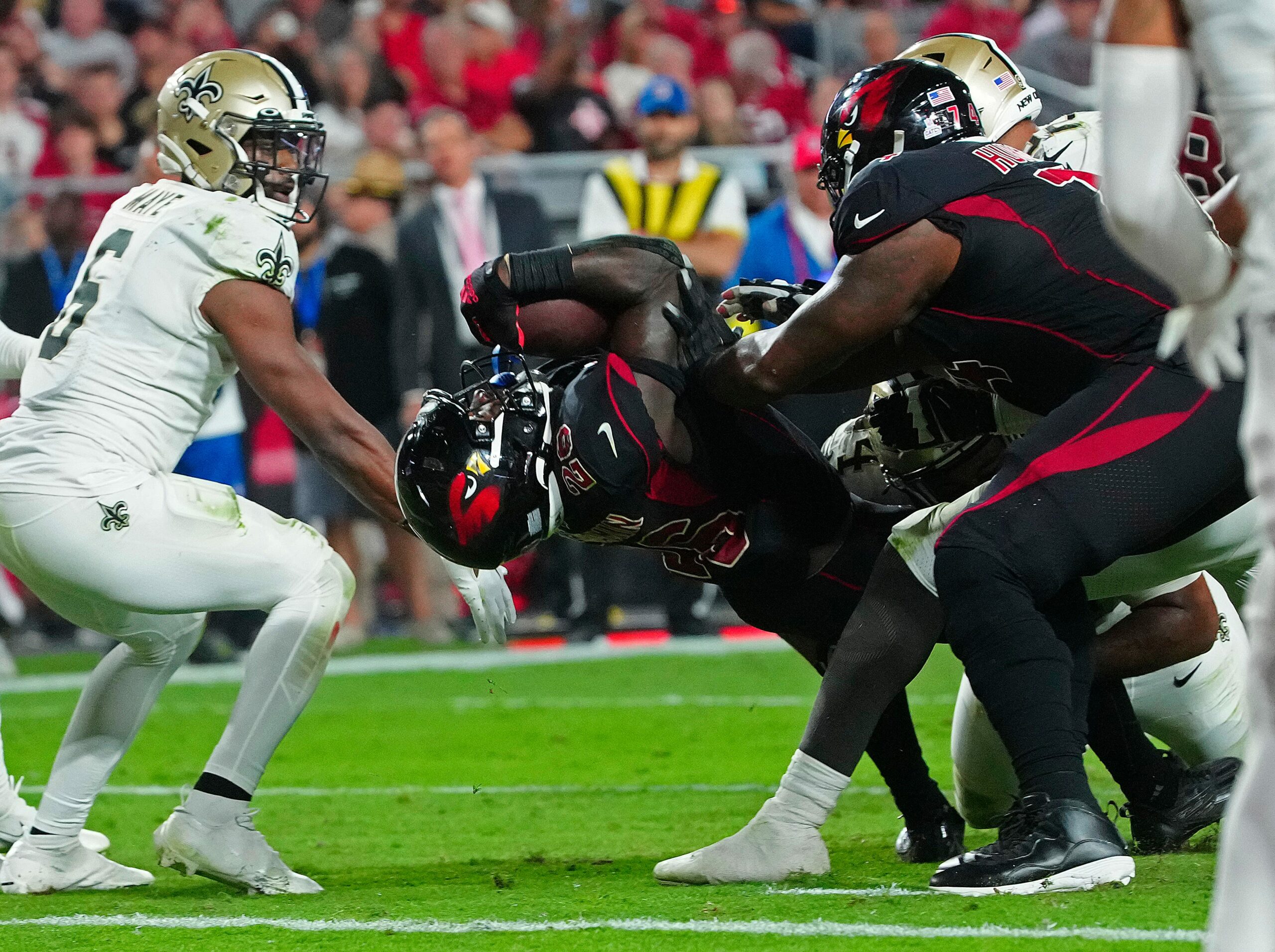 It has been a little over two days since the release of RB Eno Benjamin, and fans are still in shock.

The Arizona Cardinals have been extremely quiet about the entire situation, making things even more uneasy.

While Benjamin was of course a backup, at only 23 years old, releasing this talent seems odd in just about every way.

Kliff Kingsbury finally spoke about the release this Wednesday afternoon. But the Cardinals’ head coach was extremely bland in his response, not answering any specifics.

“We’re always going to do what’s best for the organization. I’m not going to go into detail.”  via @BoBrack

Even quarterback Kyler Murray seems to be unaware of what exactly went down. Murray explained that he had a good relationship with Benjamin and stated, “I can’t really speak on it.”

“We had a pretty good friendship…not sure on what exactly went down. I can’t really speak on it.”

Kyler Murray on the abrupt release of Eno Benjamin. pic.twitter.com/elg4pdGSuv

Some theories suggest that the answer to everyone’s question is not allowed to come out until a new episode of HBO’s ‘Hard Knocks’ is released.

Eno Benjamin’s talent was demonstrated by the demand teams had for him as soon as he hit waivers. With first priority, the Houston Texans picked up Benjamin right away, but they were not alone. The Kansas City Chiefs, Seattle Seahawks, and New Orleans Saints all put claims in for Benjamin, according to NFL insider Field Yates.