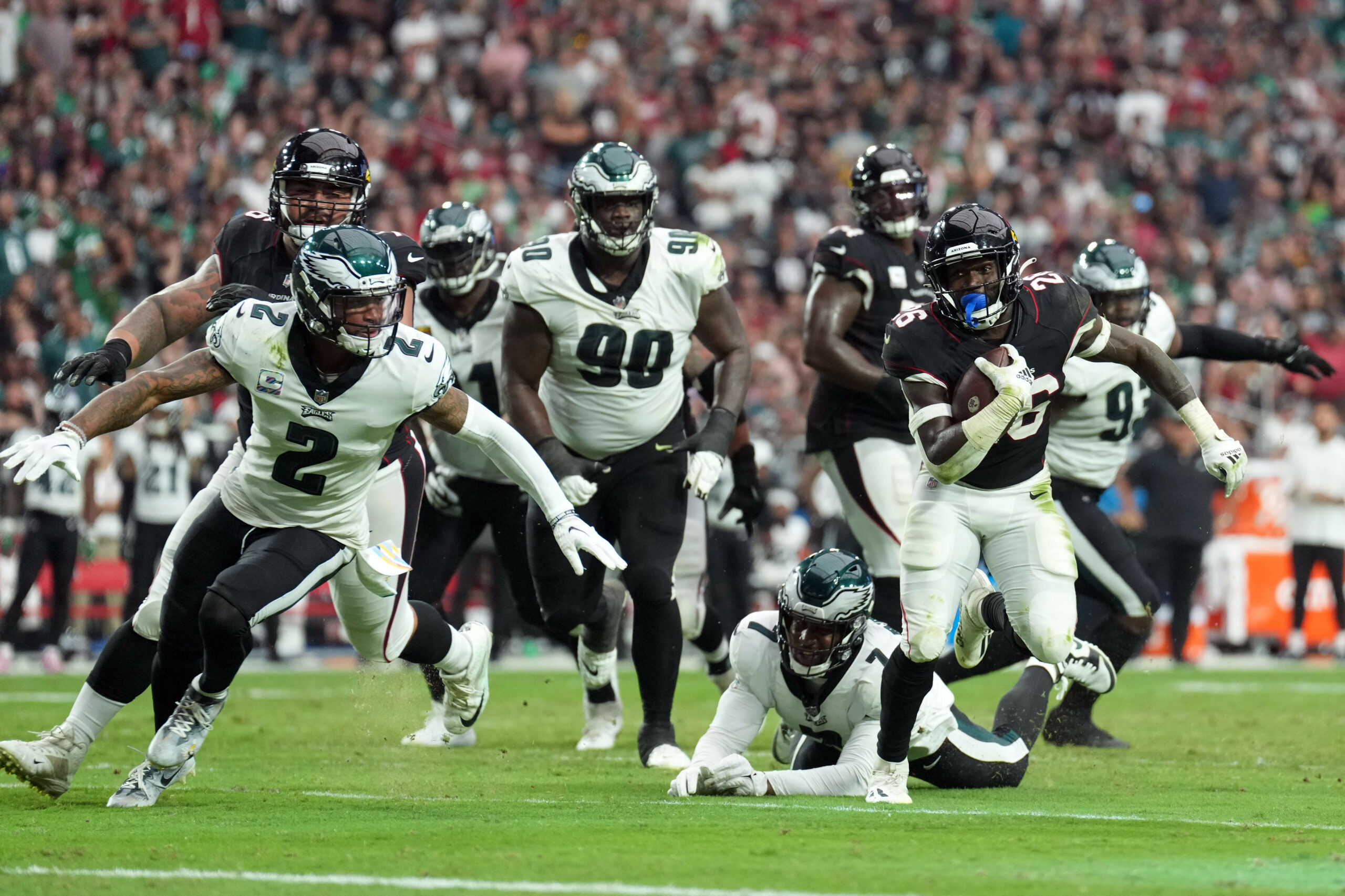 With both James Conner and Darrell Williams out, the Cardinals will look to Eno Benjamin to take over at running back.

The 23-year-old out of Arizona State University got his second taste for the endzone last week against the Eagles.

Benjamin ran in a 11-yard touchdown in the fourth quarter to tie the game at 17.

The native son, Eno Benjamin, rumbling for the TOUCHDOWN!pic.twitter.com/q6Jawg4skO

Now, he will have an even better opportunity against the Seahawks. So far this season, Seattle has given up the most rushing yards out of all NFL teams. Their defense has struggled to hold off the big rush as they are averaging 170 rushing yards given up per game.

The key to Eno Benjamin seeing a heavy workload will be whether the Cardinals’ offense can start off hot. So far, Arizona has struggled tremendously in the first half. Head coach Kliff Kingsbury credits this as being the reason why the team’s running game has not lived up to expectations. Kingsbury believes that the most important factor to improving the running game is “consistency.”

This means giving more carries early on in the game to produce an offense right out the gate. Kingsbury has been high on Eno since the beginning of the season. The Cardinals’ head coach is excited about what the future brings for his young star running back.

“Early on I didn’t know if he could figure it out…Professionalism and work ethic and understanding his role and all those things. Each year he has just gotten progressively better. He’s one of the hardest workers on the team now. Always upbeat, always into it. Just really come a long way”