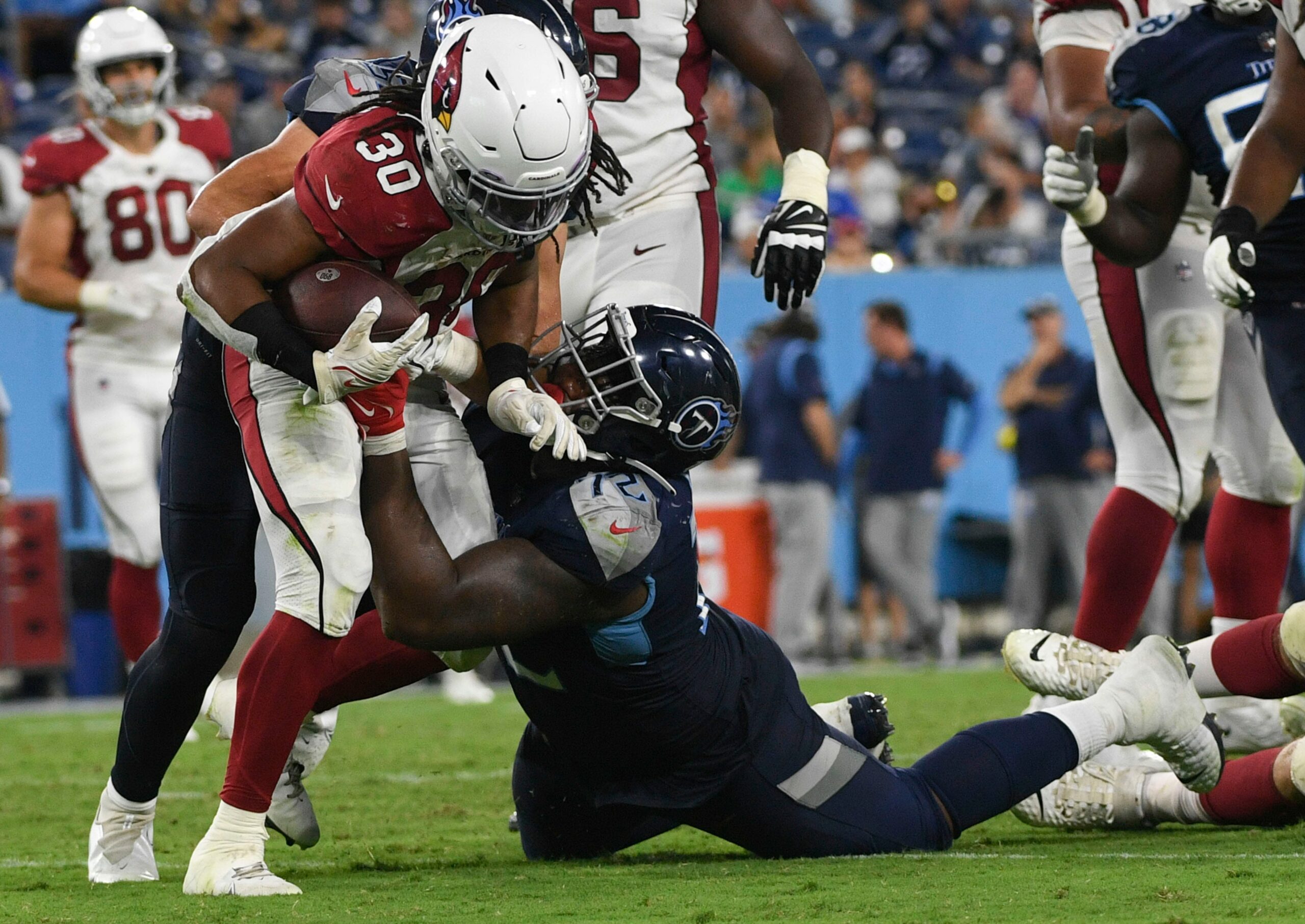 Eno Benjamin could get the start game against the Seattle Seahawks, with James Conner and Darrel Williams likely being out for the Arizona Cardinals. Also, rookie Keaontay Ingram could see some action at running back. Ingram has been a healthy scratch for the season’s first five weeks.

The Cardinals drafted Ingram with a late-round draft pick, and the rookie is ready to step in and prove himself. “I feel very comfortable. I’m confident in myself,” Ingram said. “I feel like the guys that are surrounding me are confident in me, too, so I think it’s about that time to get ready to roll now.”

At 6’0 and 215, Ingram is a bigger back but is agile. The Cardinals like to run inside and split zone plays, and Ingram can be effective on those plays. In addition, the running back has experience running from the shotgun and pistol formations, which are staples in Kliff Kingsbury‘s offense.

With Ingram’s size, he always falls forward, getting positive yards. Ingram breaks tackles to pick up extra yardage and changes directions well. He is also a capable receiver out of the backfield. Ingram does not have good long speed, but he will get the tough yards and keep the chains moving. In addition, Ingram is capable of bouncing plays to the outside.

The new Cardinals running back played his college ball at Texas and USC; he rushed for 911 yards and five touchdowns last year for USC. In four years in college, Ingram averaged 5.5 yards per carry and caught 89 passes for 672 yards and six touchdowns.