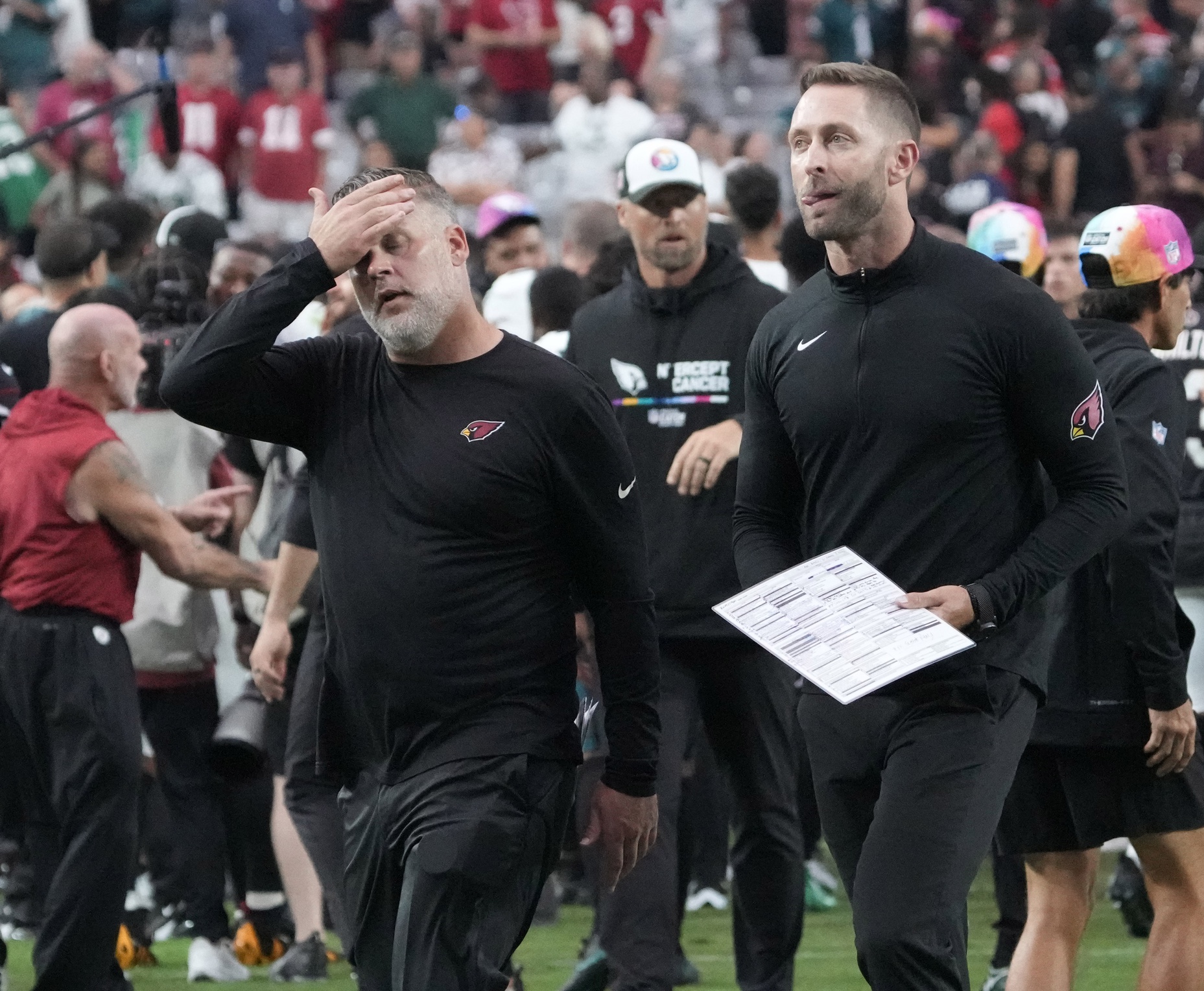 Arizona Cardinals fans and players may have been bewildered by the sudden changing in downs on Sunday, and so was head coach Kliff Kingsbury.

While the scoreboards in State Farm Stadium read first down, that wasn’t the case on the field. Kingsbury backed his star quarterback Kyler Murray, who opted to spike the ball after believing he’d notched a first down against the Philadelphia Eagles.

"I thought he was clearly past."

Kliff Kingsbury says he thought Kyler Murray had a first down before he clocked the ball which setup a 4th and 1. pic.twitter.com/CveWEuRoiO

“I thought he was clearly past, and they brought it back,” stated Kingsbury in a postgame conference. “By that time we’d committed to clocking it. 22 seconds left you ran it there.”

Murray, with less than a minute left, rushed for a near first-down completion. After believing he’d secured the first down, Murray spiked the ball to stop the game clock. In reality, the drive was now on a fourth down.

With only 20 seconds remaining, the Cards opted for a 43-yard field goal, which swung wide right. The field goal was attempted by Matt Ammendola, who the Cardinals recently signed to the practice squad.

The clock in its essence was the enemy of Arizona on Sunday. Without knowing the the actual timeframe, Murray ensured his slide was enough to secure a first down, which led to the debacle that followed.

All in all, the Cardinals showed tremendous fight in Week 5, nearly besting the undefeated Eagles. While that’s the case, the Cards increased their losing streak at home, making it eight games.

Arizona will have a chance at redemption in Week 6 against the Seattle Seahawks. The true testament will be taking performances from a juggernaut outing against Philly into Week 6.

Despite a critical error, Murray threw for 250 yards and one touchdown. The Cardinals entire offensive arsenal shined against a challenging Eagles squad. The defense was also respectable, often challenging Jalen Hurts.

Fans React to Cardinals’ Loss Vs Eagles
Chants of “Let’s Go Birds” Linger Sate Farm Stadium… But For What Team?