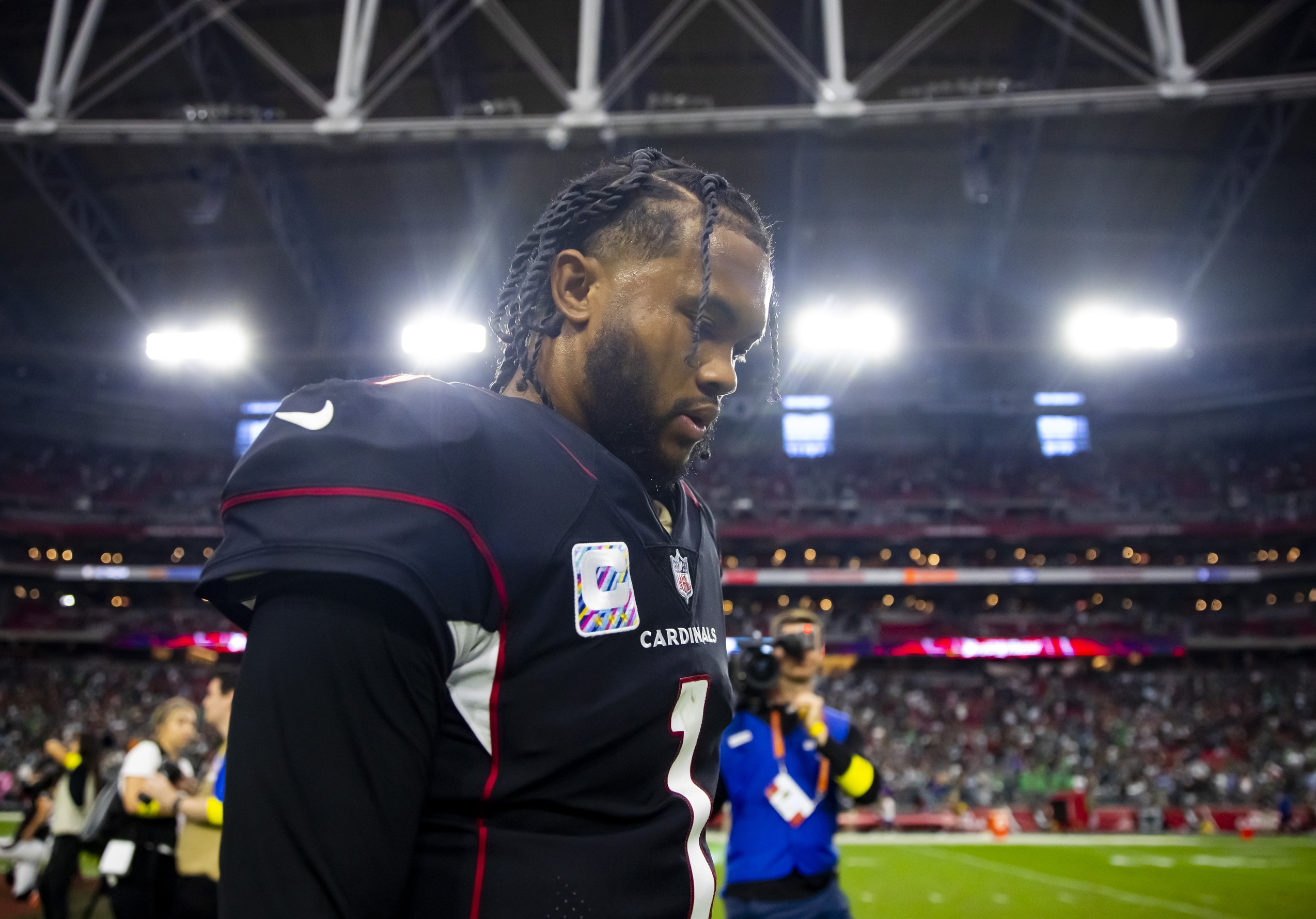 Sunday’s game for the Arizona Cardinals will leave mixed feelings amongst fans. On one hand, pushing an undefeated Philadelphia Eagles squad to their possible first lost of the season is memorable.

Yet in reality, most fans will remember a slight fluke by Kyler Murray in crunch time that sealed the Cards fate in Week 5. On a second down attempt with less than a minute, Kyler scrambled in for what he believed was a first down. In such, Murray opted to spike the ball on a third down conversion, which only left a window for a field goal.

As to be predicted, fans and the media are letting the 25-year-old quarterback hear it.

Kyler Murray is now 3-43 when Call of Duty has a 2XP weekend pic.twitter.com/NaNSSEIGrx

This BIG BO BO mistake by Kyler Murray will bring back the study clause in his contract!!! I hate that for him

Kyler slid short of the 1st down on this scramble, forcing the Cardinals into a field goal.

Cardinals missed the FG and lost the game. pic.twitter.com/TWCoSeLgT2

For a huge portion of the contest, Arizona was playing up to their competition. Both the defense and offense seemed to be firing at maximum capacity. Even as the fourth quarter approached, there was a suitable belief that the Cardinals could finally end their losing streak at State Farm Stadium.

Yet after a botched run attempt and missed field goal, the losing streak for Arizona dropped to 0-8, dating back to last season.

Aside from Murray’s last-minute awareness, Arizona should be looking to build on the showings from Week 5. Nearly knocking off an undefeated Philly squad is no easy feat.

Cardinals Eagles Comes Down to the Wire

Murray finished the game passing for 250 yards and one touchdown. He completed 28 of his 42 passes, with one resulting in an interception. James Conner had a premier showing out of the backfield with 55 rushing yards. Conner left the game early with a rib injury.

The Cards must contain the positive strides from this week as they take on the Seattle Seahawks in Week 6.