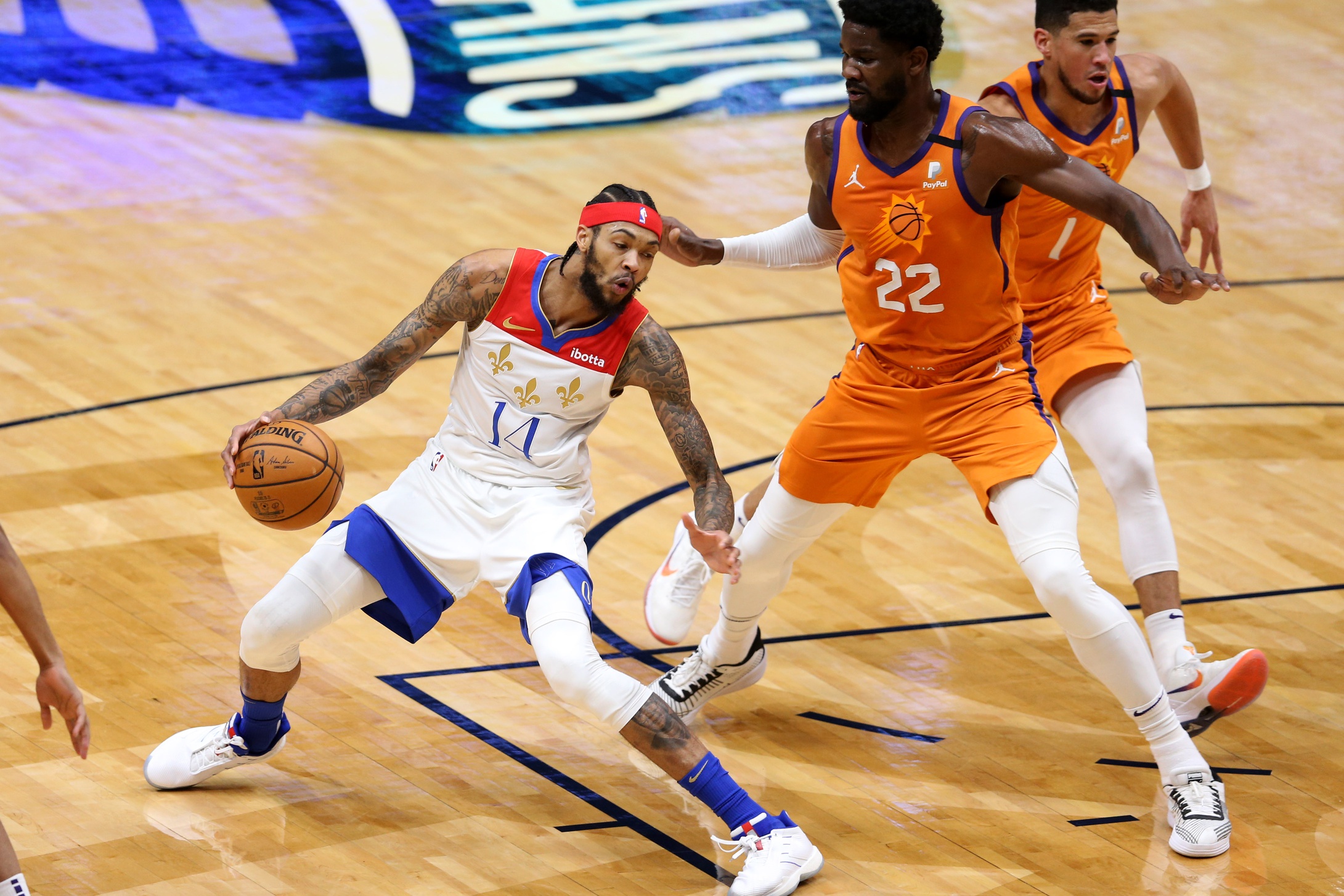 The NBA officially released the 2022-23 schedule on Wednesday. For the Phoenix Suns, a few games stick out as soon as the season gets underway.

In any fashion, it appears that the NBA believes that Phoenix can still be a powerhouse. The Suns will appear in 22 games on major television platforms (ESPN, ABC and TNT). They’ll also appear in 12 more on NBATV.

Prior to the schedule release, the power rankings held Phoenix at the No.2 spot in the Western Conference. Phoenix also has ESPN’s second-highest projected win total for the season at 53.5 That high mark will be put to the test immediately.

It was already reported that the Suns will open their season against the Dallas Mavericks on Oct. 19. What stings for Phoenix’s locker room is the possibility of walking away from the contest in defeat. The NBA world will be in no rush to spare the Phoenix squad that loss in a blowout Game 7 last season.

The harder selling point is that Phoenix hasn’t moved the needle in the offseason. The roster from last year mostly remains intact. With that, there’s not much chemistry building that has to take place. Dallas, on the other hand, will try to find a suitable replacement for Jalen Brunson — a key figure in their postseason run against the Suns.

If the Suns are able to put together a win against the Mavericks, it won’t erase the pain from last season. Even so, it’ll be a good start.

Portland poses a different story than the former. Superstar guard Damian Lillard will return to the forefront of the Trail Blazer’s offense, which can give trouble to even Phoenix. Lillard appeared in three games against Phoenix last season. He averaged 26 points per game during those outings.

Still, this is a Portland squad that currently constructed has no championship aspirations. Portland’s front office recently handed out $100 million to 23-year old Anfernee Simmons, signifying their outlook towards the future.

Given the Suns challenging schedule, it seems an easy night will be in store on Oct. 21 against Portland.

Next up for the Suns will be the Los Angeles Clippers. A year ago, there wouldn’t be much stock put into this matchup. The Clippers were without both Paul George and Kawhi Leonard, giving their boasting rights an unfortunate blow. That will change this year.

There’s been sightings of George gearing up for the season, and the seven-time All-Star hasn’t took a step off. Leonard also looks to rejoin his squad this year under management from the training staff. The dark horse in the matter, though, will be John Wall.

Wall has a clear history with injuries. That much has been taken into consideration in how far the Clippers can go this season. If the trio is available come Oct. 23, it could spell trouble for the Suns.

Nothing easy will come in a matchup against the defending champs. The Warriors will undoubtedly be on a mission to establish themselves as a dominant force once more. Many spectators had wiped the Warriors from mind given the injuries to key players such as Stephen Curry, Klay Thompson and Draymond Green.

Even so, the Warriors showed that they’re still capable of producing at a high level when fully healthy. The Suns split a 2-2 regular season record with the Warriors last season. Be that as it may, the Warriors didn’t find their footing until the latter half of the year. There’s only a day break between the Warriors outing and the Clippers matchup.

Given that, Phoenix will have to pull out the best performances relatively fast.

The Pelicans have been regarded as a sleeper team going into the season. That notion could be quickly dispelled early on. New Orleans saw their playoffs hopes dismantled in the first round last season at the hands of Phoenix. However, the young squad showed strides that can only get better with experience.

Brandon Ingram displayed his ability to dominate on both ends of the floor, and CJ McCollum gave decent performances given his short tenure after being traded. The key part of their schemes will be the difference this year in New Orleans’ returning franchise player — Zion Williamson. Williamson has looked sharp as he’s rehabbed from injuries.

A revitalized Williamson can prove to be a test for Deandre Ayton. Ingram also will prove trouble in the wing department.

It totality, Phoenix can come out the gates swinging as the season commences, but it won’t be an easy feat.