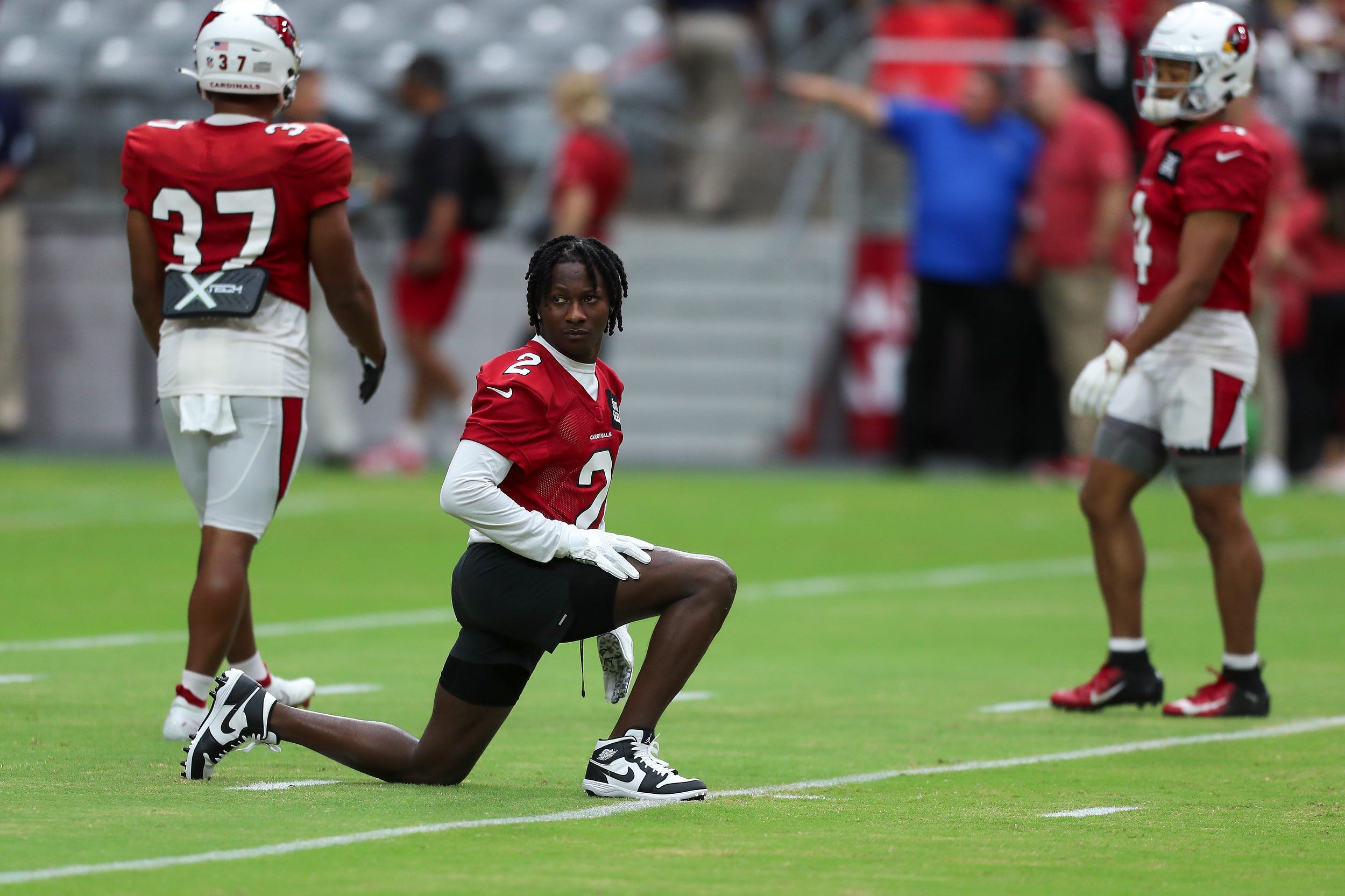 Arizona traded away their first-round draft pick to acquire Brown from the Baltimore Ravens during the 2022 offseason.

The 25-year-old WR recorded over 1000 receiving yards in his final season with Baltimore. However, what might be his best attribute is speed. Marquise Brown may very well be the quickest player currently in the league. Although he did not run the 40-yard dash during the NFL combine, Brown caught the scouts’ eyes by running a 4.33 while attending Canyon Community College.

It was a chaotic offseason for Arizona and Marquise topped it off with a criminal speeding charge just at the beginning of preseason. With that being said, the matter seemed to be dropped fairly quickly as head coach, Kliff Kingsbury, did not have much response besides, “He knows he needs to be better than that”.

For the first time since the incident, Marquise Brown addressed the media and clarified that he was not running late for practice. Brown also wanted to make it clear that he is not one to get into trouble off of the field.

“I have a lot of kids that look up to me, so I want to set the right example at all times”

“Just learn from it, you know, I’m not a guy to get in trouble. So I’ll just put it in my past and make sure I’m always doing the right things at all right times”

Concerns regarding the matter have certainly not disappeared. This can be somewhat credited to the unfortunate Henry Ruggs incident that took place on November 2nd, 2021. The 22-year-old WR found himself behind bars for driving 156 MPH while intoxicated. Ruggs killed a woman and her dog.

Along with this, Marquise Brown is cousins with former NFL star, Antonio Brown. Although not much is talked about regarding their relationship, Marquise does credit Antonio for acting as a mentor for his football skills.

As many know, Antonio Brown has seen plenty of not just off the field but also on the field issues. The 7-time pro bowler was well on his way to a hall of fame career. This is likely out of the picture now as Antonio Brown could not find his way to stay out of trouble.

Antonio was last seen on the football field stripping off his helmet, jersey, and pads then skipping into the locker room during a week 17 matchup.

Marquise Brown is heading into just his 4th NFL season and first with the Cardinals. With DeAndre Hopkins already out due to PED suspension, Brown is expected to see plenty of action.

Hopefully, he learned from the incident, and we will not see a repeat. The potential that Brown contains is through the roof, it would be a shame to see it be wasted.

Marquise Brown will have his next court appearance on Tuesday the 17th. Further details await.