Suns vs. Warriors Preview, Odds, Predictions Ahead of Tonight’s Game 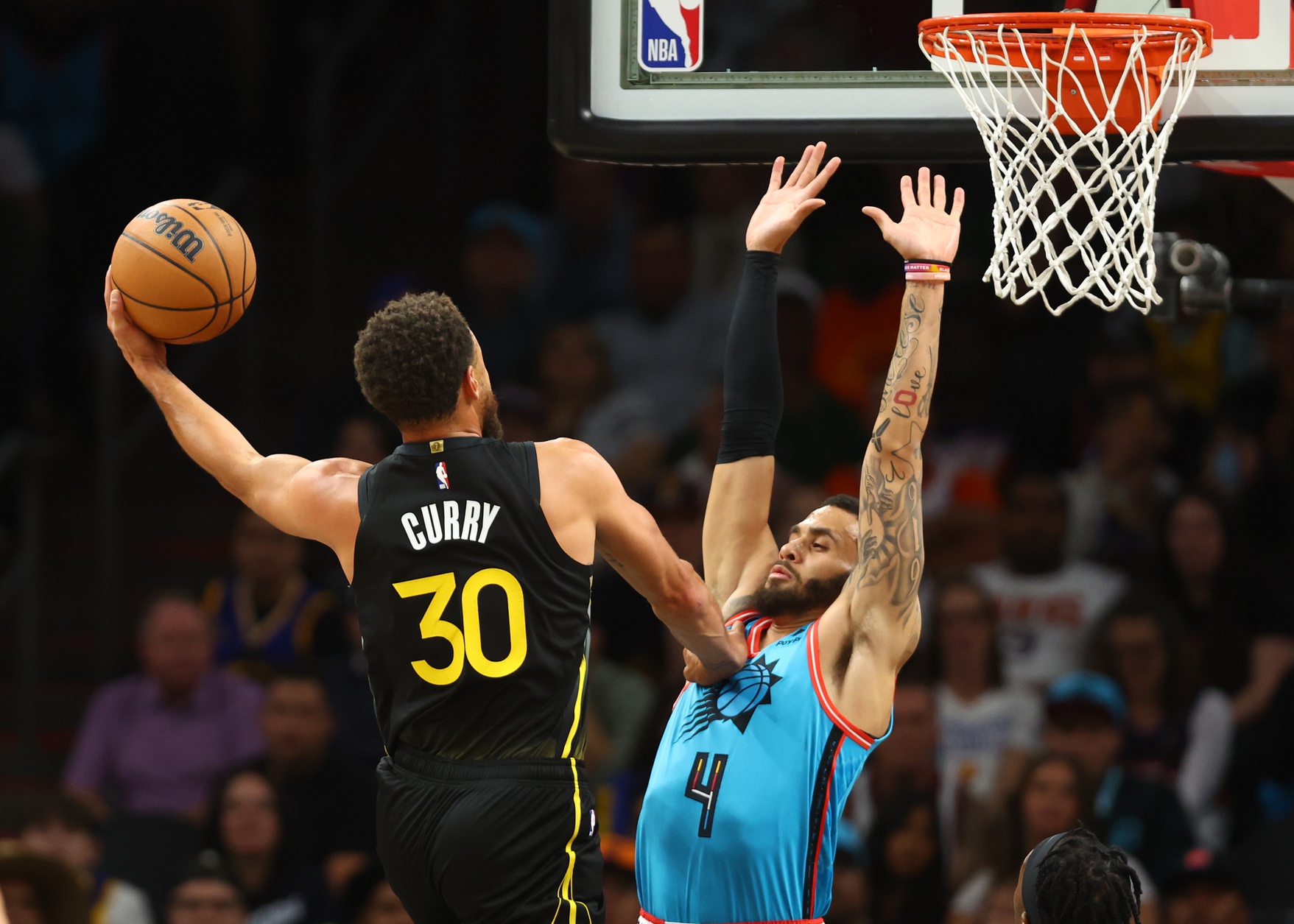 It’s been a tough couple of weeks for the Suns as they’re desperately just trying to do anything to get a win. It doesn’t get any easier as they face the defending NBA champion Golden State Warriors tonight at Chase Center in San Francisco. The Warriors this season have been up and down as they have fared an even 20-20 record on the season. However, their home record has been one of the best in the NBA at 17-4 as they look a lot like the title contenders that they are when they’re playing in front of their home crowd.

However, they have just lost back-to-back games on their home court as they fell to the Detroit Pistons and Orlando Magic this past week. In their matchup against the Magic, they had no answer for young players Paolo Banchero and Franz Wagner as they combined for 49 points on 52% shooting from the floor. The Warriors had no Klay Thompson in that game, but they got a return in all-star player Andrew Wiggins who scored 12 points in 19 minutes while Anthony Lamb led all scoring by dropping 26 points off the bench. The Warriors didn’t shoot the ball well as a team as they managed to shoot just 37% from the floor while attempting 58 three pointer’s and hitting 31% of their looks.

They’re hoping to bounce back from a tough shooting night as they will be getting reinforcements with all-star and reigning NBA Finals MVP Stephen Curry set to return for tonight’s game after missing a month with a shoulder injury. With Curry back in the fold, the Warriors will be the healthiest they have been in over a month span.

As for the Suns, they have been on a downhill spiral as they have lost 6 games in a row while battling with a tumultuous amount of injuries. Deandre Ayton, Torrey Craig, and Landry Shamet are all questionable for tonight’s game with injuries. The players that are out are Chris Paul, Devin Booker, Cam Johnson, and Cameron Payne. The only remaining Suns starter that wasn’t on the injury report was the Iron Man himself Mikal Bridges. This lack of continuity has spiraled the Suns out of control in the middle portion of the season as head coach Monty Williams is just hoping for any form of continuity to go their way over this upcoming month. Here are the odds going into tonight’s game.

The Warriors are 11.5-point favorites against the spread while the O/U is set at 229. Against the spread this season, the Warriors are 5-5 in their last 10 while being 14-7 at home. They are also 11-14 as favorites. As for the Suns, they are 3-7 in their last 10 while being 9-11 on the road. They are 6-7 as underdogs. As for the O/U, the Warriors are 14-10-1 as favorites while the Suns are 7-6 as underdogs. On the road, the Suns are 10-9-1 while the Warriors are 8-13. I would say not to take a bet that is that heavily favored, but given that Stephen Curry is returning along with the entire team being healthy. While also being a juggernaut at home and the Suns missing half their team, I would say it’s a safe bet to bet the over on all this for the Warriors as they just have too much of an advantage going into tonight’s game.

Suns Interested in Hornets’ Jalen McDaniels Ahead of Trade Deadline

In the matchup tonight I got the Warriors winning comfortably at home by a final score of 120-95. The Warriors just got too much firepower tonight and the Suns are injured everywhere you look for this game tonight. The only thing you can really look and hope for in this game is how well the role players play as the Suns are going to need a lot of these guys in the future portion of this season. Until then they’re going to have to get through what will most likely be an ugly game at the Chase Center tonight. The tip-off for the Suns and Warriors game is at 8 PM.

Suns Interested in Hornets’ Jalen McDaniels Ahead of Trade Deadline
Damion Lee Set to Make His Return To The Bay Area For The First Time Since Leaving
Loading More Posts...