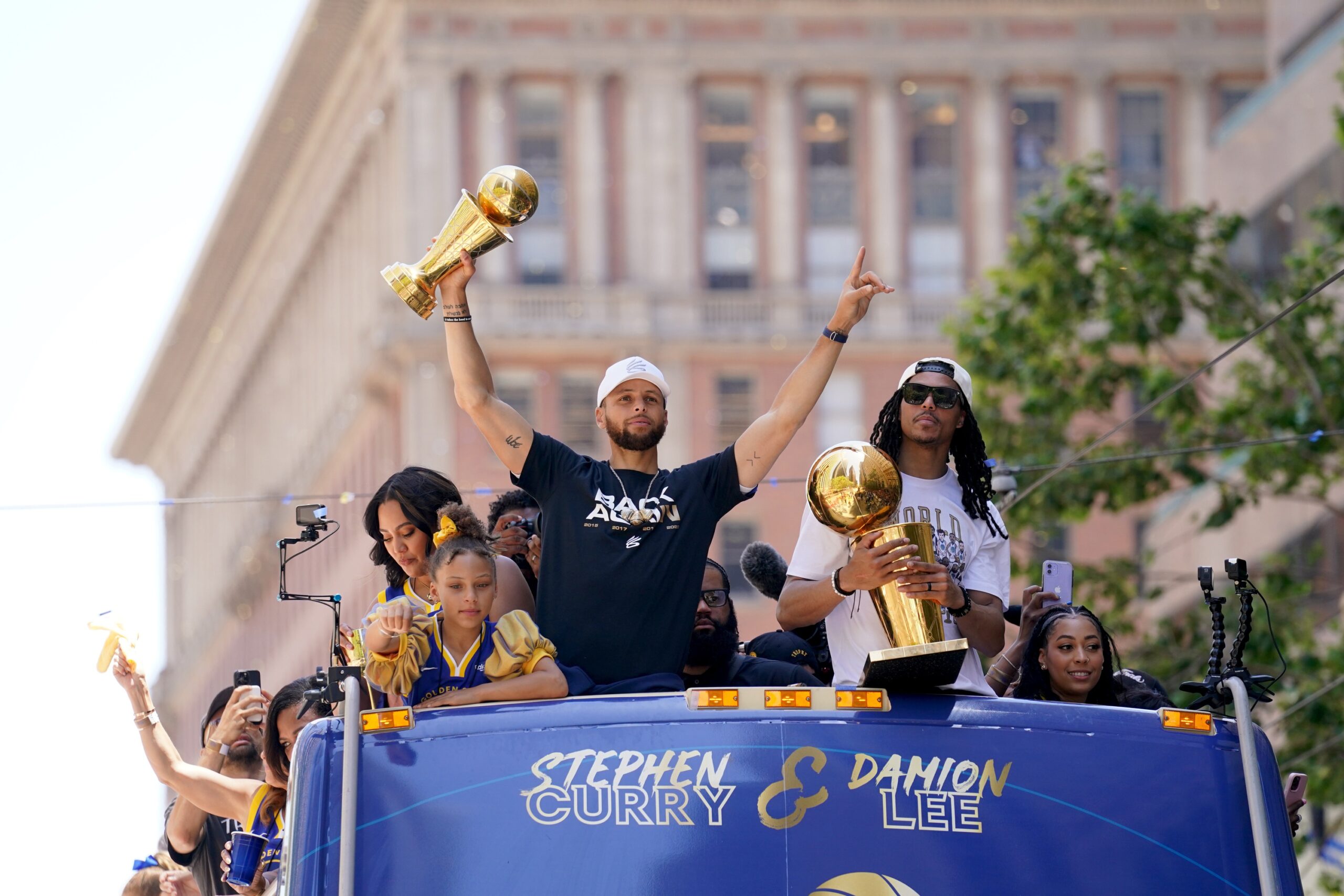 It will be an unforgettable night for Damion Lee and his family as he’s set to return to Golden State tonight when the Suns take on the Warriors on TNT. Lee has spent the last 4 seasons in Golden State while winning an NBA championship with the team last season. Before the game today he’s expecting to be gifted his championship ring for what he did to help the team become NBA champions last year.

During that season, Lee averaged 7.4 PPG, 3.2 RPG, and 1 APG. He was a key contributor off the bench that helped bring good defense and shooting whenever foul trouble got up for players playing in front of him. He had a few great moments with the team even before last season as he hit a huge game-winning shot to give the Warriors a huge win on the road against the Chicago Bulls in 2020.

Warriors play the bulls today. TB to damion Lee hitting a game winner on them 💀 pic.twitter.com/AR4cM1jj9k

It’s even greater when you factor in that Warriors star player Stephen Curry is set to return for tonight’s game as he and Damion Lee are brothers-in-laws as Lee is married to Curry’s sister Sydel Curry. Even while not on the same team, Curry is still routing for Damion Lee’s success as he even got super hyped after Lee hit a game-winner against the Mavericks earlier this year to the point that he woke up his son Canon Curry.

And here’s another reaction to Damion Lee and Sydel Curry telling Stephen and his wife Ayesha Curry that they are expecting the birth of their first child together.

It’s safe to say that there will be a lot of tears, joy, and laughter tonight before and after the tip-off. But in between the game, Lee is just focused on trying to get a win against his former team, and here is Lee talking about this earlier in the year when the Suns played the Warriors in Phoenix.

In that clip, you can see that Damion Lee referred to this game on January 10th which he was expecting to be more emotional. Well, the time has come tonight as he’s expecting to get a lot of playing time in tonight’s game as well given the injuries. It will be awesome to see him go up against Curry, Klay Thompson, Andrew Wiggins, and Draymond Green for the first time back home. Tip-off starts at 8 PM for a very special night for the Lee family.