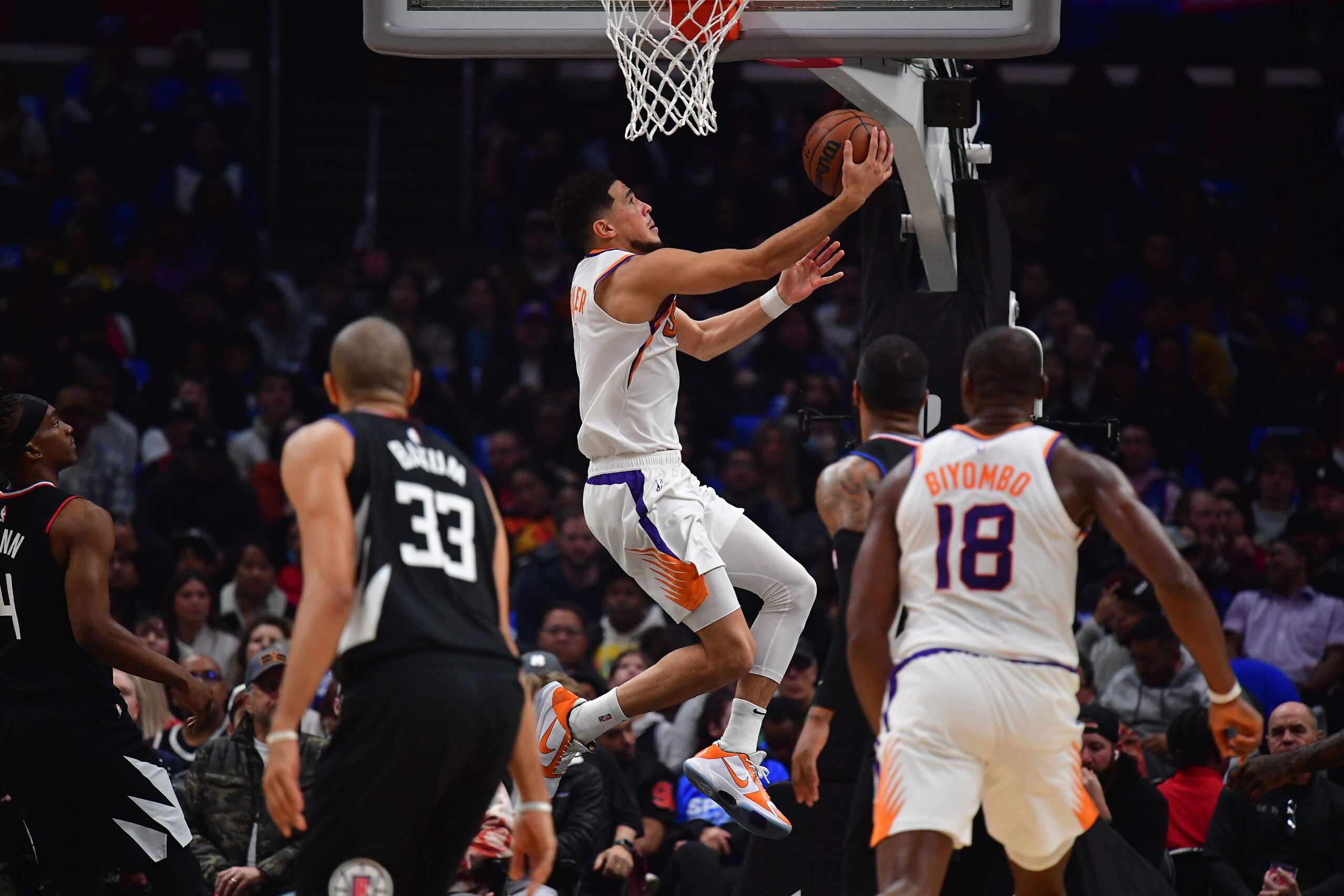 Although the Clippers were dealing with a handful of injuries, the win has got to feel good for a struggling Suns’ team.

In addition, Phoenix advanced one spot in the Western Conference standings, passing the Portland Trailblazers for fourth place.

The Suns came out scorching hot in the first half, going into the tunnel with a 64-37 lead. While Devin Booker struggled, Mikal Bridges stepped up and may have gotten himself out of his current slump.

Bridges finished the night with 25 points by shooting 10 of 16.

It was a great bounce back night for Mikal after shooting 4/24 on Tuesday against the last place Houston Rockets.

But it was this Josh Okogie dunk that had everyone talking. Coincidentally, it was over his own teammate; nonetheless, it was a dunk that will surely pop up on highlight reels in the morning.

YES, YOU READ THAT CORRECTLY pic.twitter.com/3YkdgWCRvt

Okogie finished the night with 10 rebounds, one short of his season high. And for the second time this year, he has scored at least 10 points in back-to-back games.

Cannot emphasize enough how Josh Okogie was basically the only bright spot for the Suns over the last 10 days. Dude might mess around and secure a spot in the playoff rotation at this rate

And to finish it off, center Jock Landale actually found a way to break the rim at the Crypto.com Arena.

Jock Landale ripped the rim on the 2-hand dunk and caused a delay of the game 😳pic.twitter.com/sIB62g4aig

Did not have Jock Landale throwing it down so hard he broke a rim on my bingo card today. 😱 https://t.co/9jhwkbcLhh