What’s Going On With Mikal Bridges? 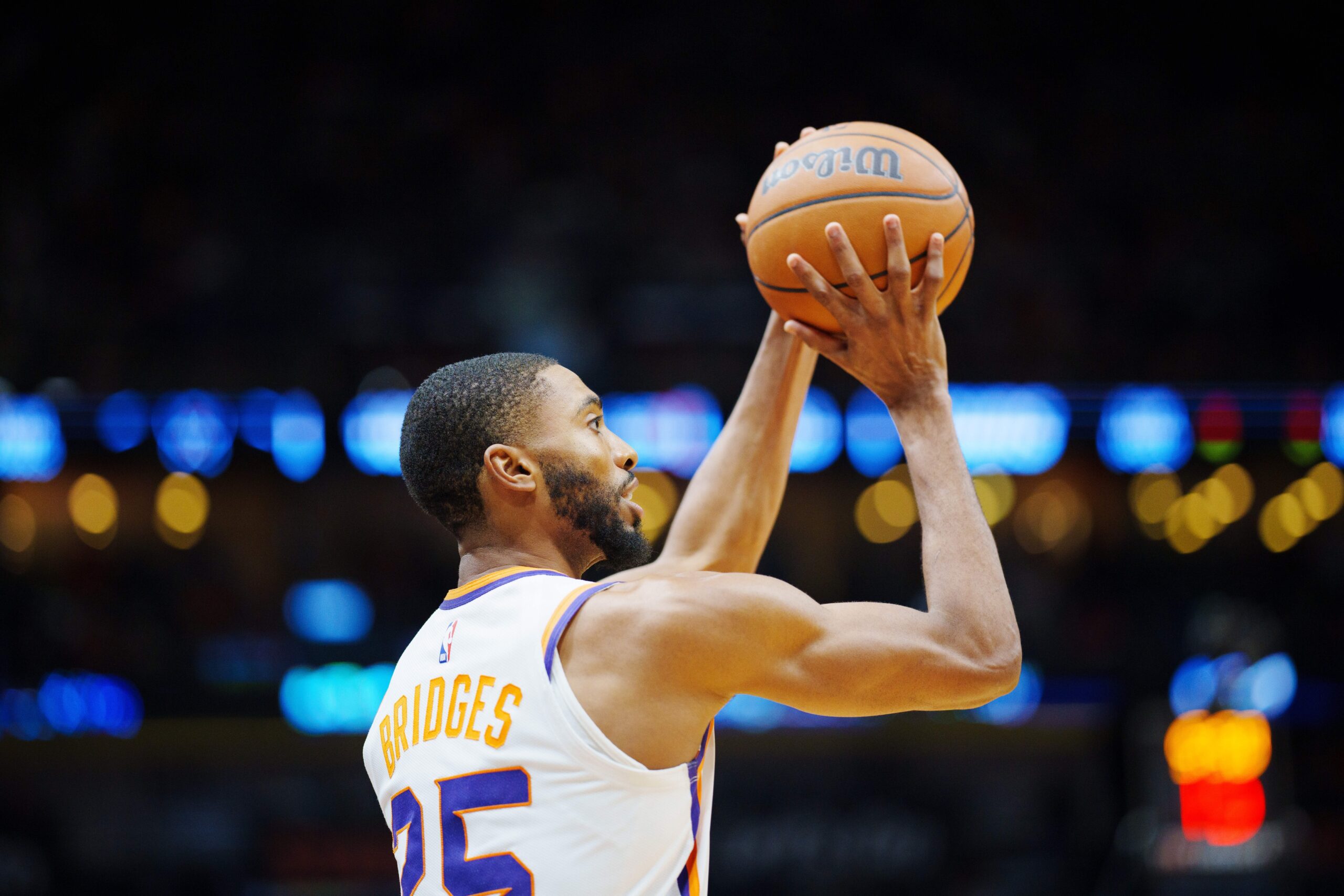 The Suns are riding a 5-game losing streak after losing to the Houston Rockets last night 118-97. In those 5 games, the Suns have been in and out with a lot of players in the starting lineup and off the bench with injuries as they just can’t get enough continuity to get things going. However, one of the players that have been playing this entire time is Suns player Mikal Bridges and during this 5 game skid, he’s been posting some of his worst stretches shooting in his career.

During the losing streak, Bridges is averaging 14.6 PPG, 3.6 RPG, and 2.2 APG. However, he’s only shooting 29.3% from the floor while averaging 16 shot attempts per game while also shooting 30.8% from the three-point line during this stretch on 7.8 three-point attempts per game. During the season Bridges has seen his best work come from the corner as he’s shooting 50.7% from corner three’s which is 5th in the league and one spot behind teammate Damion Lee who is shooting 52.1% from corner threes according to NBA University.

That hasn’t been the case over this losing streak and he had his worse shooting performance last night against the Rockets as he shot 4-24 from the floor and 2-10 from three. To top things off he’s averaging a -15.4 in this stretch as he has yet to be in the positives since the Spurs game which was 5.

The Suns Don’t Only Need Health, They Need A Little Soul Searching

One of the key things that Bridges can build off of is getting to the free throw line more as he did in yesterday’s game. He shot 8-8 from the free throw line while he’s shooting 90.6% from the season as it’s a career year for him. Not to mention that it’s a great way to build confidence so that you can find your shot again. Another thing that can be built off of this is transition and fast break points. Bridges have been averaging 1.4 steals during the last 5 games and he has 2 steals in the last three games that he’s played. When the Suns have played fast, that’s when Bridges has been excelling more and more over the course of the game.

I’m expecting a bounce-back game from him tomorrow night in LA as the Suns take on the Clippers before traveling back home for their four-game home stretch.

Monty Williams Shares A Moment With Rockets Head Coach Amidst His Father’s Passing
Devin Booker and Deandre Ayton Both Questionable Against the Clippers: Cam Payne and Duane Washington Jr. Out
Loading More Posts...