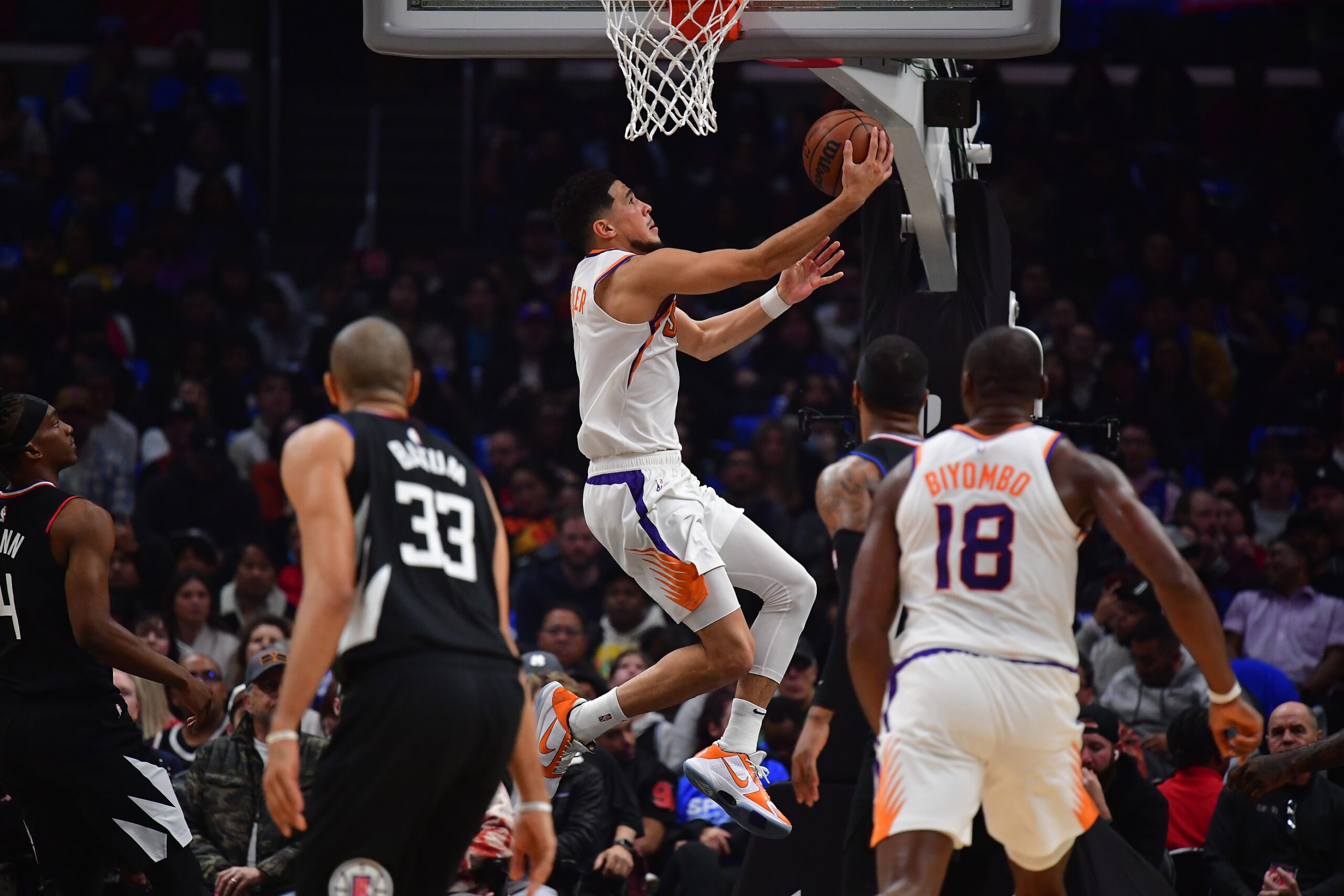 A game circled against the Los Angeles Clippers may have not been best at first for the Phoenix Suns. However, with LA’s two superstars out of the lineup, it quickly became a critical window for Phoenix to steal a win from the home team.

Phoenix was on a five-game losing streak coming into Thursday’s game, placing them fifth in the Western Conference standings. LA was directly beneath Phoenix with a 17-13 record.

The Suns were able to keep the Clippers from possibly overtaking them in the rankings, winning 111-95 on Thursday.

The Suns looked to separate themselves from the Clippers quickly after shaking off some rust during the first quarter. Mikal Bridges seemed to be returning to a corner three threat with 16 points in the first half.

Devin Booker also chipped in with 12 points in the first half on 5-of-12 shooting, though he found trouble from three-point territory.

Replacing Deandre Ayton’s production became an issue, as Bismack Biyombo looked to step in with the starters. Still, Jock Landale looked like the starter for the night given his performance during the first half.

Despite being without Ayton and Cameron Payne, the Suns were able to leave the Clippers in the rearview, putting up 35 points in the second quarter compared to the Clippers’ 19.

Continuing to distance themselves while holding the lead without key contributors would be the challenge.

Bridges surged through the first half, and he got right back to work in the opening minutes of the third quarter. The 26-year-old forward put up six points in quick succession to open the quarter, widening the Suns’ lead.

Terrance Mann appeared to be one of the few Clippers able to connect on his shots. He was up to 16 points during the third quarter after hitting a three-pointer in the opening minutes.

Despite not having Payne, Phoenix had Josh Okogie filling in all the slots necessary. Okogie was 4-of-5 from the field with six minutes remaining in the third quarter for nine points. Okogie also had seven rebounds and two assists during that timeframe.

Even so, LA was able to put together a 12-0 run with four minutes to go in the quarter, allowing the home crowd to get back into the game. The Suns still held a sizeable lead, but it’d been cut down from where it once stood.

LA had twelve minutes to capitalize on its impressive run in the third quarter. The Clippers were able to exchange baskets with the Suns through the first four minutes of play. LA put up seven points compared to Phoenix’s 9 during that timespan.

And yet, all Phoenix needed was to maintain their lead rather than drastically increase it as time began to expire. Though the Clippers were reinvigorated, it simply wasn’t enough without their two stars in Kawhi Leonard and Paul George to alter the course.

Paul continued to be a constant force, as he was up to 15 points, 12 assists and seven rebounds with seven minutes remaining in the contest.

The Suns will now enjoy a five-game homestay as they look to improve on their record.