Cardinals lose 27-13 to the Patriots, their fourth straight loss 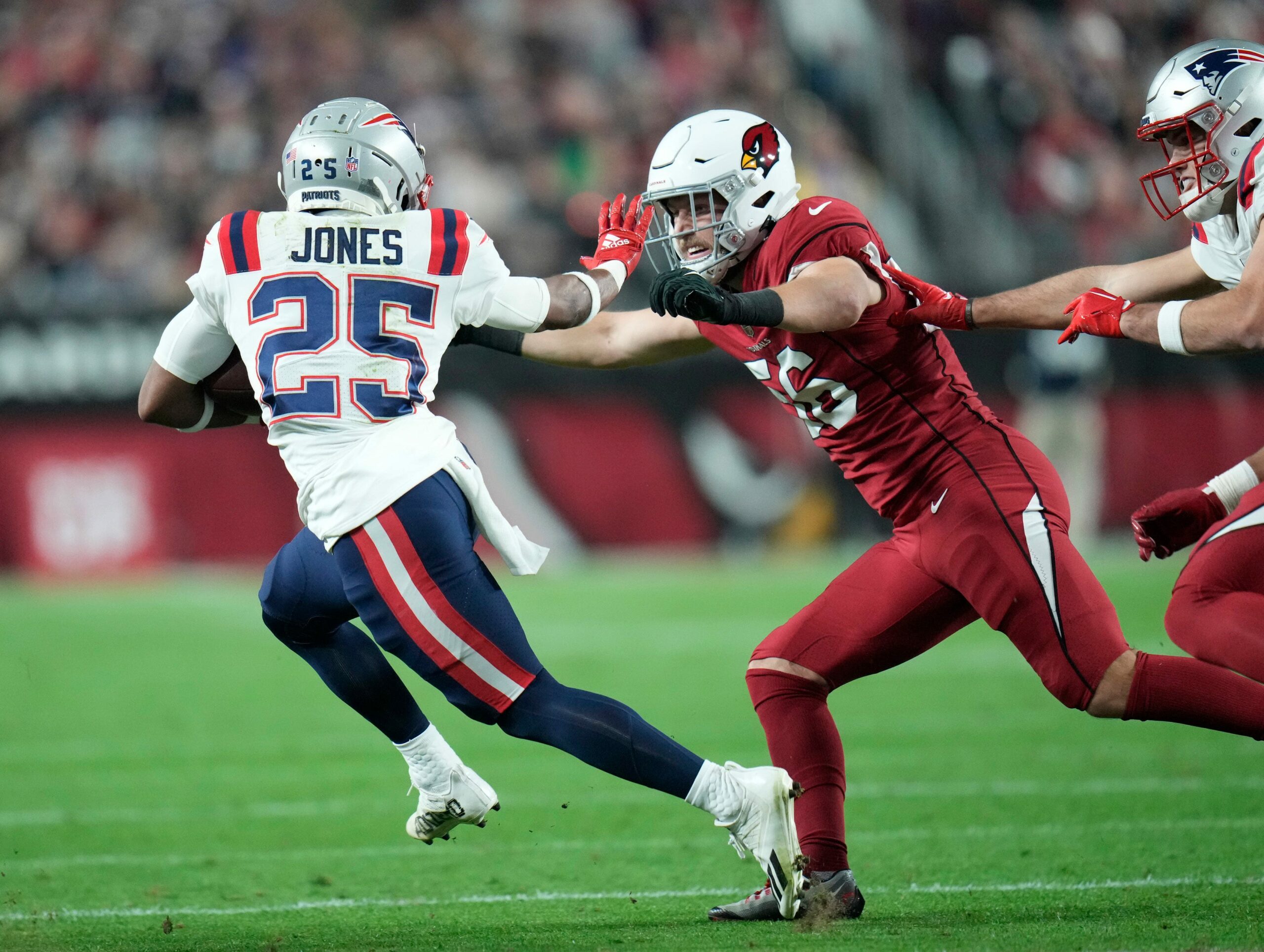 It was a disaster of a night for the Arizona Cardinals, an uppercut punch that ended any hopes of an end-of-season playoff run.

Turnovers, penalties, and injuries put the nail in the coffin for the Cardinals’ disappointing 2022 season.

But not only did they lose any hope of playoff contention, but they may have introduced a new string of consequences that can easily carry into next year.

With the franchise quarterback leaving on just the third play, it appears that Kyler Murray has suffered a torn ACL and most likely will not return until next season. Even worse, there are fears that this horrible injury could impact Murray’s playing time in 2023. A torn ACL is not something a running quarterback comes back 100% from very quickly.

The difference in this Monday night loss to the New England Patriots can be attributed to two failed fourth-down conversions.

The first occurred in the second quarter, when Arizona had the opportunity to go into halftime with a 16-7 lead.However, Kliff Kingsbury elected to go for it on fourth down instead of kicking the field goal.

This decision backfired immediately. Although there were only 40 seconds left on the clock, New England, with three timeouts, had plenty of time to cut the lead in half before the second quarter came to a close.

And this is exactly what they did. A 51-yard field goal from Nick Folk ended the first half and sent the Cardinals into the tunnel with just a 13-10 lead, despite controlling the ball for the majority of the first two quarters

A second fourth-down mistake came with eight minutes left in the third quarter. With the game tied, Arizona had an opportunity to take the lead with a 45-yard field goal. Instead, Kliff Kingsbury once again elected to go for it.

On the attempt, Marquise Brown dropped a McCoy dime, which would have placed the Cardinals in the red zone. Instead, the Patriots took over with the football and eventually ran away with the game.

The 27–13 final score can be deceiving. This was a game that the Cardinals should have won, it was a game that they gave away. Arizona did not have a three-and-out until there were less than two minutes remaining in the third quarter.

But none of these drives matter when you are committing six penalties on offense alone, throwing interceptions, and practically handing the ball to the opponent.

It was a tied game with less than half the time remaining in the third quarter. However, all momentum was thrown away after DeAndre Hopkins fumbled in Cardinal’s territory, allowing the Patriots to recover the ball and return it for a touchdown.

All of a sudden, the Cardinals were down seven and needed to answer quickly.

And what did they do?

Colt McCoy was hit on a deep ball attempt, which was easily intercepted by the outstanding Patriots defense.

After that, there was no looking back, and New England scored one more time, putting the game away for good.

With playoff hopes out of the picture, there is a serious question that many Cardinals’ fans are asking.

The season has been a disaster, the franchise quarterback may be on injured reserve, and there is no head coach in the league facing as much scrutiny as the Cardinals’ Kliff Kingsbury.

After all, this was the year that Arizona was supposed to rebound from an embarrassing late season collapse in 2022.

It was the first season with Kyler Murray not under his rookie contract, and the Cardinals were supposed to be playing in front of the Red Sea with arguably the most talented team that Arizona has presented over the past decade.

Instead, State Farm Stadium is home to a 1-6 record, opposing team takeovers, and utter shock from its own fans.

The upcoming offseason for the Cardinals continues to show its importance. Decisions made over the next six months will have drastic effects on the future of this franchise.